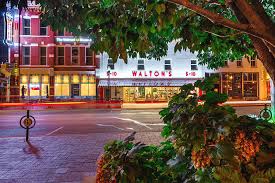 The Bentonville Film Festival (BFF) returns to Bentonville, Arkansas May 1-6, 2018, and has announced two featured titles: its Opening Night Selection is the world premiere of Elissa Down’s THE HONOR LIST, from Lionsgate’s Studio L, and the festival will present a Centerpiece Screening of Lea Thompson’s THE YEAR OF EXTRAORDINARY MEN. BFF will team with the founding sponsor for the World Premiere of Tracey Aivaz’s short film THE BOX, commissioned by Walmart to celebrate the art of storytelling.

“We’re thrilled to be hosting these trailblazing women in the beautiful region of Northwest Arkansas at the fourth installment of BFF,” said co-founder Geena Davis, Academy Award®-winning actor and founder of the Geena Davis Institute on Gender in Media. “This IS the Year of the Woman, and BFF is proud to be at the forefront of this seismic change. If they can see it, they can be it!”

BFF will kick-off its celebration of inclusive filmmaking with its Opening Night film with the World Premiere of THE HONOR LIST as its Opening Night film from Studio L, a Lionsgate company. Directed by Elissa Down and written by Marilyn Fu, THE HONOR LIST is based on a story by Marilyn Fu and Meghan Rienks, and stars Meghan Rienks, Sasha Pieterse, Karrueche Tran, and Arden Cho. The film follows former best friends who reunite when tragedy strikes before their graduation.  It is produced by sisters Mariel, Zoe, and Cisely Saldana’s Cinestar Pictures, along with PopSugar Films, and had a crew of over 60% women. Truly a film made by women, for women, it explores the complexities of friendships, family, love, loss, and high school.

“We are very happy to premiere THE HONOR LIST at this year’s Bentonville Film Festival,” said Executive Producer Zoe Saldana. “The festival’s focus on women and inclusion perfectly reflect the theme and spirit of our film, filmmakers, and cast. We couldn’t ask for a better setting to launch this special movie.”

In addition, BFF will present a Centerpiece Screening of Lea Thompson’s THE YEAR OF SPECTACULAR MEN, from a script by Thompson’s daughter, Madelyn Deutch, who also scored the film. Thompson plays a supporting role opposite both Madelyn and her other daughter, Zoey Deutch.

Madelyn Deutch portrays a woman out of college dealing with the seemingly incessant failures of adulthood and the reality of a substandard dating pool, so she resigns herself to the support of her mother and sister, who are struggling with their own relationship problems. Zoey Deutch and Thompson’s husband, Howard Deutch, served as the film’s producers, alongside Gordon Gilbertson and Parkside’s Dan Roth and Damiano Tucci. The movie also stars Avan Jogia, Melissa Bolona, Jesse Bradford, Brandon T. Jackson, Cameron Monaghan, Zach Roerig, and Nicholas Braun.

THE YEAR OF SPECTACULAR MEN is the first feature film Lea Thompson, Madelyn Deutch and Zoey Deutch have worked on together as creatives behind the scenes. It has been a long collaboration and labor of love that evolved from a yearning for funnier and more honest young women’s stories. The film is set for a June theatrical release by MarVista Entertainment
“From our inception, MarVista has taken pride in supporting female filmmakers and voices,” said CEO Fernando Szew, “With THE YEAR OF SPECTACULAR MEN, we immediately connected with the authenticity of the story and performances and know this multilayered film will have strong appeal across generations. We are honored to be working with such a talented, creative and passionate group of women like Lea, Maddie, and Zoey, who also bring amazing dynamism as an inspiring family.”

As announced on the red carpet at the 90th Oscars®, BFF will also showcase the world premiere of THE BOX, Tracey Aivaz’s 60-second short film inspired by Walmart’s blue shipping box. Walmart collaborated with three female Hollywood directors on three short films that premiered during the 2018 Oscars® telecast, and Aivaz, an Academy Gold Program intern, was surprised with the opportunity to become Walmart’s fourth participating director. Her film will be featured at the BFF’s Opening Night Ceremony and will play before every competition film screening. Aivaz will also participate on a “Women in Film” panel with other high profile women who are championing the importance of inclusion in media.

Co-founded by Oscar® winner Geena Davis and Inclusion Companies CEO Trevor Drinkwater, with support from founding sponsor Walmart and presenting sponsor Coca-Cola, BFF and its partners champion inclusion across all forms of media.

The fourth annual BFF continues to “include” by showcasing filmmakers and artists who depict the diverse, innovative and authentic perspectives that influence and shape our continually shifting world. BFF seizes its unique opportunity to connect these storytellers with change makers and industry leaders, with the goal of producing and distributing mass-consumed media that reflects all voices. The full lineup of films, music, panels, and guests will be announced in the coming weeks.

About the Bentonville Film Festival
Co-founded by Academy Award® winner Geena Davis & Inclusion Companies CEO Trevor Drinkwater, the Bentonville Film Festival is a one of a kind annual event that champions inclusion in all forms of media. BFF is a yearlong platform, culminating with an annual six-day festival, in partnership with founding sponsor Walmart and presenting sponsor Coca-Cola. The Bentonville Film Festival is held the first week of May of every year in Bentonville, Arkansas and includes an impactful Inclusion, Research and Content Summit. Connecting engaged entertainment industry leaders and major corporate change makers with a diverse array of storytellers affords BFF the unique opportunity to amplify commercially viable content, solutions and initiatives that adequately represent the world around us. Because if they can see it, they can be it! www.bentonvillefilmfestival.com

About the Bentonville Film Festival Foundation
Bentonville Film Festival Foundation, Inc. is a 501(c)(3) non-profit organization focused on promoting underrepresented voices in the entertainment industry through research, education, mentoring and industry partnerships. The primary partner of the Foundation is the Geena Davis Institute on Gender in Media (GDIGM). The Foundation believes that by convening the media ecosystem – advertisers, content creators and content distributors – in support of media that accurately reflects the gender balance and diversity of our country, it can create a seismic change in how we inspire young minds to do great things. The Foundation also hosts events throughout the year in multiple locations and in collaboration with other like minded organizations. 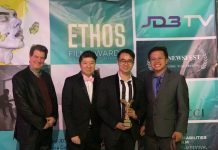