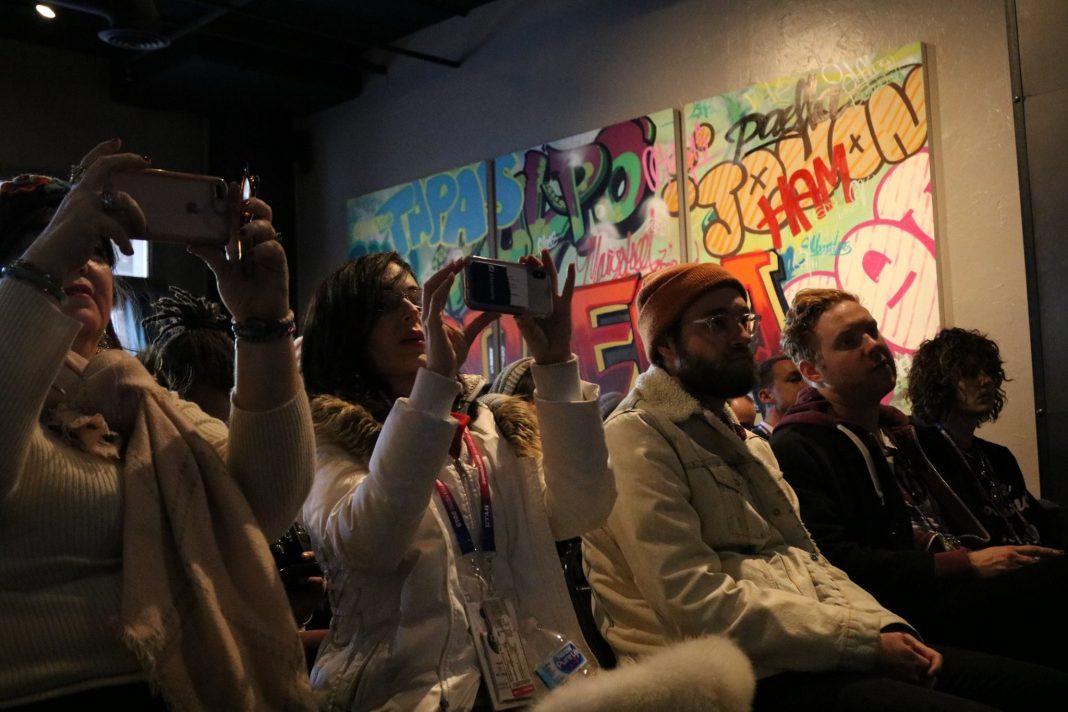 Cloud 21 PR International and Kultura PR International are pleased to present the fourth annual “Indie Entertainment Showcase 2021” special event that will be held virtually during the time of the Park City, Utah film festival.

Register for the complimentary event at: https://www.eventbrite.com/e/4th-annual-indie-entertainment-showcase-2021-registration-134459655449

“Our lives have changed so much since last year’s festival when we held our Indie Entertainment Showcase live on Main Street, Park City,” comments Nicole Muj, founder, Kultura PR. “Since the pandemic began, we have been producing a number of highly successful online events surrounding Cannes Film Festival and AFM. We anticipate this year’s virtual event will also be very well received, until things are hopefully back to normal later in 2021.”

“We’re delighted to welcome a truly international panel from France, Germany, Poland, United Kingdom and the United States,” adds Gotham Chandna, founder, Cloud 21. “We also are pleased to invite those who do not typically make the trek to Park City each January to experience the fourth annual installment of our Indie Entertainment Showcase online.”

The by-invitation only event will host a panel featuring the top names and rising stars of the global entertainment industry, including:

COO FilmFestivals.com Bruno Chatelin is a graduate of HEC MBA and spent 10 years with the prestigious international advertising agencies JWT, Masius, and Publicis. He then became a film distributor and launched some 250 films as marketing director for Columbia TriStar and served as managing director for UGC FOX. He was recognized as an innovative marketing expert and named by Film Français as one of the top film personalities when he merged the leading theatre chain UGC and Fox.

Bruno went on to become an Internet entrepreneur and co-founded several companies, including filmfestivals.com that became a global leader in festival news and a partner of major festivals and markets. He contributed to the business development of an audiovisual studio center in Cherbourg led by Eicar Group.

He runs a film consulting boutique agency where he specializes in film marketing, international festival strategies and market presentations for Cannes, Berlin & AFM, and others. Today, he serves as COO of filmfestivals.com, while curating the ‘Best for Fests’ section.

Across her films, Eva studies the concepts of acceptance and love in challenging circumstances. She poses pressing questions to direct her audience to reflect on the choices to be made, putting themselves in the shoes of her protagonists.

Her previous film, Little French Fish, starring British actors Jonas Khan and Devora Wilde, draws attention to the global stigma against interracial marriages through the relationship of an Orthodox Jewish woman and a Muslim man.  In 2020, Little French Fish was selected by one of the world’s oldest and largest Jewish festivals, the Washington Jewish Film Festival. Her previous picture Okay, Mum, won Best Picture at the Los Angeles Film Festival and was selected for the Short Film Corner at the 2017 Cannes Film Festival. She recently announced her first feature I Am Not An Actress, inspired by the philosophy of Brigitte Bardot.

Rebecca Leffler is an author and journalist based in Paris. Rebecca is the former France correspondent of The Hollywood Reporter, film critic on the Canal+ network’s hit show ‘Le Grand Journal’ and film correspondent on France 24. She has published four books focused on healthy lifestyle and cooking.

She was a creative consultant to Darren Star for his #1 Netflix series Emily in Paris. She is currently Editorial Lead, Brand Content at Publicis Luxe and also works with the Marché du Film (Cannes Film Festival) and Canneseries TV Festival.

Since starting MWE, she has produced a number of documentaries and TV shows for the international market and is currently finishing her anticipated six-part documentary series Wonder Women where we meet young women leaders in underrepresented industries around the world who are redefining leadership for a better future.

Born in 1990, director/screenwriter Kamila Tarabura graduated from the Warsaw Film School and The Wajda School. Her short film debut Into The Night won “Best Short Live Action Film Award” at the 36th annual Warsaw International Film Festival, making it eligible for Academy Award consideration. Currently, she is developing her first feature film. She is also working with Nina Lewandowska, the writer of Into The Night, on an original coming of age drama series.

Kamila gained her film experience by making short fictional films, commercials, and music videos, as well as through her work as an assistant director, which includes the TV series Krew z krwi (Penoza) by Jan Komasa and the film High Life by Claire Denis. She is interested in themes of family and specifically, the mother-daughter relationship. Her cinematic storytelling focuses on an observation of human nature with a keen eye for unique characters and stories.

Produced by Munk Studio and Papaya Films, Into the Night is the story of Krysia, a teenage girl, who leaves her home for the first time in weeks after her mother invited her to a party. She does not want to be there, but she always does what others tell her to do. At the party, she runs into Majka. The two girls slip away and set off on a journey that takes on a dizzying pace. The emotionally wounded Majka tests how far she can explore the limits of her sexuality, while Krysia does everything she can to guess her secret. Will this new friendship help to heal Krysia?

The panel will be moderated by former Access Hollywood, Emmy-winning entertainment reporter Tony Potts. Known for his smart, casual, and engaging on-air style, Tony is an expert in live, breaking, no-script situations with the ability to connect and engage audiences while creating moments.

He took that skillset into the international executive ranks co-creating, building, and launching two European companies with a focus on creating cutting-edge, audience engaging content. It’s a career built under intense daily scrutiny in a pressurized environment to analyze, execute & deliver world-class content to an audience of millions over a span of 4,000+ shows and 7,000 pieces of content.

Tony is the CEO & Co-Founder of The Content Artists, a hyper-efficient, innovative, and data-driven global content company specializing in real-time ROI while grabbing the attention of millions for its clients.