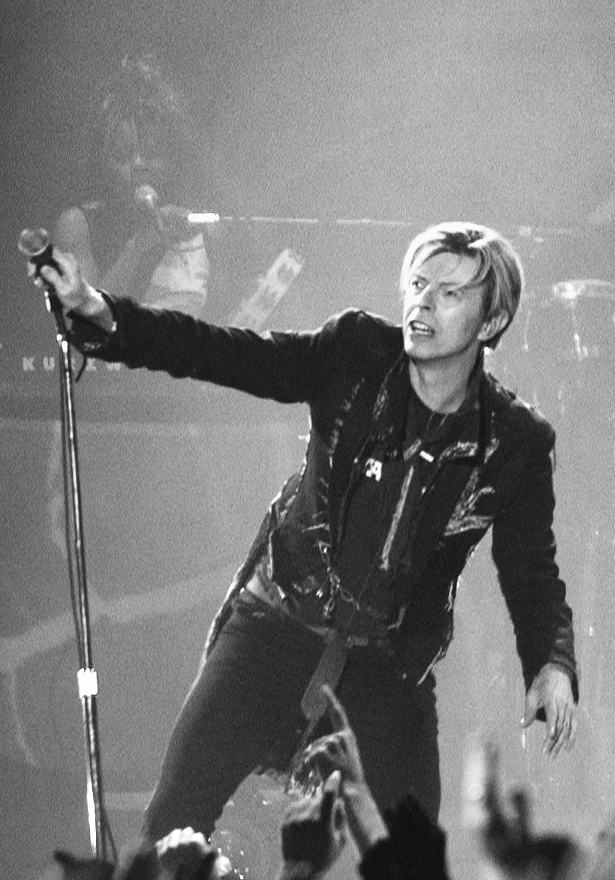 Hi friends,  Due to technical difficulties and COVID-19 restrictions, we must postpone the airing of “A Bowie Celebration: Just For One Day!” for 24 hours. The stream will start on January 9th at 6 pm PT. We apologize for any inconvenience and look forward to each of you attending the show.
Sincerely,  The A Bowie Celebration Team

A truly spectacular roster of A-list artists (Duran Duran, Boy George, Charlie Sexton, Gary Oldman, and many others) will join Bowie alumni to celebrate the rock icon’s 74th birthday and honor the 5th anniversary of his passing.

The concert, benefitting Save The Children, streams tonight beginning at 6 p.m. PT on January 8 and will be available to enjoy for 24 hours.

Tonight, A Bowie Celebration: Just For One Day! global streaming concert will bring together a dazzling array of artists who worked with David Bowie or who were inspired and influenced by his work for a celebration of what would have been his 74th birthday and the weekend of the fifth anniversary of his passing. Presented by Mike Garson, David Bowie’s longest-standing band member, the concert will stream on January 8 beginning at 6 pm PT/ 9 pm ET.

A Bowie Celebration: Just For One Day! Is produced by Mike Garson in partnership with Stacey Sher and Kerry Brown together with Rolling Live Studios.

Event organizers will donate $2 per ticket purchase to the Save the Children organization, a charity that was deeply important to Bowie. In 1997, the organization was the beneficiary of funds raised from Bowie’s sold-out 50th Birthday Concert held in Madison Square Garden and featuring many of the artists who are coming together for this event to honor a man who was their band member, friend, and inspiration.

Starting at 6 pm PT, the show will continue to play on loop and will remain available for ticket holders around the globe to enjoy for 24 hours after its initial stream. With over three hours of music, the show will offer fans the opportunity to enjoy, reminisce and experience their favorite Bowie songs as never before, performed by David’s friends, bandmates, and those with whom he was the soundtrack to their lives.

Ultimate Ears Pro has partnered with Rolling Live Studios and A Bowie Celebration to provide artists with the industry standard in-ear monitoring solution for live performances. Fans can get their own set of collectible A Bowie Celebration inspired UE Pro earphones. The show will broadcast on RollingLiveStudios.com via Lucra, a new streaming platform built by Streamlabs.

A Bowie Celebration: Just For One Day! has joined with HYFI, a leading destination for the highest-quality 4K and HDR on-demand concert programming and virtual live entertainment, as an entertainment partner for the event. The concert will be available online, as well as via the HYFI app where fans can enjoy the event on their televisions and other devices.

Fans can visit the event page at http://rollinglivestudios.com/bowie or HYFI.com/Bowie to buy tickets, purchase VIP experiences, and order exclusive merchandise. VIP ticket bundles offer fans a variety of exclusive opportunities and merchandise including everything from access to a pre-show soundcheck and an after-show Q&A with members of the band.