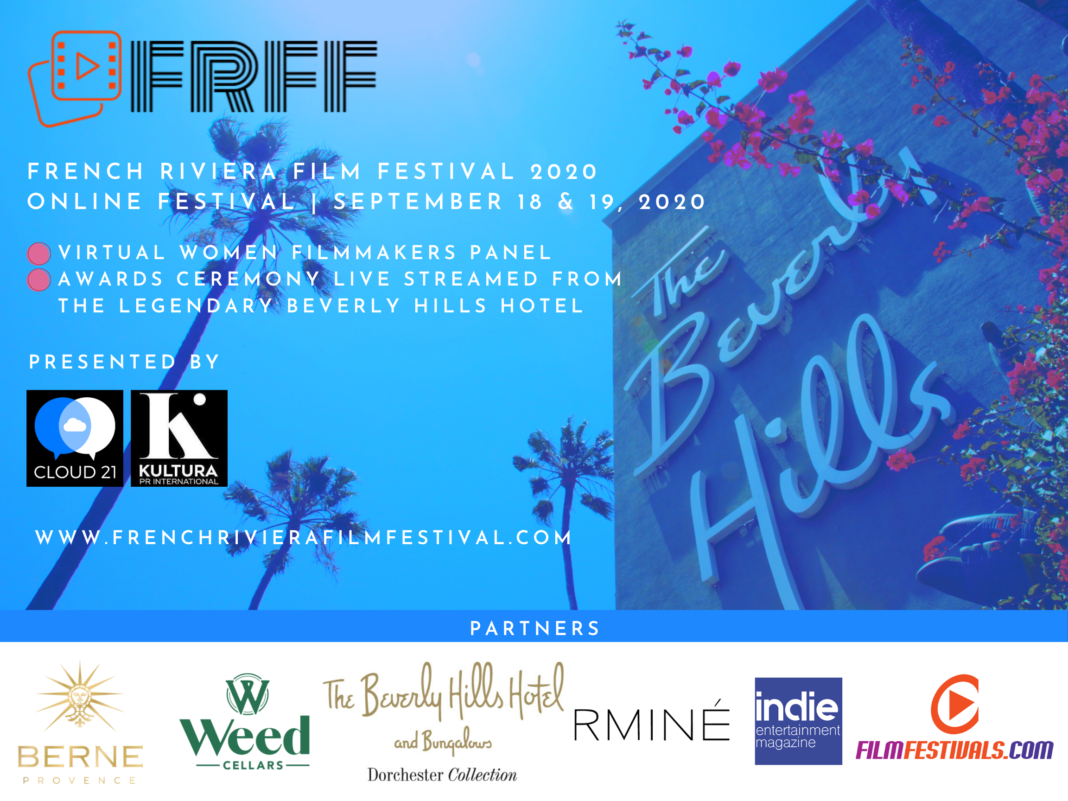 French Riviera Film Festival  is pleased to unveil the official trailer for its 2020 festival.

Due to the uncertainty surrounding public events due to the pandemic, the festival, which usually is held in Cannes during the time period of the famous film festival,  this year will be held online on September 18 and 19, with screenings each day from 1 pm – 4 pm PST.

The festival that celebrates short film and short-form content from around the globe will feature the works of filmmakers from more than 20 countries. The full list of finalists in the categories of  Drama, Comedy, Documentary, Sci-Fi/Horror, Animation, Experimental, Music Video and Fashion is available at: http://frenchrivierafilmfestival.com/finalists-2020/

As part of the program, FRFF will also feature a special virtual Women Filmmakers Panel to start off the festival, before the first day’s screenings.  The festival will culminate with a special ZOOM awards ceremony, to be held live from the iconic Beverly Hills Hotel, and to feature live and pre-recorded segments, celebrity hosts and guests, musical performances, and some surprises. RMINÉ will provide special couture fabric face masks for participants to wear during the live portion of the event.  Additional details regarding both online events to be provided shortly.