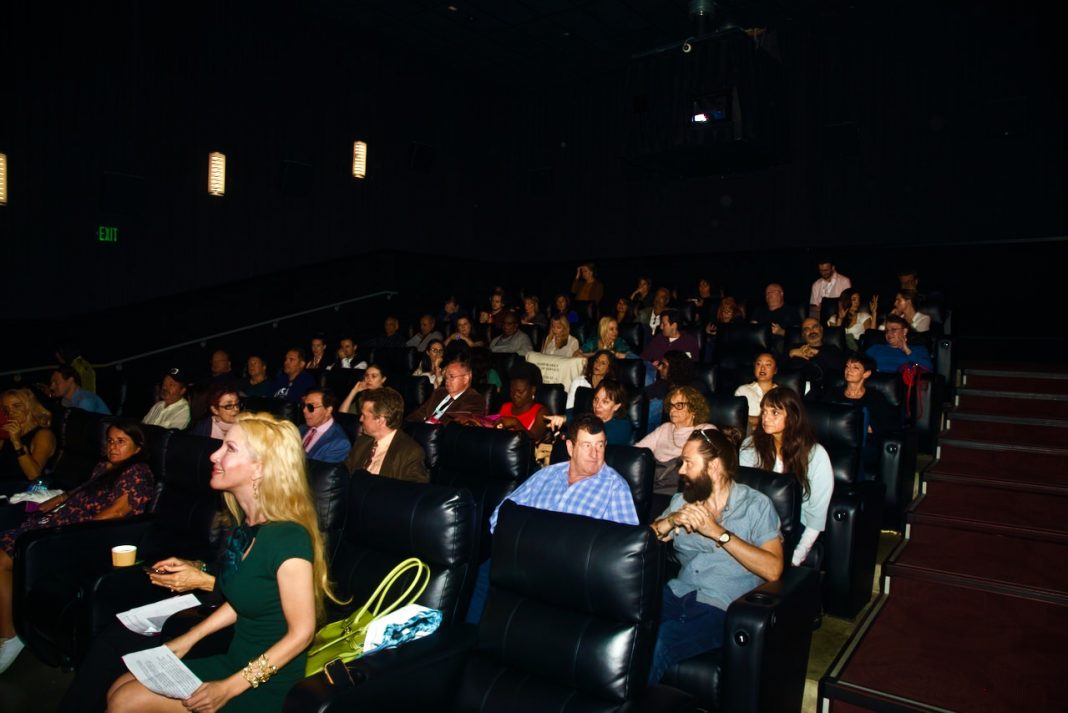 Cloud 21 International (www.cloud21.com) and Kultura PR International (www.kulturapr.com) will present the fifth Annual Production Without Borders Showcase, a special event to be held on November 6, 2022 at Threshold Entertainment Studios in Santa Monica. The announcement was made today by Gotham Chandna and Nicole Goesseringer Muj.

The by-invitation-only event held each year during AFM will feature some of the top names of the global entertainment industry. Reel360’s West Coast editor Colin Costello will moderate the hourlong panel that will feature filmmakers Eileen Tasca, Golsa Sarabi, Larry Kasanoff and Michel Shane. After the panel there will be an exclusive reception.

Register for the free event: https://www.eventbrite.com/e/5th-annual-production-without-borders-tickets-442930656517

“We are thrilled to be back ‘live’ in Santa Monica once again on November 6th at Larry Kasanoff’s studios,” comments Chandna. “We look forward to seeing our colleagues and industry partners at our annual event during the film market.”

“We have curated a panel of established leaders, and rising stars of film and TV,” adds Muj. “We look forward to learning about their latest projects and to inspire a lively discussion about the current state of global entertainment industry.”

Eileen Tasca is managing director of Alien Films and Task Films, a production whose co-shareholder is legendary Polish film director, Jerzy Skolimowski. In 2015, she was executive producer of Skolimowski’s 11 Minutes that premiered at the 2015 Venice Film Festival. The film won top prize at the Lisbon Film Festival and was selected as Poland’s entry for foreign language film for the 2016 Academy Awards. In 2010, she co-financed Essential Killing, also directed by Skolimowski, that garnered numerous awards at the Venice Film Festival.

Working again with Skolimowski, she is the Italian producer of Cannes Jury Prize Winner EO, a parable focused on the life of a simple donkey, set against the backdrop of today’s maddening reality.

Previously, she worked in venture capital at Citicorp and as a journalist for Variety and several other trade publications.  She is a member of the International Academy of the Television Arts and Sciences.

Golsa Sarabi is an international star and an action actor, who was born in Tehran, Iran and now resides in Los Angeles. Golsa boasts a diverse experience in performing arts, which includes film, stage, producing and scriptwriting. She was one of the executive producers on the film Dreams I Never Had and was nominated for the Best Actress Award at the Burbank International Film Festival for her lead role opposite Malcolm McDowell and Robin Givens. She has produced four short movies and has finished the short, First Title Above Billing, which received three nominations. She also played one of the leads in the TV pilot By Design.

Golsa was the first winner of the “Young Acting Award” at the Lee Strasberg Institute in Los Angeles, where she completed a two-year intensive method acting program. Motivated by the desire to empower women, she was the first Persian woman after 35 years since the revolution who represented Iran at the Queen of the Universe Pageant, and won the coveted award. Currently, she is in development process on her first feature titled Mia, as one of the main producers and will star in the lead role. The film is based on a true event that happened in Iran about 40 years ago. She is an executive producer of the feature film Back In The No.

Previously, as president and co-founder of Lightstorm Entertainment, Larry supervised production, marketing, publicity and merchandising for the four-time Academy Award-winning hit Terminator 2 Judgment Day. He produced two movies with Academy Award-winning director Kathryn Bigelow. As a producer or studio head, Larry has made over 250 feature films, including Dirty Dancing,  and Academy Award Winning Best Picture Platoon.  He has raised well over a billion dollars in the film business.

In the music world, he has packaged or produced video projects with several of the world’s biggest talents, including Michael Jackson, The Rolling Stones and Dick Clark. For Terminator 2, he produced MTV’s top video of the year, “You Could Be Mine” with Gun’s ‘N Roses.

Quebec-native Michel Shane has been a successful entrepreneur for more than 30 years, having achieved great success in the film industry as a movie producer and founder at Shane Gang Pictures. He is best known for his work in developing, creating, and executive producing the blockbusters Catch Me If You Can and I Robot, and financing Northfork, to name a few.

Michel has just completed a documentary on the horrors of the Pacific Coast Highway in California titled 21 Miles in Malibu. This passion project created to bring awareness to the dangers of this iconic roadway will be released soon. He is also preparing a multi-part television series on Michele Sindona, the Howard Hughes of Italy, who had his fingers in world affairs for over 20 years and at one time was one of the richest men in the world, that no one knew.

He is co-founder/co-CEO of Infinite Percent Partners, a natural products pharmaceutical company based out of Hawaii, California, and the UK. Michel is the Chair of The Emily Shane Foundation. In 2015, he received a Lifelong Achievement Award from President Barack Obama.

The panel will be moderated by WGA-East member Colin Costello, a biracial genre, comedy and horror writer and director.   The former award-winning advertising creative director has written two family feature films. 2013’s, The Stream which stands at 93% on Rotten Tomatoes. His debut short film, that he wrote and directed, 2018’s The After Party has played in 25 festivals and won five. His other short film, 2019’s Dreamwisher has won ten awards in the United States and internationally. His latest short Storage is currently making waves on the festival circuit.

In late 2018, he was selected by The Champions’ Program supported by the WGA Committee of Black Writers and designed to obtain writers of color representation or staffed.  Colin’s writing has gotten the attention of Spike Lee, with whom he helped launch an ad agency, Michael Bay, Dr. Maya Angelou, Reginald Hudlin, Tim Burton, Jan DeBont, Marcus Nispel, Pam Thomas, Disney, ABC, Netflix and The Montecito Picture Show Company.

Born and raised in Philadelphia, Colin is currently editor for industry news outlet, Reel 360 News, a  screenwriting instructor at UCLA Extension and a volunteer for Young Storytellers.