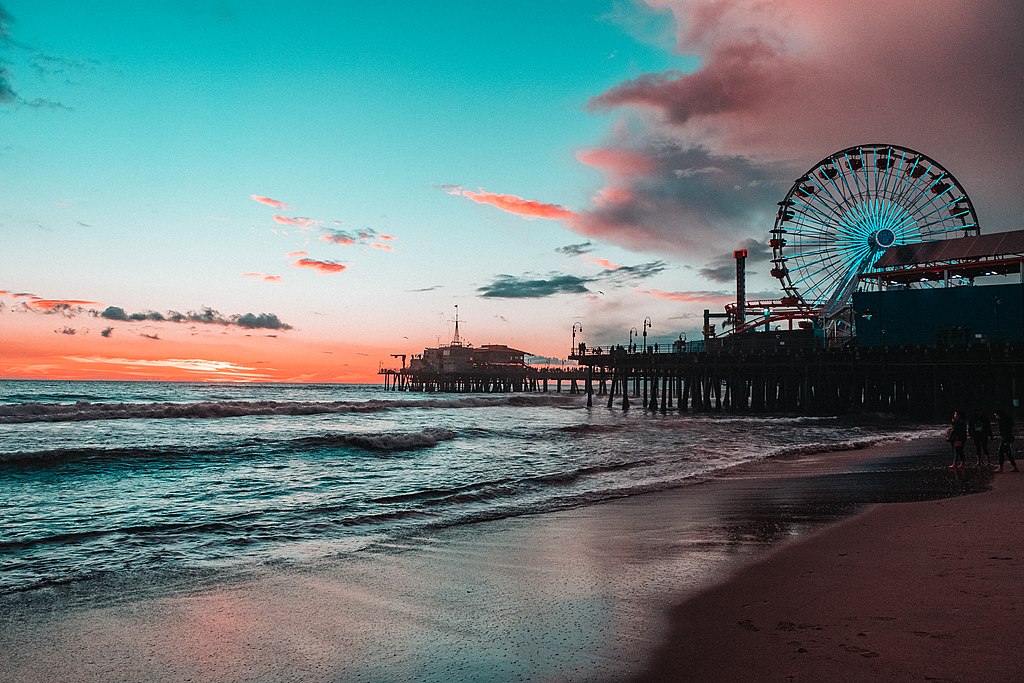 Cloud 21 International (www.cloud21.com) and Kultura PR International (www.kulturapr.com) are pleased to present the third annual “Production Without Borders” special event  that will be held  during the 2020 virtual American Film Market on November 10, 2020 at 11 a.m PST.

“We’re delighted to be able to hold our third annual Production Without Borders event once again this year,” comments Nicole Goesseringer Muj, founder Kultura PR International. “Even though the market will be online this year due to the pandemic, we can still reach the worldwide entertainment industry via our virtual event.”

“Our recent Global Entertainment Showcase held during the online  Marché  du Filme was a huge success,” adds Gotham Chandna, founder Cloud 21 International. “We’re pleased to invite the previous years’ attendees of our Santa Monica event, as well as filmmakers and industry executives from around the globe, to join us virtually in 2020.”

The online event will feature a panel of some of the top names and rising stars of the worldwide entertainment industry, including:

Yasmine Al Massri is an international actress and human rights advocate who lives between Los Angeles, Paris and Beirut. Her short film Refugee, written and directed by Brandt Andersen, was shortlisted for the 2020 Oscars. You can enjoy her latest work as ”Morena,” the Middle Eastern vampire on Netflix’s top animation show Castelvania.  She guest-starred in Law and Order‘s most acclaimed episode tackling the Harvey Weinstein scandal, and starred as twin FBI agents Nima and Reina Ameen who struggle in trying to be one person and fight terrorism in America in ABC’s drama series Quantico. She also played Selima El Sharad, Blackbeard’s love interest, in NBC’s drama series Crossbones.

Before her success in the U.S., Yasmine was well-known in Europe and the Middle East as an international actress, contemporary artist and dancer. Having a Palestinian father and an Egyptian mother, she was born and raised in Lebanon, and then moved to Paris at the age of 20 to study multimedia and live performances at the prestigious École des Beaux-Arts de Paris.

Yasmine’s first big break as an actress was in the award-winning Lebanese film Caramel, written and directed by Nadine Labaki that debuted at the 2007 Cannes Film Festival, generating great critical acclaim and becoming the most successful Arab film to date.

In 2008, director Najwa al Najjar cast her in the lead role of her award-winning film Pomegranates and Myrrh, alongside Hiam Abbass. The film opened at the Sundance Film Festival in 2009 and Al Massri went on to win the Youssef Chahine Best Actress Award for her performance at the Rabat International Film Festival.

Larry Kasanoff is the producer of all Mortal Kombat media, including two number one ﬁlms, a television series, an animated series, platinum-selling soundtracks, direct to DVD, and a live tour.

Larry is executive producer of the box office smash ﬁlm, True Lies, starring Arnold Schwarzenegger and directed by James Cameron. Previously, as president and co-founder of Lightstorm Entertainment, he supervised production, marketing, publicity and merchandising for the four-time Academy Award-winning hit Terminator 2 Judgment Day. He produced two movies with Academy Award-winning director Kathryn Bigelow. As a producer or studio head, Larry has made over 250 feature films, including Dirty Dancing, and Academy Award Winning Best Picture Platoon.  He has raised well over a billion dollars in the film business.

In the music world, Larry has packaged or produced video projects with several of the world’s biggest talents, including Michael Jackson, The Rolling Stones and Dick Clark. For Terminator 2, he produced MTV’s top video of the year, “You Could Be Mine” with Guns ‘N Roses.

Christina Rose is an American-German director, producer, and screenwriter and is part of the new Hollyworld Movement, bringing entertainment to the global world. She has worked in North America (USA, Canada), Europe (Denmark, France, Belgium, Germany, Czech Republic, Bulgaria), Africa (the famous Atlas Studios in Ouarzarzate), and Asia (India’s Bollywood). Together with her brother Michael, she co-founded MirrorWater Entertainment LLC (MWE).

Since starting MWE, she has produced a number of documentaries and TV shows for the international market and is currently stepping into the world of feature films. The daughter of a US Army General, Christina has learned that discipline, dedication, and honor are the key traits in developing and producing noteworthy and meaningful content. While she has her share of learning curves and living an adventurous roller coaster life, her determination in pursuing her dreams and goals and making entertainment that seeks to entertain, educate, and engage audiences is what pushes and motivates her even during times of crisis.

Jason Greer and Vanessa Cicarelli are high school sweethearts that have been together for over 25 years. Jason was born in Bozeman, Montana and Vanessa in Montreal, Quebec. They now live in upstate New York where they raise their children and run a family business. They started Greer Cicarelli Photography in 2000, a business that has grown over the years from family and wedding photography to commercial photography and video production. Their work has been featured in numerous magazines and publications, both nationally and internationally. They have worked for companies, such as GoDaddy, Bombardier, PenAir, BMW, Family Dollar, Canadian Pacific Rail Ways, The Adirondack Coast, and many more.

Jason and Vanessa believe in telling authentic stories be it through photography or film.  She is their first full length directorial endeavor. What began as a passion project has grown into a life of its own. She is set to become a full-length documentary delicately interweaving the weight of the forgotten with feminine beauty and the power of knowledge. She with feature the voices of Kate Mulgrew (Orange Is The New Black, Star Trek: Voyager ) as the film’s narrator, Raven Goodwin as Poetry Narrator (Smilf, Glee, The Clark Sisters, Good Luck Charlie), and special guest Poetry Narrator, Coco Jones (Flock of Four, Disney’s Let It Shine). The film’s original song is written and performed by Billboard-charted country singer Stephanie Quayle.

Award-winning British filmmaker Kate Rees Davies will moderate the hour-long panel.  Kate is an award-winning director with experience in narrative features, short film, music videos and commercials. Kate’s feature Altered Perception, starring Jon Huertas (Castle, This is Us), is currently streaming on Amazon and also was nominated for a DGA Newcomers Award in 2019.

She directed six short films that were screened at the Cannes Film Festival Short Film Corner, several of which were picked up for distribution. Recently, she was the shadowing director on Amazon’s Transparent where she was mentored by Jill Soloway. Kate has a few TV shows in development – an eight part mini-series about the last six months of Marilyn Monroe’s life and a period drama based on the life of former slave Biddy Mason.

Kate is the founder of the recently launched New Hollywood Collective, an inclusion initiative with workshops that give the members the tools to develop, finance, and produce short form and proof of concept content for next level success. To date, the participants’ films of the program have been accepted into six major film festivals. Kate also teaches directing at UCLA and serves on the board of several organizations, including NAMIC So Cal. She is a strong advocate for creating more opportunities for women and underrepresented communities within the entertainment industry, and curated and moderated the 2017 AFM panel “The Future is Female,” featuring Geena Davis.