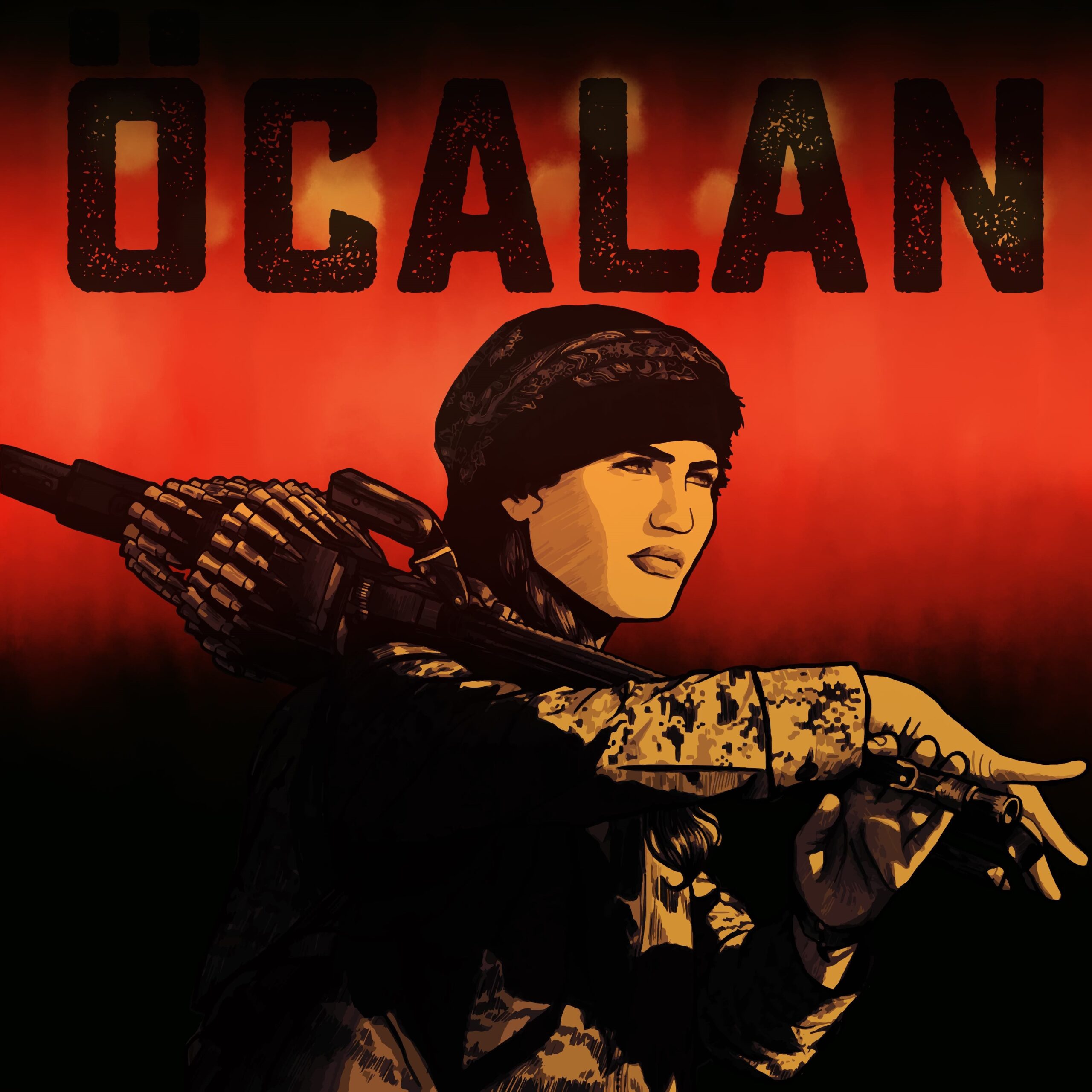 Inspired by the movement for ‘Freedom for Öcalan,’ Öcalan is an expression of admiration for the spirit of the Kurdish people, inspired by their resilience, resistance and belief in the joy of life. The remarkable awakening of the consciousness and political activism of the Kurdish people in recent years has been engendered by the remarkable leadership and writings of Abdullah Öcalan. Despite enduring decades of incarceration removed entirely from the world, his people and denied all human contacts, Öcalan still communicates through his words and as a living example of the essential strength of the Kurdish spirit. Felix collaborated with a Kurdish refugee and poet for the libretto in which Hami provided translation.

Öcalan was scheduled to premiere during SXSW this year before getting canceled due to the pandemic. The ensemble decided to record the opera with Erik Wofford at Cacophony Recorders, in lieu of performing, in hopes of highlighting the ongoing Kurdish struggle. The full ensemble consisted of Katrina Saporsantos (soprano), Trevor Shaw (baritone), Robblie LaBanca (tenor), Steven Long (bass), Emily Bishop (violin), Henna Chou (cello), Matt Hemenway (violin), Benji Dia (piano) and Richard Castillo (piano for Penaber). Öcalan is available now on Spotify: https://open.spotify.com/album/3vLpwaPyh8l4Pgs1xjqpYP

Nathan Felix is a Mexican-American music composer known for his immersive operas and experimental films. His music has been premiered in Bulgaria, Portugal, Spain, Denmark, Mongolia and the United States and his music has been featured on the BBC, MTV, NPR and PBS.

Before the pandemic, Felix completed two critically acclaimed commissions for immersive opera. Alien Wanderers : Alien World : Alien Home featured soloist Katrina Saporsantos and addressed discrimination and issues surrounding the United States’ southern border, marginalized groups and reappropriation of borders, premiered at Blanton Museum on Nov 21 2019. A Dream is a Dream is a Dream is a Dream… a ‘silent’ headphone opera about fictional conversations between artist heavyweights from the Surrealist movement and Pop Art movement premiered at McNay Museum on Nov 7 2019.

His first large work for orchestra was featured by the BBC and later made into a documentary titled, The Curse & The Symphony. The award-winning documentary screened at 52 film festivals, and was distributed by Gaiam TV. Felix was featured on PBS and nominated for a Lonestar Emmy for work on his 6-Piano Project in which he restored six pianos for a concert featuring two new pieces. After the concert, Felix donated the pianos to schools in lower income neighborhoods in Austin. The 6 Piano Project has since been commissioned in San Antonio (2016), Barcelona (2017), Melbourne (2017) and Houston (2019).