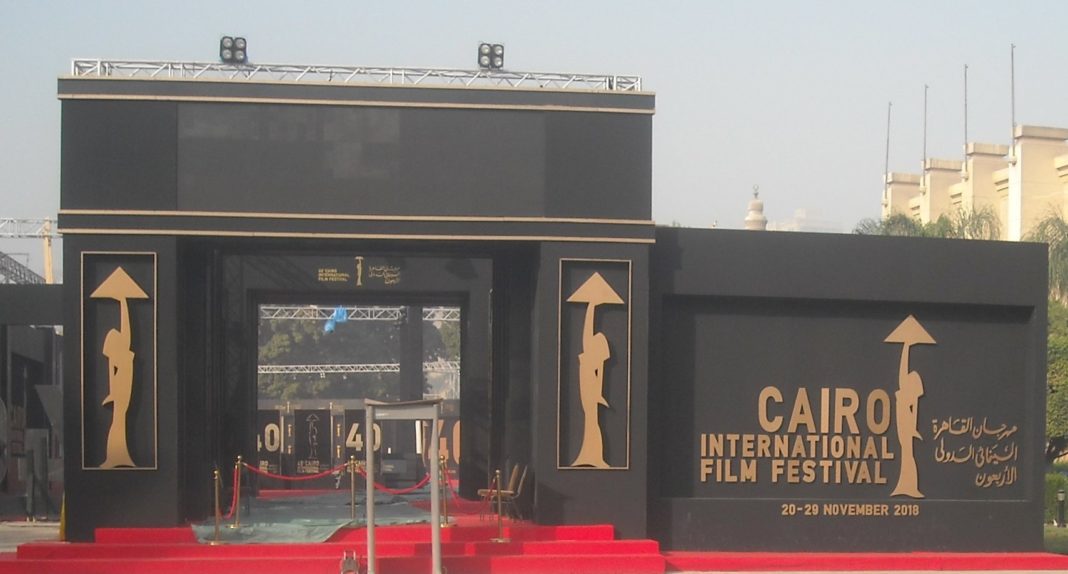 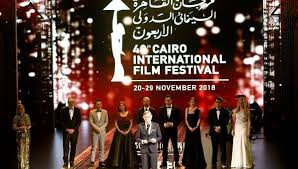 The 40th Cairo International Film Festival (CIFF), held November 20-29 in Egypt’s most sophisticated metropolis and capital (25 million inhabitants), is likewise the revered site of the Great Pyramids and Sphinx of Giza virtually at its doorstep.

The festival’s central locale was Cairo’s impressive Opera House where most of the over one-hundred feature films, including sixteen in competition, were screened, although cinema houses throughout the city presented the bulk of out-of-competition features and competing short-film fare, as well.

The Cairo event is the only major film festival in Africa and the Middle East and is a cornucopia of films from that region as well as world-class features from all over the world like from Russia, Greece, Kazakhstan, Poland, the Czech Republic and many countries in South America as well as China.

This year’s festival gave special tribute to English actor Ralph Fiennes for his illustrious career as actor and now director and presenting a special press conference where Fiennes spoke extensively about his newest directorial offering The White Crow screening out-of-competition.  Fiennes is known internationally for his stellar performances in such films as Wuthering Heights, The English Patient and Steven Spielberg’s Schindler’s List for which he received an Academy Award nomination.

The White Crow, Fiennes third directorial offering, depicts the 1961 defection to the West by Russian ballet dancer Rudolf Nureyev as well as the years leading up to the international affair.  It stars Russian dancer Oleg Ivenko as Nureyev while Fiennes plays a supporting role as the dancer’s ballet instructor in 1950s-era Leningrad (now St. Petersburg).  The film features stunning scenes in Russia and equally impressive ones in Paris where the defection occurred.  During the press conference, Fiennes stressed the film’s theme of choice and how that can come with great consequences.  In Nureyev’s case, it came with the loss of country, deep professional bonds and friendships and close family ties.  The film was first released in the US in August of this year and has various additional release dates scheduled throughout 2018.

Two other films deserve mention.  The first is Queen of Spades by seasoned Russian writer/director Pavel Lungin.  It is a brilliantly executed drama, often violent, featuring a cast of singers during rehearsals for Tchaikovsky’s opera (of the same name).  The singers curiously mirror the opera’s leading characters and manage to terrorize and ultimately destroy one another in today’s frenzied Moscow much the way the opera’s own characters do.  The film stars Ksenia Rappoport and Ivan Yankovsky, the latter putting in an awesome debut performance.

Rafaël is the second film, one from Belgium, which deserves mention.  The Arab Spring forces Tunisian Nazir, married to a pregnant Dutch hairdresser Kimmy, to escape to Europe where he ends up in Lampedusa imprisoned as an illegal refugee.  It is a harrowing depiction of the current migrant crisis in Europe wonderfully played by actors Nabil Mallat and Melody Klaver.  The film was directed by Ben Sombogaart of Holland whose previous film Twin Sisters was nominated earlier for an Academy Award for best foreign language film.

The Golden Pyramid−the festival’s best film award−went to the poignant feature  A Twelve-Year-Night by Uruguayan director Alvaro Brechner (a Spain, Argentina, Uruguay, France co-production) set during the 1973 military dictatorship.  It begins on one autumn night where Tupamaro prisoners are taken from their cells in a secret military operation.  The order is precise: “As we can’t kill them, let’s drive them mad.”  Three of the men will then remain in solitary confinement for the next twelve years.  Among them is Pepe Mujica who would later become President of Uruguay.

Of the festival circuit, Cairo is definitely a powerhouse and offers a chance to catch many films missing their premiers at other world festivals such as Berlin, Cannes, Toronto and Shanghai.