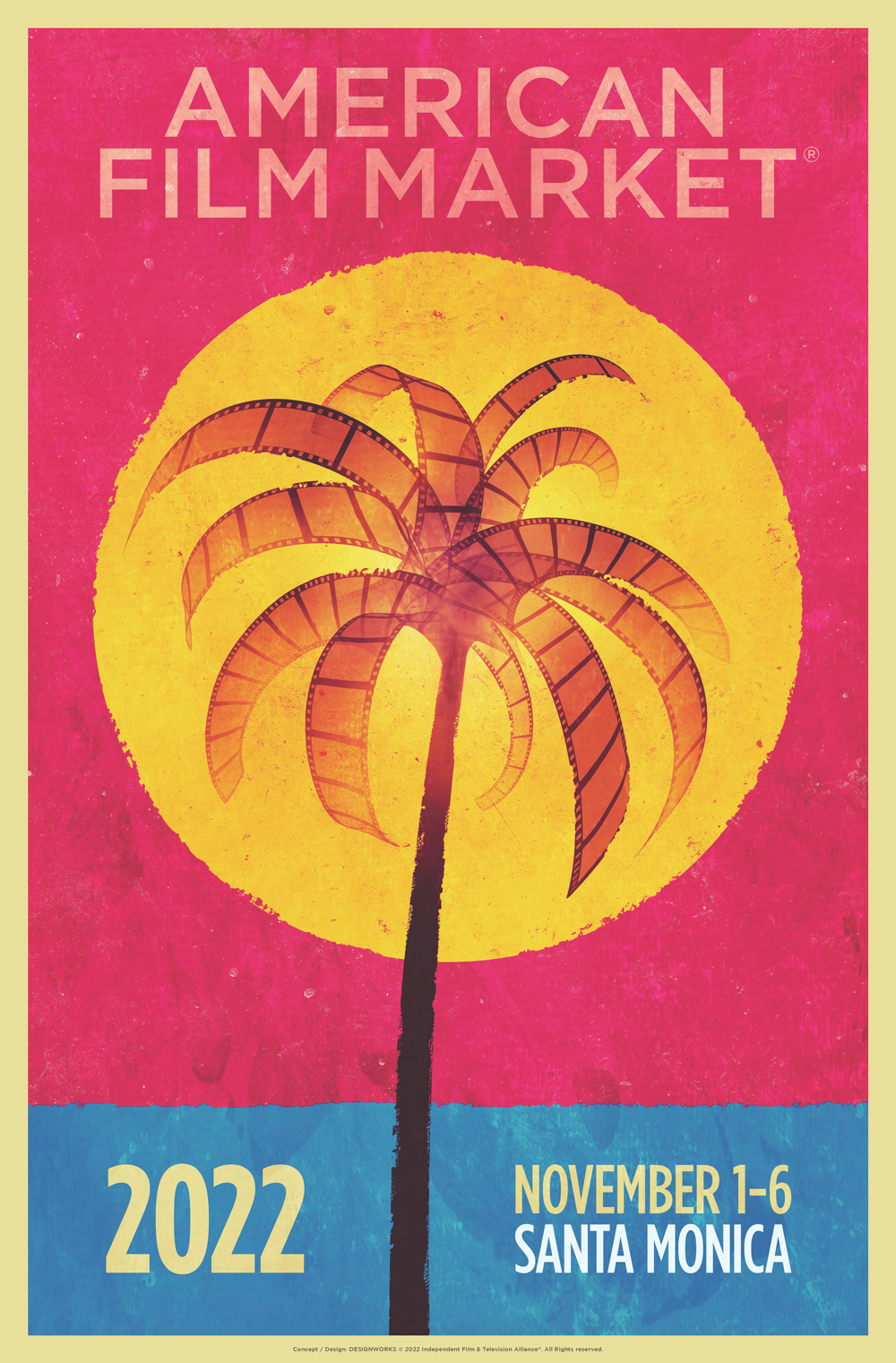 The American Film Market (AFM®) has announced new details for its 43rd edition, including The AFM Sessions lineup and speakers, LocationEXPO exhibit participants and Premiere Sponsors set for the market’s in-person return after two years online.  The AFM will commence in Santa Monica, California at the Loews Beach Hotel and theatres throughout the city, Tuesday, November 1 and run for six days through Sunday, November 6.

All sessions will take place at the Loews Hotel. The current schedule and speakers can be viewed HERE.

Alongside the sales activity, screenings and sessions, LocationEXPO at AFM will welcome Film Commissions, Government Agencies and Production Service Companies from more than 30 countries.  Organizations participating in LocationEXPO hail from the U.S. and as far as Egypt, Kauai, Malaysia, Malta, Sao Paolo, Thailand, and Tokyo.

In addition to connecting with Film Commissions and organizations, who collectively are offering millions of dollars in production incentives, AFM participants can also attend panels and presentations from LocationEXPO exhibitors and partners, including The Italian Trade Agency, The Polish Film Institute, The North Finland Film Commission, and the Louisiana Office of Entertainment Industry Development.

About the American Film Market® (AFM®)
The AFM is where the business of film comes to life every November. One of the world’s preeminent film events and the only independently produced international sales market, hundreds of production, sales and distribution companies and thousands of buyers and professionals from every segment of the industry, convene at AFM in Santa Monica for six days of discovery, development, deal making, networking, marketplace discussions and world-class conferences.  More than US$1 billion in finance, production and distribution deals are closed each year on completed films and projects in every stage of development and spanning every genre, budget and language.  The AFM is produced by the Independent Film & Television Alliance® (IFTA®) and serves as the annual fundraiser for the association.

About the Independent Film & Television Alliance® (IFTA®)IFTA is the global trade association for independent film and television production, finance, distribution, and sales companies. The organization represents the independent sector before governments and international bodies and provides significant entertainment industry services to independent companies from 22 countries.