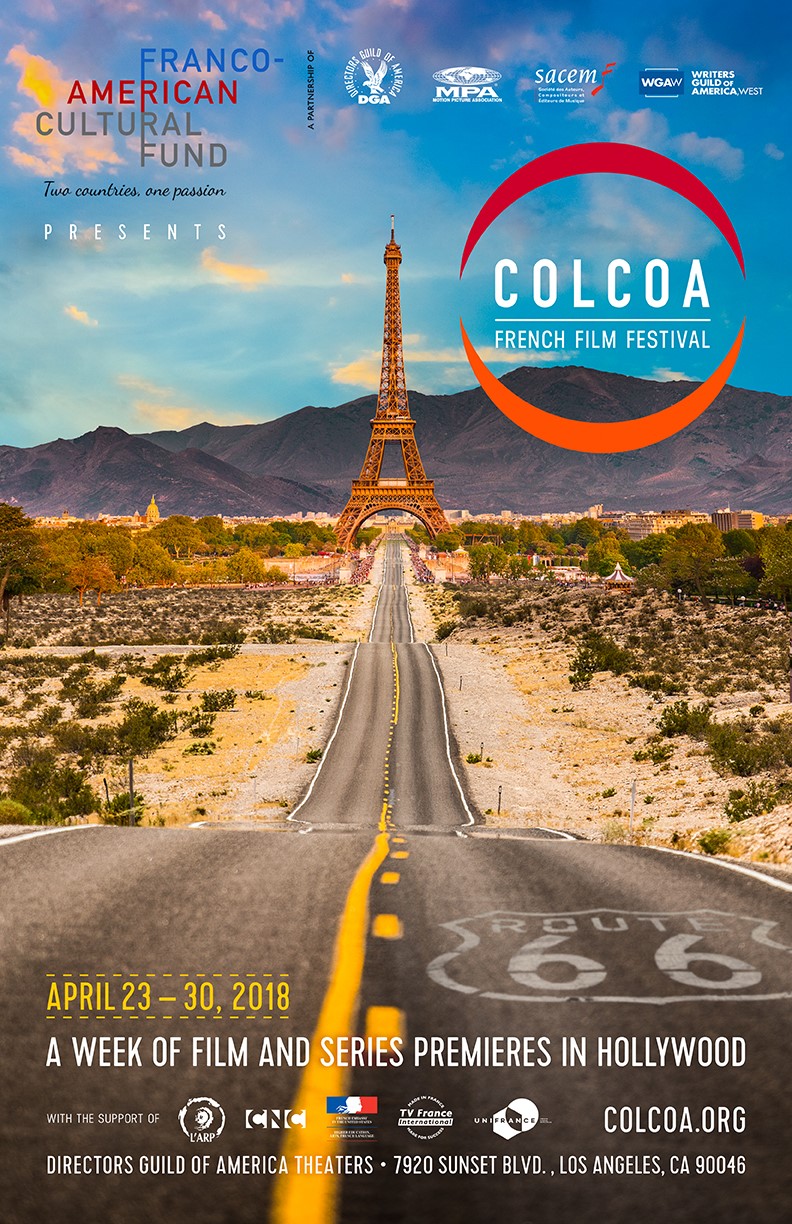 The Franco-American Cultural Fund unveiled the program for the 22nd COLCOA “City of Light, City of Angels” French Film Festival  at a special reception held at the official residence of the Consul General of France Christophe Lemoine, in Beverly Hills on April 3, 2018.

From April 23 -30, COLCOA, the largest festival dedicated to French films outside of France, will showcase a record 86 films, television series, digital series and VR programs, including several world, North American, and U.S. Premieres.  This year, festival programming will honor women in filmmaking.

“Through its different competitions, we are proud to dedicate this year’s programming of COLCOA to women, both in their role in the making of the films and series, and their central roles in the majority of the stories selected this year,” comments François Truffart, COLCOA Executive Producer and Artistic Director. “Concretely, we will also introduce a new series called Women Make History.  We will dedicate a day to first films made by female writers and directors; our Focus on a Filmmaker day will be offered to writer, director, actor Mélanie Laurent; and one of our panels will address the role of women in the French film industry.” The Lady In The Portrait by Charles de Meaux.

An exclusive lineup of 37 new features and documentaries will compete for the COLCOA Cinema Awards, beginning on opening night with the North American premiere of writer/director Eric Barbier’s “Promise At Dawn,” starring Pierre Niney and Charlotte Gainsbourg. The competition will close on April 30 with the North American premiere of Cedric Kahn’s drama “The Prayer”  that world premiered at the Berlinale, where Anthony Bajon won the award for best actor.

Actors Camélia Jordana, Vanessa Paradis, Nahuel Perez Biscayart,  Melville Poupaud, Antony Bajon and veteran writer/director Francis Veber, who will be honored on the 20th anniversary of “The Dinner Game,” will be in attendance at the festival, among others.

Additionally, the COLCOA High School Screening Program will run for five days during the festival when more than 3,000 Southern California students and teachers will be invited to attend free screenings and conversations, as well as participate in a student film critic contest. Celebrating its 11th year, this program is produced in partnership with ELMA-European Languages and Movies in America with the support of American Association of Teachers of French – Southern California.