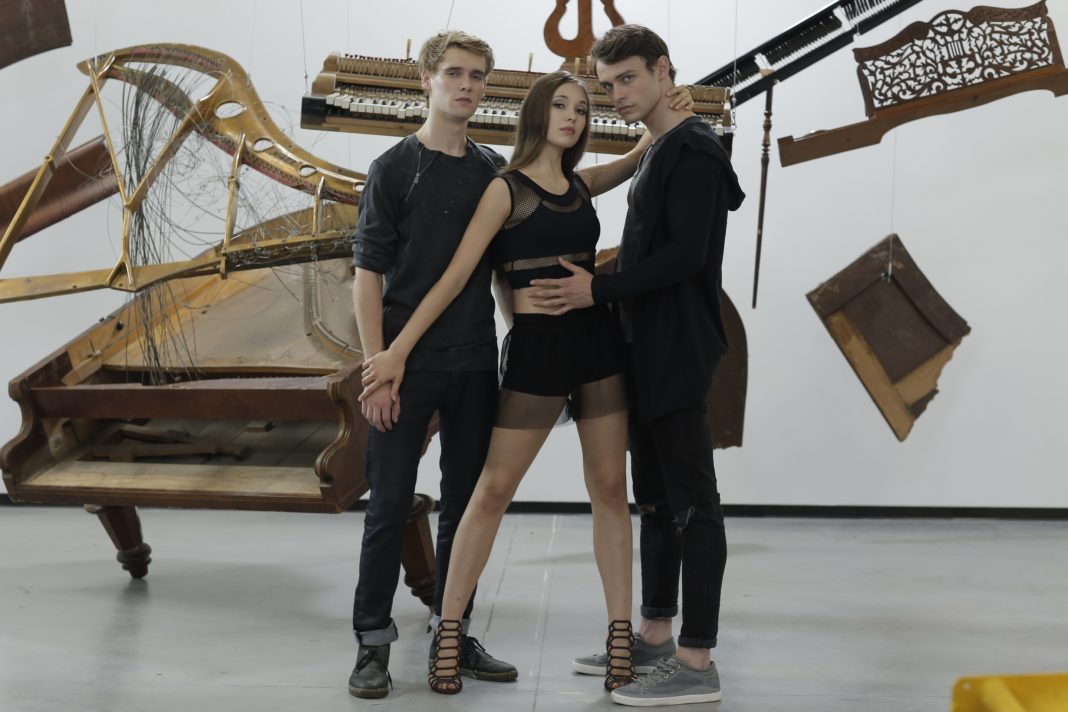 The handsome and talented Thomas Doherty, star of the new feature film High Strung Free Dance , has released the music video Masterpiece in advance of the October 11 premiere of the film.

High Strung Free Dance, the sequel to the hit 2016 film High Strung, tells the story of Zander Raines, played by Doherty, an uber-talented young choreographer who gives the break of a lifetime to two hopeful artists when he casts a stunning contemporary dancer Barlow, played by Juliet Doherty (no relation) and innovative pianist, Charlie, played by Harry Jarvis, in a highly anticipated Broadway show. The casting throws off the show’s delicate creative balance when Charlie falls hard for Barlow, while Zander embraces her as his muse.

High Strung Free Dance brings together ground-breaking original music with an expansive mix of choreography from Emmy winner Tyce Diorio (So You Think You Can Dance), alongside 80 of the world’s most talented dancers. The film is elevated by standout supporting performances from veteran actors Jane Seymour (who reprises her High Strung role as Oksana),  Ace Bhatti (Bohemian Rhapsody, EastEnders) and Desmond Richardson (Chicago), and features a cameo from Nigel Lythgoe (So You Think You Can Dance). The original soundtrack artfully blends original orchestrations, re-imagined classical pieces along with rap and pop.

Building on the model set forth in its 2016 predecessor, High Strung Free Dance once again brings together numerous dance styles and extraordinary performers from around the world, as well as the same creative team, Broadway stars director/writer Michael Damian, most known from his Y&R days, and his wife co-writer Janeen Damian.  The stylish production was filmed by Romanian cinematographer Viorel Sergovici, who captures the epic beauty of New York City, combined with truly stunning staged interior sequences filmed in Romania.

The single Masterpiece will be available on all digital platforms, including iTunes and Amazon, on Friday, September 20, courtesy of The Orchard, with the full soundtrack to be released on October 11, the same day as the film’s official opening, courtesy of GVN Releasing.

IEM’s Nicole Muj had the opportunity to attend a private screening and can attest that the inspiring film does not disappoint.