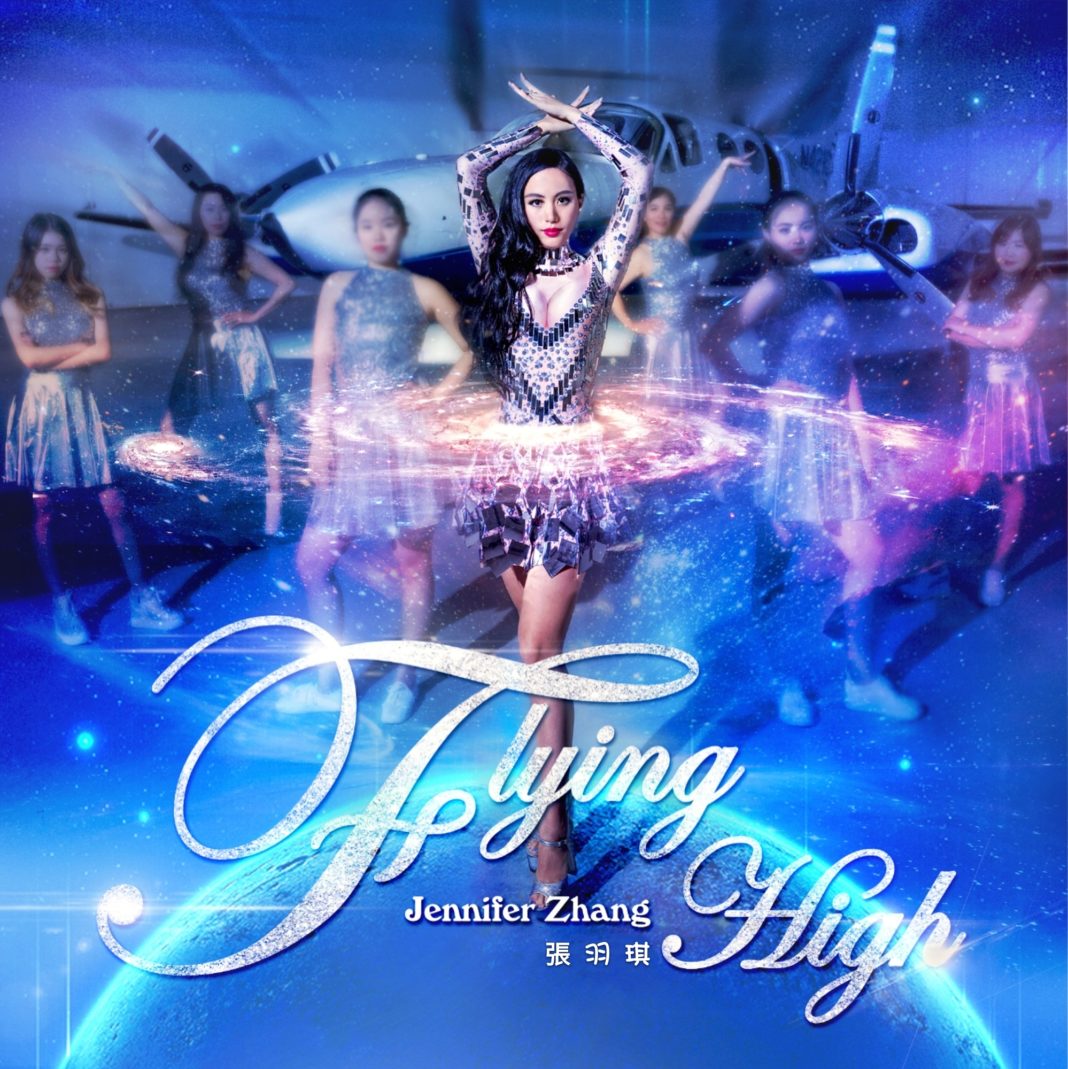 Asian American musician, model, actress, influencer, producer and entrepreneur Jennifer Zhang is making waves on the US and the global music scene with the premiere of her new single and accompanying video for “Flying High,” both set to debut this January.

“I’m delighted to share my latest single and video with my fans. Flying High is about remembering and embracing my cultural roots as an immigrant to the United States, while finding and celebrating success in mainstream society. I hope my music will inspire people around the world to pursue their happiness and realize their dreams, “comments Zhang. “I’m excited to officially unveil the single on various global music platforms, including  iTunes, Spotify, Pandora and Amazon on January 5 and the accompanying music video on YouTube on January 12.”

Pre-sales available on artist’s website atwww.jenniferzhang.com/music and on Amazon at www.amazon.com/dp/B07L6TK5K5/

All profits from pre-sales will continue to be donated to the children’s charity, Make A Wish Foundation.

The Chicago-based performer was recently recognized for her efforts to promote China – America collaboration, receiving the Best Music Video award at the 2018 US China International Film Festival https://uschinafilmfestival.org/, held this month in Houston, Texas.

“The idea of the song came to me when I was on an airplane traveling to a performance in China – in my role as musician Iʼm always flying to different cities. So the song is about feeling good about oneʼs self and touching the sky in realizing a dream,” comments Zhang.

Growing up in China and studying the ancient Chinese instruments, she created a song about the East and West coming together. She plays the dizi and the guzheng at the beginning of the song and then seamlessly transitions into English vocals and modern beats.

“The sequence represents my journey and the connection between the East and West, the elements of who I am,” adds Zhang.

The successful U.S. immigrant found her calling by producing cover videos of popular versions of American songs played with Chinese instruments. These videos went viral and she soon realized that there exists a true link between Eastern and Western music that could bring people together.

Shot over two days, the “Flying High” video, produced and directed by Zhang and her team, also combines Asian tradition with an American flair. She partnered with Heritage Museum of Asian Art, which provided a one-of-a-kind ancient canopy bed and museum space for the instrumental scenes. She collaborated with Illinois Aviation Academy, which sponsored a private jet – Cessna 421 Golden Eagle and the hangar space for the vocal segments. She also assembled a dance team, which choreographed and rehearsed together for two months prior to the shooting.

She adds, “The concept behind the music video is that you can be transported through time and space, become the person you dreamed of being, in a diverse set of roles, modern or ancient, East or West.”

The producers of the popular TV show ‘America’s Got Talent’ have taken notice of the young talent as well, inviting Zhang to audition for the highly rated network series in Hollywood this February.

“I’m sincerely honored to be recognized by the America’s Got Talent production team and to be able to share with North American television audiences the beautiful music of the traditional instruments that are unique to China,” says Zhang.

​Zhang’s musical journey started at age four under the guidance of China’s most respected professors. After graduating from Northwestern University with her bachelor’s degree, she pursued advanced studies in songwriting at the prestigious Berklee School of Music in Boston and in Chinese folk music at Central Conservatory of Music in Beijing.

She has won numerous awards in musical excellence, as well as in various talent competitions, including being crowned Miss Friendship Ambassador of Chicago in 2015 and Miss China International in 2017. In 2018, she was nominated Best Asian Entertainer by Chicago Music Awards and was awarded first prize at the Chinese Songwriter Contest in the US. She’s also the champion for China Central Television’s Global Brand Ambassador Contest.

​​Zhang has illuminated the stages at hundreds of notable venues around the world, giving headlining performances in such world cultural centers as Los Angeles, New York City, Las Vegas, Seattle, London, Seoul, Kyoto, Beijing, and Hong Kong. A career highlight was being invited to be the opening musician for 2017 Bloomberg Global Business Forum in New York City, where she played the dizi for over 250 heads of states and top business leaders, including Canadian Prime Minister Justin Trudeau, Bill Gates, Jack Ma and Michael Bloomberg.

She has also showcased her talent in front of the most known names of our time, including former President Barack Obama, Anna Wintour, and Cindy Crawford. She is a Tourism Ambassador for the State of Florida and a model for Uniqlo. Her corporate clients include Apple, Google, Ecolab, Northern Trust, Blue Moon, Brita, Hutchison Whampoa, Meijer, MGM Grand, Caesars Entertainment, and others.

Passionate about giving back to society, Zhang has partnered with various non-profit organizations, including International Music Foundation, Chicago Modern Orchestra Project, Lions Club International and Fulcrum Point New Music Project. She also serves as an associate board member of the VanderCook College of Music, an honorary member of Overseas China Education Foundation and an angel ambassador of the Project Michelangelo Foundation.

Her music has empowered many to celebrate their unique identities, work hard to overcome challenges and possess the courage to pursue their own American dream.

“Music is a beautiful form of expression, connection and inspiration. I would like to use it to bring people up and bring people together,” adds Zhang. “We all look forward to flying high in 2019.”