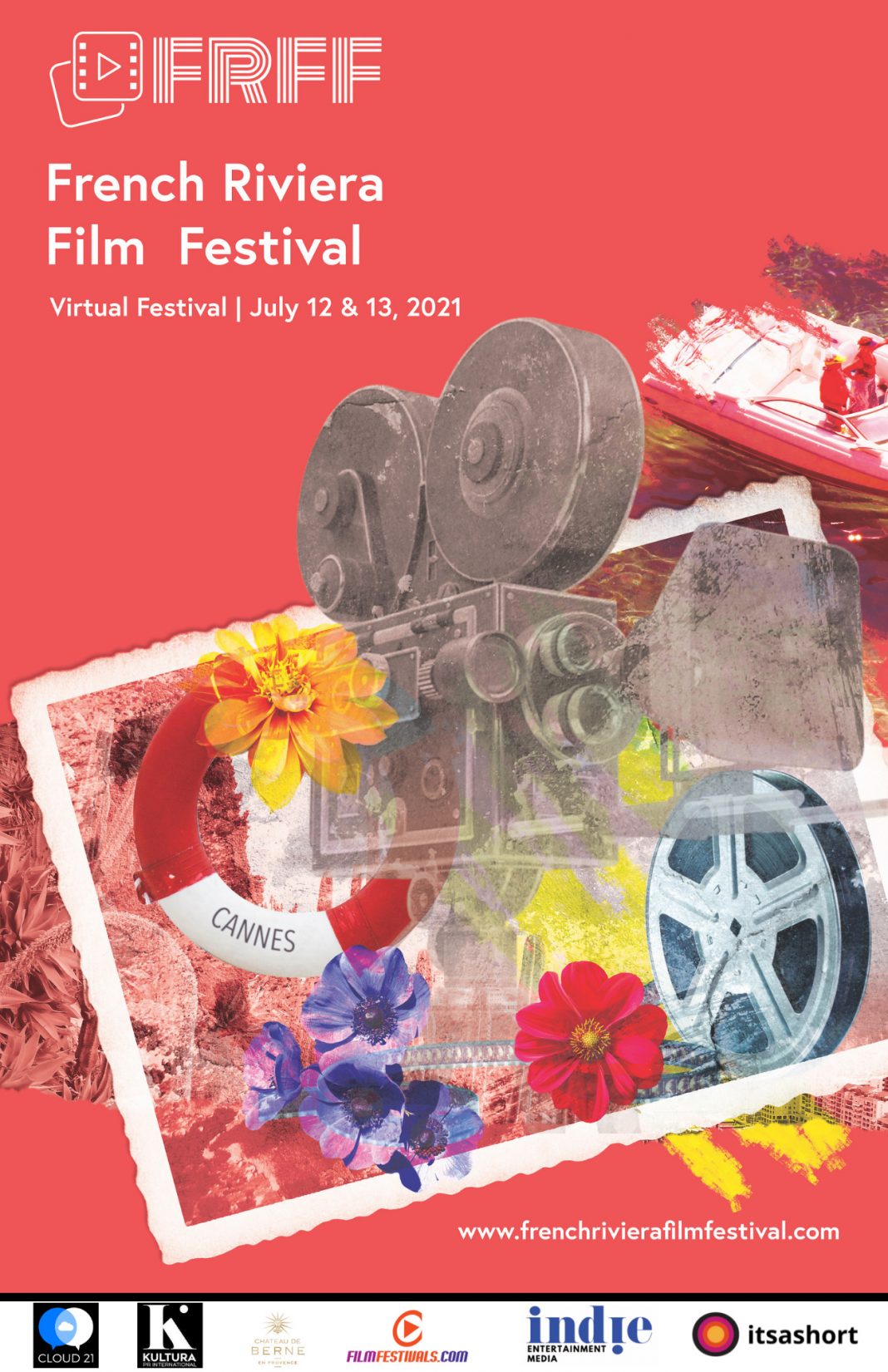 The third annual French Riviera Film Festival (FRFF) is pleased to unveil the fest’s 2021 official poster, the announcement was made today by festival co-founders Gotham Chandna and Nicole Goesseringer Muj.

The annual festival that celebrates short film and short-form content from around the globe will feature the works of filmmakers from more than 20 countries in the categories of drama, comedy, documentary, sci-fi/horror, animation, experimental, music video, lifestyle, and fashion.

“As things are getting back to normal in our industry, we’re not at the finish line yet,” comments Chandna. “Thus, we decided to hold our festival online once again this year. We hope to be in full force in 2022, with a hybrid festival to be held in Cannes, live from the Eden Hotel, as well as virtually for those who can’t make in person.”

Due to the continued uncertainty surrounding public events due to the pandemic, the festival, which usually is held in Cannes during the time period of the famous film festival, this year will be held online on It’sAShort on July 12 and 13, with screenings each day from 1 pm – 4 pm PST.  The 2021 finalists will be announced on June 14, 2021.

Goesseringer Muj adds, “Last year, we signed a long-term licensing deal with ShortsTV, which will feature a selection of some of our finalist and winning films each year on its global channel. We’re delighted to offer our finalists this wonderful opportunity and unprecedented exposure for their shorts.”

To kick off the festival, FRFF will also feature the fourth annual Global Entertainment Showcase (GES), virtually, scheduled for July 10, 2021. The showcase, usually held live in the International Village at the Palais des Festival in Cannes, will be held online this year. More details to be announced soon.

The online festival will culminate on Bastille Day, July 14th, with a special virtual awards ceremony to air on It’s A Short, featuring feature celebrity hosts and guests, award presentations, musical performances, and some surprises. An intimate VIP live reception and viewing party will take place simultaneously at the iconic Beverly Hills Hotel to celebrate the awards.

Link to virtual 2020 Awards Ceremony at The Beverly Hills Hotel:

Link to 2019 Awards Ceremony at the Eden Hotel in Cannes, France:

First launched in 2019 during the time period of the Cannes Film Festival, FRFF recognizes and celebrates short-form content created for film, television, web and all digital platforms. Each year, FRFF invites filmmakers from around the world to participate in the two-day, by invitation only event that includes screenings, gala receptions and a closing awards ceremony. Attendees and participants include filmmakers, industry executives, celebrities, media and influencers.