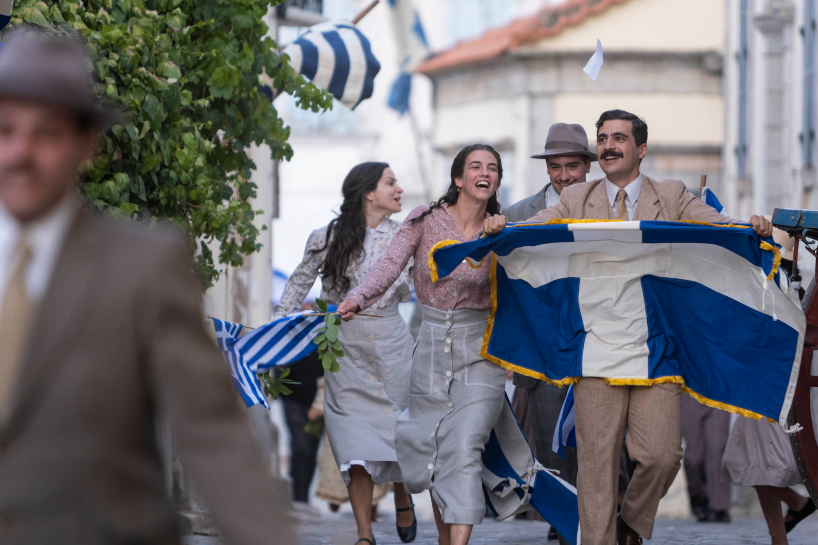 The critically acclaimed epic war drama SMYRNA, hits 700+ screens in select theaters nationwide through Fathom Events, as a one night only event on Thursday, December 8, 2022.

SMYRNA brings to the big screen an extraordinary piece of cinema that details the heartbreaking 1922 catastrophe which destroyed one of the greatest cities in the world, once known as the “Pearl of the Orient.”  It urges us to pay attention to the current refugee crisis that our world continues to face today, as people are forced to flee their homeland because of war, violence, and persecution.

Director Atom Egoyan comments on the film, “An urgent and multilayered examination of an unspeakable atrocity. Told with great passion and brimming with outrage.”

Fathom Events’ special presentation of the film includes a bonus feature with behind the scenes of the making-of, with exclusive talent interviews and a live recorded performance of select songs from the original soundtrack with world famous singer Alkistis Protopsalti, and other music artists.

Tickets are available at Fathom Events or at participating theater box offices. For a complete list of theater locations, visit the Fathom Events website (theaters and participants are subject to change).

A special screening of the film will take place on November 29th at the Metropolitan Museum of Art in New York City, under the Auspices of the Greek Permanent Mission to the United Nations.  It will also be screened at the European Parliament in Brussels on January 11, 2023, as well as other festivals and events around the world.

The film is produced by Dionyssis Samiotis, alongside executive producers Joseph Samaan and Mimi Denissi. In the U.S., promotional partners include AHEPA, Antenna 1 Satellite (ANT1) and Papadopoulou.  Film Bridge International is overseeing international sales for the film.