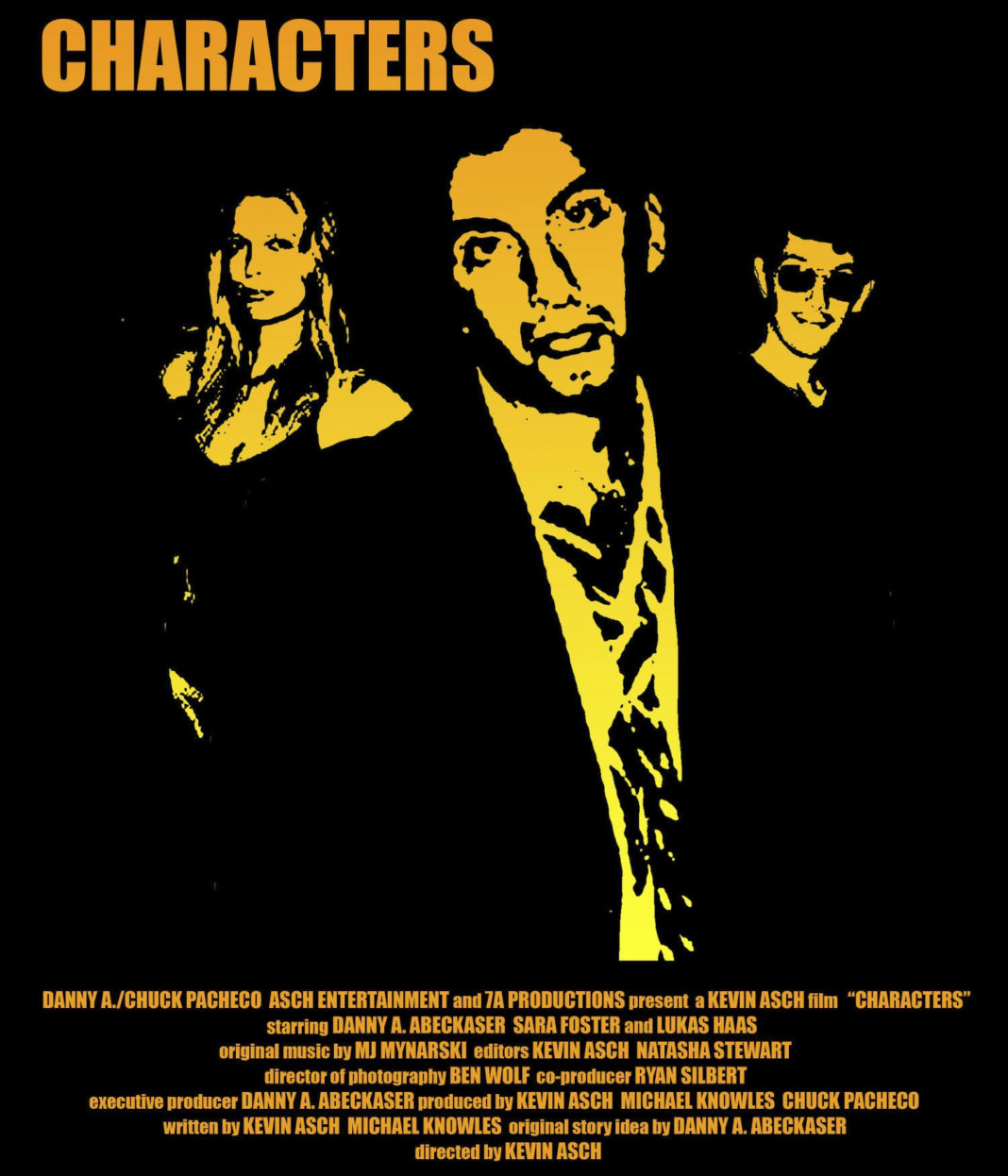 In response to the growing concern worldwide about the covid-19 pandemic, FRFF producers recently unveiled its ‘screening room,’ running through April 30th, where the festival’s 2019 winning and finalist films are available for viewing to enjoy online while on the go or from the comfort of one’s home.

“FRFF’s online screening room was extremely well received by our audience,” comments co-founder Nicole Muj. “So much so, we decided to add Characters, which will also have its world premiere theatrical screening at our 2020 festival. We wanted to give film fans a sneak peek of the entertaining, star-studded content that will be spotlighted later this summer.”

In Characters, a psychologically troubled sporting goods store clerk (Abeckaser), obsessed with Al Pacino’s gangster characters is set-off into his old pattern of acting out like them when he hears about his ex returning to Long Island to get married. At the same time, his current love (Foster) is giving him an ultimatum to leave with her to California at the end of the summer, all the while pushing his relationships, including his mother and best friend (Haas) to the limits with his Pacino impressions.

“I’m thrilled people will finally get to see Characters.  I loved playing this character not only because of my love and admiration for Al Pacino, but because I feel that we all have a little bit of Sandy in us,” says Abeckaser.

FRFF also recently announced that the second annual edition of the festival has been rescheduled for later this summer with screenings at Laemmle Film Center in Santa Monica, California, the ‘Riviera West,’ with exclusive parties and an award ceremony at S Bar Brentwood.

First launched last year during the time period of the Cannes Film Festival in 2019, the exclusive, intimate festival fêtes short-form content created for film, television, Web and all digital platforms. FRFF invites filmmakers from around the world to participate in the two-day,  by invitation only event. Attendees and participants include filmmakers, industry executives, celebrities, media and influencers.

“In 2019, we presented a special, out-of-competition screening of the Oscar-winning short Skin, in association with Salaud Morisset,” adds co-founder Gotham Chandna. “We are delighted that Characters will be this year’s special screening title.”

Filmmakers and content creators can submit their films for FRFF 2020 at a 20% discount, using code FRFF20A through April 30, 2020 at: https://filmfreeway.com/FrenchRivieraFilmFestival.

*please note, actual festival dates are tentative, due to the ongoing health crisis.