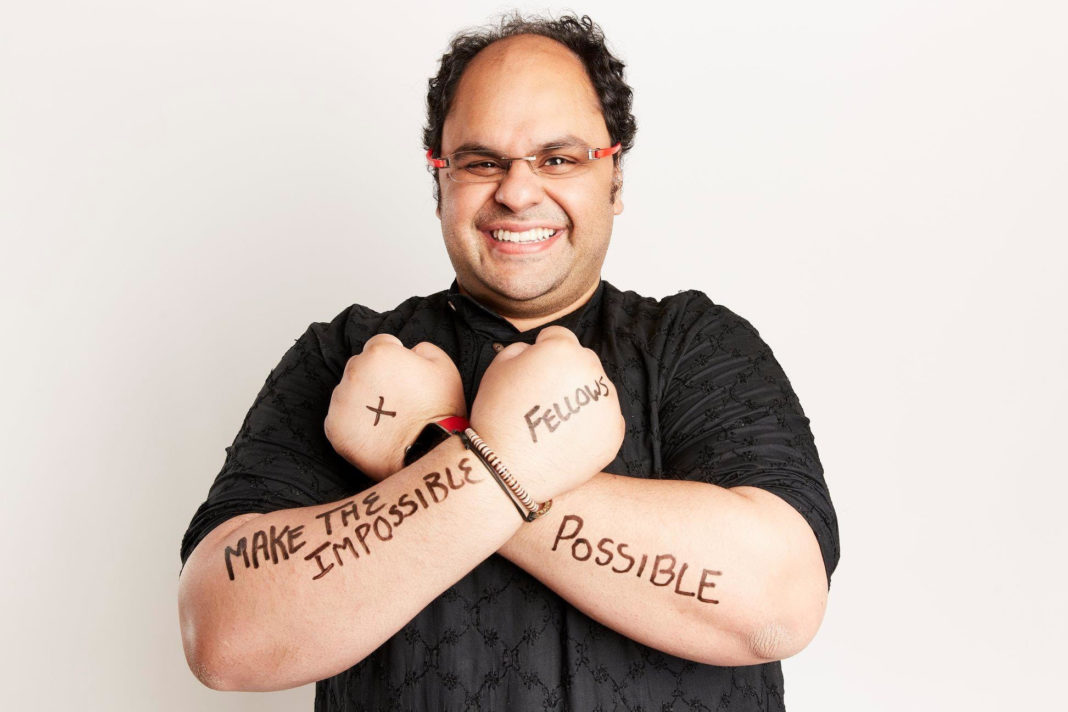 We The Planet founders, social entrepreneurs Kunal Sood and Laura Muranaka will present a virtual summit to join youth and world-renowned leaders together to bring awareness to the importance of climate change.

Sood and Muranaka will unite leaders of all ages to be recognized globally and live stream the summit on April 22 and 23 from 9:00 a.m. to 2:00 p.m. EST on YouTube via the We The Planet channel.

Human history and natural history can no longer be separated – human health and the health of the planet go together. We are currently experiencing the results of the climate crisis and its destructive potential. This is of particular relevance for younger generations as they will inherit the political and economic systems that are now being reshaped in response to the COVID-19 pandemic.

Sood states, “The foundation of We The Planet is to create a movement where we as humans must go beyond, ‘We The People’, and focus on something that is larger than ourselves.”

The We The Planet global campaign was launched in 2019 with H.E. Thomas Remengesau Jr., President of Palau, whose country is facing grave consequences due to climate change. Every year we dump over 30 billion tons of carbon into the atmosphere destroying, polluting and poisoning the planet on a massive scale threatening the very foundation we depend on for survival and wellbeing.

We The Planet has been championed by global leaders and icons who challenge all of us to reimagine a better approach to planet, people, peace, prosperity and partnership to protect all life on the planet, and safeguard cities and nations from the negative effects of climate change.

We The Planet will be launching global virtual events throughout the remainder of this year to raise money for first line responders and support global climate change initiatives, including championing Nobel Laureate Muhammad Yunus’ book A World of Three Zeros, the summit’s official featured book.  Information about upcoming events will be posted to the website: https://www.wetheplanet.io/

Kunal Sood is the Founder and CXO of X Fellows, X Summit, and co-founder of We The Planet. With over 20 years of experience as a social impact strategist, producer and entrepreneur, Sood is on a mission to make the impossible possible. He has produced and launched Music X Impact at SAP Next-Gen in New York City with Grammy Award-winning artists. From serving in the slums of Mumbai as a global health scientist with Harvard to building global movements at the United Nations General Assembly with industry tech titans and Heads of State, Sood is uniting exponential leaders to shift the narrative around social impact and entrepreneurship worldwide. He earned an MBA from Kellogg School of Management, and Master’s degrees from UCSF and the University of Pennsylvania.

Founder of We The Planet and Oranda Ventures, Laura Muranaka is on a mission to protect all life on the planet. Muranaka has written, created, strategized, and launched global initiatives with the best minds in the world. In building global movements at the United Nations General Assembly in New York, she has placed life on land, life in the oceans, and entrepreneurship at the forefront of her work. Muranaka was selected for the inaugural Economy of Francesco by Pope Francis and the Vatican to reimagine our approach to planet, people, peace, prosperity and partnership.