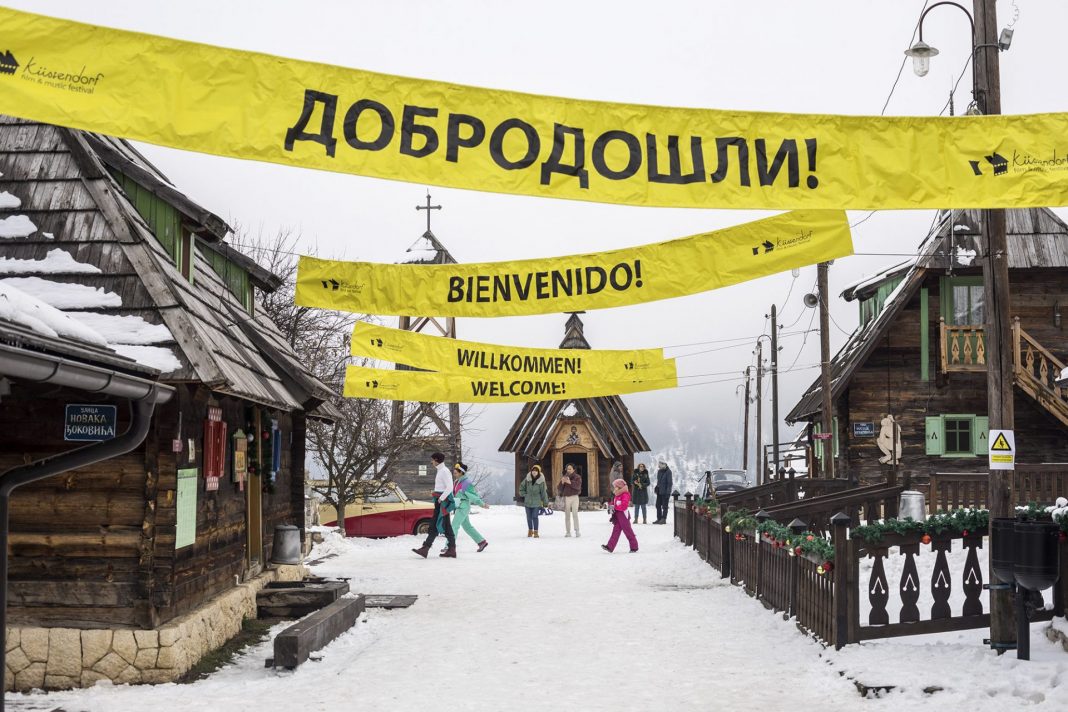 Calling all foreign film and world music lovers! Tomorrow, cinema icon Emir Kusturica will officially open the 14th annual Kustendorf International Film and Music Festival, the famous director’s wintry film fest held in the fairytale-like setting of his village Drvengrad in the Mokra Gora region of Serbia. This year, the event will be held online via its digital platform kustendorf.online.

Young filmmakers and greats of world auteur film will be the focus of this year’s festival.

The films selected “reflect the poeticism and diversity of each production and stand out for their style and authentic view of the world.”

This year’s esteemed international jury is comprised of award-winning Italian director Alice Rohrwacher, actor Miki Manojlovic and French cameraman and sound designer and Bruno Tarrière. The Vilko Filac Award for the best cinematography will be presented by French director of photography Michel Amathieu.

The program will include a series of special screenings and chats with the directors, led by Kusturica, under the banner “Contemporary Trends.” Films include the winner of the special jury award of the 2020 Venice Film Festival, Andrei Konchalovsky’s Dear Comrades!, Wendy by Benh Zeitlin, Miss Marx by Susanna Nicchiarelli, and Stonebreaker (Spaccapietre) by the directing duo Gianluca and Massimiliano De Serio. Additionally, there will be a screening of Dissolve, the last film by the late famous director Kim Ki Duk, followed by Kusturica’s conversation with Dinara Zhumagaliyeva, who produced the film and played in the main role.

Under the banner “Retrospective of Greatness,” scenes from Kusturica’s Underground (Once Upon a Time) will be screened and a special program will be dedicated to the legendary American actress Faye Dunaway.

Emir Kusturica is a Serbian film director, author of twelve feature films and several short and TV films. Some of his numerous awards include two Palme d’Or prizes in Cannes for ‘When Father Was Away on Business’ and ‘Underground,’ Golden Lion for Best first film in Venice for ‘Do You Remember Dolly Bell?’ and Silver Bear in Berlin for ‘Arizona Dream.’ He returned to Venice in 2016, when his feature ‘On the Milky Road’ was shown as part of the competition program, and then again two years later with his documentary ‘El Pepe, a Life Supreme.’