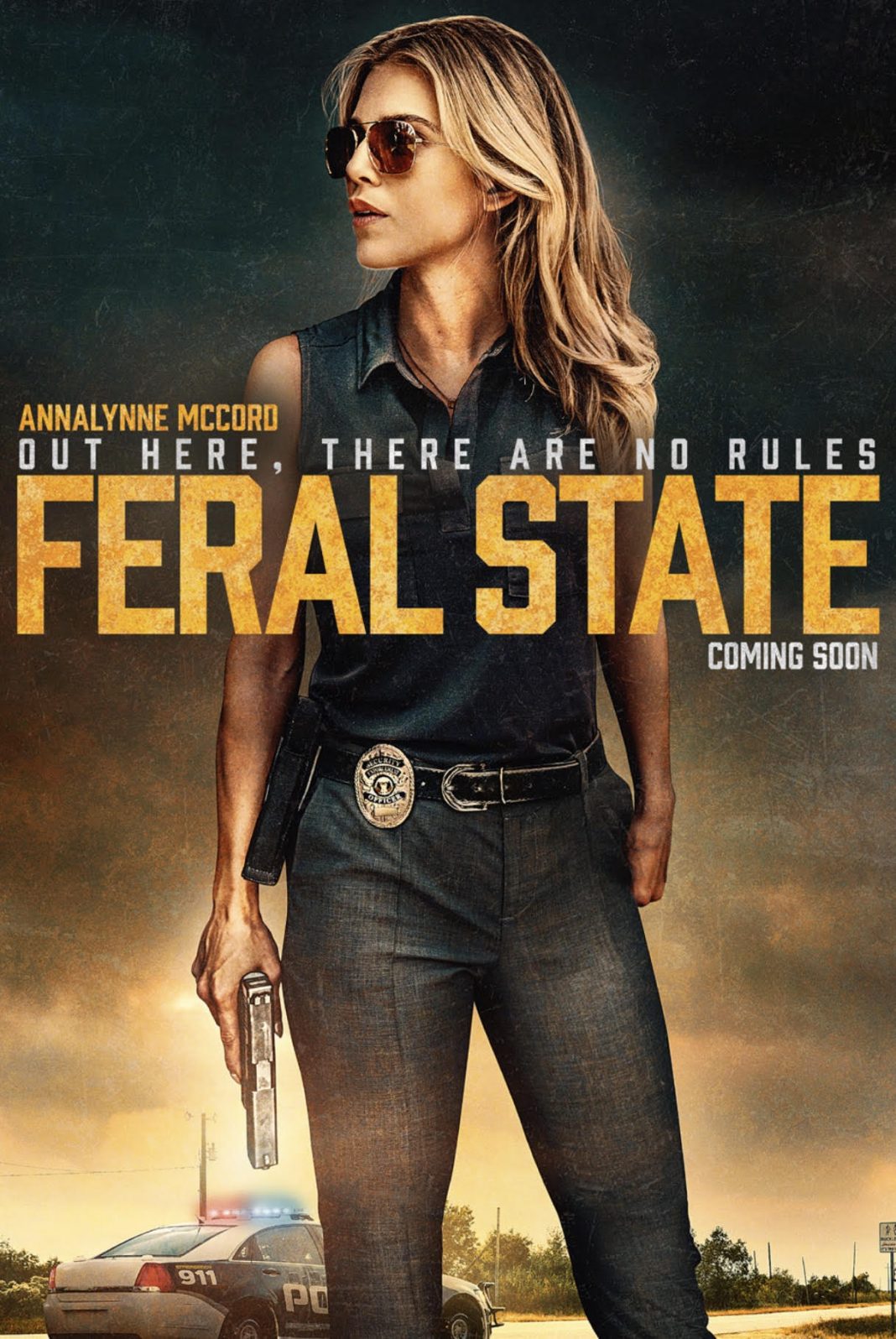 Vertical Entertainment is set to release Jon Carlo’s feature directorial debut Feral State on digital, VOD, and all streaming platforms in the territories of North America (USA, Canada and Mexico), United Kingdom and Ireland on May 28.

Tucked far away from the white sandy beaches and amusement parks is a Florida that few outsiders ever see. Nestled alongside the gator infested swamps and rundown trailer parks lives a charismatic yet dangerous grifter named Mack Monroe (Blevins) who takes in orphans and runaways off the street. A self-proclaimed father to the forgotten, Mack gives these lost souls only semblance of a home they’ve ever known… but at what cost? Mack trains his ragtag gang in the art of thievery and crime, filling their vulnerable minds with vigilante gospels and together wreak havoc by knocking off drug dealers and meth labs. Hot on their tail is Detective Ellis (McCord), an ass-kicking tough as nails cop who not only fights crime but is also forced to fight for respect in a patriarchal police force. Mack and the gang’s world get flipped upside down with the arrival of a mysterious young girl, who at first seems like the perfect new recruit but turns out to be something far more dangerous than anyone could have imagined.

Jon Carlo is screenwriter, director and actor who was born in Oakland, California but spent his early childhood bouncing around the globe from Israel to Argentina, eventually settling in Toronto. Jon moved out to Los Angeles in 2008 with hopes of breaking into Hollywood as an actor, eventually booking roles on hit TV shows such as Parks and Recreation and Transparent. However, the life of an actor never quite fulfilled Jon’s hunger for creative expression. On a whim, he wrote his first script which shockingly made it to the final round of the Sundance Screenwriters Lab, which landed him his first paying gig as a screenwriter. Jon’s first produced screenplay titled First We Take Brooklyn starred Oscar Nominee Harvey Keitel, and was released worldwide in 2018 under 2B Films, directed by Danny A. Abeckaser. Jon’s follow-up script, Mob Town, paired him with Abeckaser yet again, and was shot the following year in New York, and starred David Arquette, Jamie-Lynn Sigler, Robert Davi, PJ Byrne and Jennifer Esposito. The film received much box office success and is still streaming with high placement across all digital and VOD platforms.   @IamJonCarlo