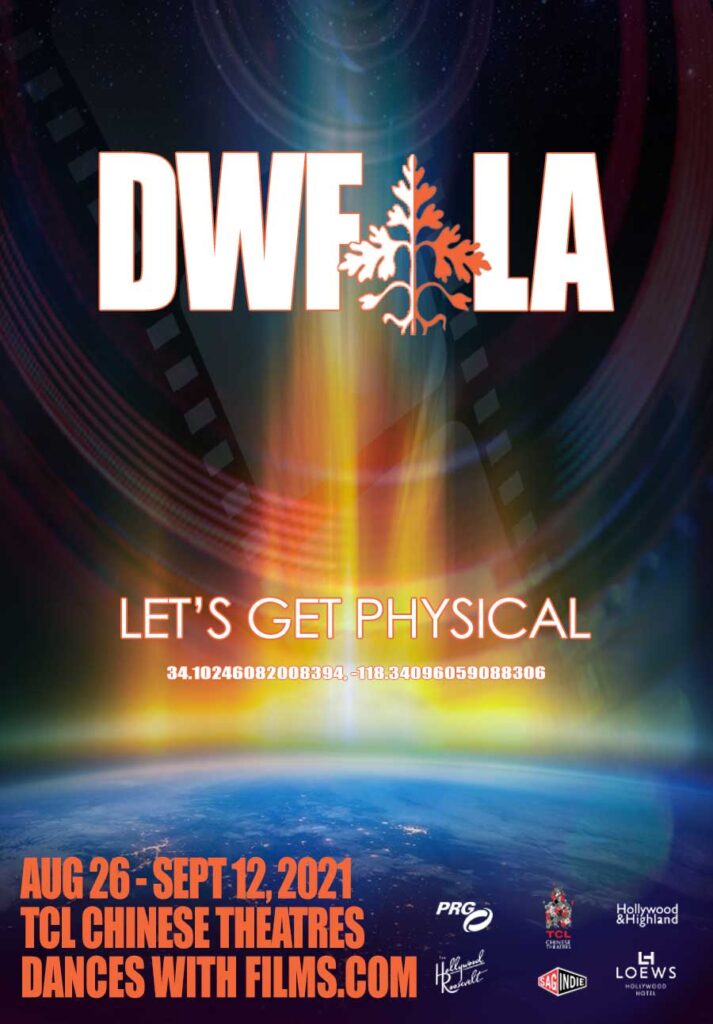 Indie Entertainment Media had the chance to catch up Dances With Films’ executive team, co-founders Leslee Scallon and Michael Trent, and producing partner Jackie Tepper. Now in its 24th year, the DWF:LA execs have a lot of insight to share with us on how to achieve long-term success in the indie film world and to smartly navigate the current global health crisis.

1.   What’s different at the festival this year, your 24th festival?

Each Dances With Films (DWF:LA) is always unique because the films are unique.  Our filmmakers and their films can be anyone from a 14-year-old budding filmmaker to a seventy-year-old auteur.  It’s composed of brand-new filmmakers being brought into the DWF family for the first time, as well as alumni from years gone by.  That said, as we return to our physical event after everything the world has gone through in the last two years, we have expanded the festival by a week. This has enabled DWF:LA to present a full screening slate with events distanced appropriately as we continue to adhere to all CDC protocols along with local mandates.  The enthusiasm shown by both the filmmakers as well as festival goers is at an all-time high.  The desire and hunger to find normalcy again is quite apparent, and we are all trying to navigate the waters as we go.

2.    How has attendance been this year compared to other years?

People are starving to be together and interact.  Because we have expanded days, we have also limited our audience size per screening.  Even so – we have numerous sold-out houses. Safely sold out!

3. Have you found that submissions have remained the same as non-pandemic years?

Dances With Films had a complete increase in submissions.  Not only because people did wait last year on submitting, knowing that they wouldn’t be screened in a theatrical location, only on-line, but also because creative people forced to stay home still are creative.  We have amazing films that we are showing – so many in fact, we expanded to three weeks!

4.    What inspired you to launch the new panel series “First Films”?

This has been a pet project of co-founder, Leslee Scallon, for many years.  It’s very exciting to launch it as we return to the theatre.  The journey so many filmmakers, the producers, writers, directors, the multi-hyphenates, take to get where they are is incredibly varied.  We wanted to have their stories of the path to great success be an inspiration to not only our filmmakers selected for this year, but anyone in the audience who dreams of having their voice heard on the big and small screen.  We have a bounty of riches this year with both Michael London and Paul Greengrass agreeing to be part of this inaugural series.  Both of their paths are very different yet have taken them up the ladder of success.  And remember, success is not finite, there are infinite ways to not only get there, but infinite numbers of people who achieve it.

5.    Can you provide some insight to other festival organizers regarding holding a major in-person event during the pandemic, after last year’s virtual festival?

Follow the mandates of the region you are in. Create an environment where people don’t feel afraid to enjoy an in-person event.   Remind people constantly to keep their masks on.  Have lots of hand sanitizer around.  AND GET VACCINATED!

6.    Do you think hybrid festivals will be the norm in the future?

Perhaps, but all of us at DWF think that computer fatigue happens.  Most of us work from a computer and then to watch content on a computer (even if it is thrown to your TV) is tiring.  We feel that people are craving the shared moments by an audience, even if they are strangers.  However, after 24 years of doing this, the one thing we know for sure, is there is no algorithm that is going to tell us how the industry will change.  At the end of the day, it has its own organic path.  At the end of the day – film festivals are not a virtual experience.

7.    What changes or pivots have been made for this year’s festival due to COVID-19?

Safety measures, not selling to a completely packed house, holding some of our more intimate conversations with industry legends virtually.  Opening the schedule so that there is more time between screenings for audience flow as well as cleanings.  And speaking of intimacy, who knew microphone condoms would become a thing?!   We have gone through cases of them because we here at Dances With Films believe in safe speaking (yes, that is apparently a thing now too).

8.     Can you tell us about some of the highlights (films and participants) of this year’s festival?

We adore all the films.  Otherwise, why would they be in the festival?  You absolutely cannot go wrong with any of the shorts series.  We do not do ‘themed’ series, so they will always take you from laughing to crying to laughing again easily.  The documentaries are outstanding.  This year we opened with the World Premiere of a documentary feature and doc short film for the first time.  THE ART OF PROTEST directed by Colin Day and produced by rocker Dave Navarro is a stunning portrayal of the power of protest art, be it street art, music, and quite frankly stepping over the legal line to help affect change.   SAY HIS NAME: FIVE DAYS FOR GEORGE FLOYD directed by DWF:LA alum Cy Dodson is a powerful portrayal of what took place in the Minneapolis neighborhood where he lives, after George Floyd was murdered.  While it would have been easy to focus on the horrific nature of the event, Cy also highlighted how it brought a neighborhood together in solidarity to help one another.   The narrative features are also terrific, from WHAT?, a film about a deaf actor working to find success in Hollywood to DREAMOVER a mind-bending tale out of Russia. DWF also has a division of the fest, DANCES WITH KIDZ, that features films made for kids and also by kids.  There we have an absolutely fun film called POPOVITCH: THE ROAD TO HOLLYWOOD, featuring the amazing Gregory Popovitch and his stable of animal friends in a madcap comedy à la Charlie Chaplin and Buster Keaton.  In the KID by KIDZ section, we actually have two young filmmakers flying in from Germany and Canada for their films, DISTORTION and THE GIRL IN THE ROAD.  Amazing filmmakers all, but the fact that they are under 18 is incredible.

9.    How has the indie film scene changed since you launched your festival 24 years ago?

10.  What advice would you give festival organizers to achieve longevity and to build their festival brand?

Be ready to do a lot of work yourself or have lots of friends who know how to do the work or are willing to figure out how to do it.  Stand out amongst the over saturation of film festivals.  Be bold, be unique. Michael Trent taught himself how to do graphic and website design along with editing, Leslee taught herself how to do public relations and marketing, to be able to sustain the festival.  We are lucky enough to have grown. The work is endless. We have been incredibly fortunate in that we have amazing people in the DWF family that are not only super talented, but actually care deeply about the festival.  Mostly though – have fun.  If you aren’t having fun while doing it, you are going to be miserable.  We love our Dances With Films family that now spans 24 years – and we are still in touch (and they occasionally volunteer or drop by the fest) with people who helped us in year one!  The last piece of advice we would say is what we and all of our panelists always say to our filmmakers, “Don’t give up.”

Photos/Video Courtesy of Dances With Films.