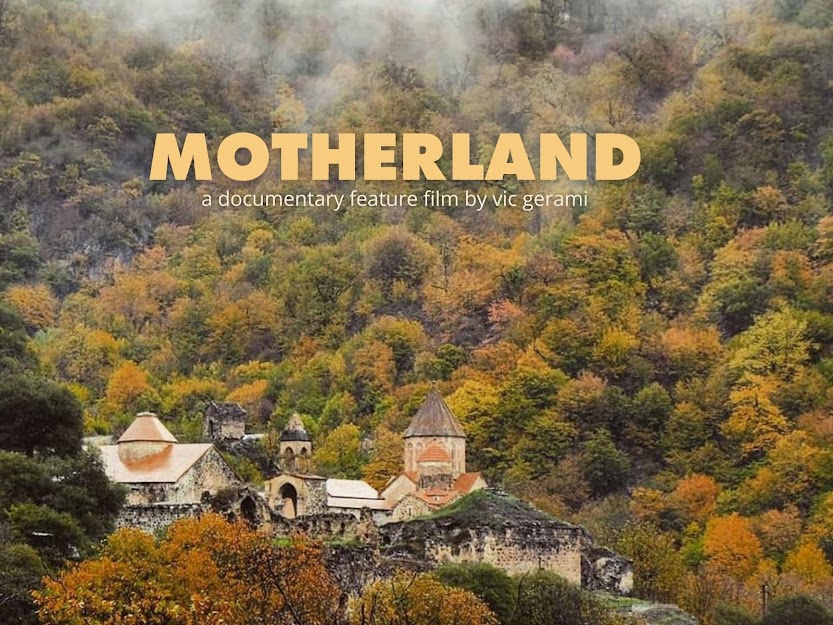 Renowned leader in the Armenian American community, Peter Abajian has teamed up with the acclaimed producers of Motherland, a much-anticipated, feature-length documentary film about Azerbaijan’s concerted campaign of violence, deception, and burgeoning genocide against the Armenian civilians of Artsakh.

In addition to his new role as a development producer, Peter Abajian is the executive director of The Paros Foundation. Abajian is supporting the production of filmmaker-journalist and Los Angeles-based national radio host Vic Gerami’s penetrating investigation into the global community’s impotent response to war crimes being committed on a daily basis by Azerbaijani President Ilham Aliyev’s military as enabled and augmented by a cadre of regional allies led by Turkish forces under the control of Pres. Recep Tayyip Erdoğan.

‘I care passionately about the future of Armenia, and I take great pride in contributing to its development. During the 2020 War, using whatever resources we could muster, we tried to spread the word and engage the world community to engage and assist our brothers and sisters in Artsakh against the Azeris and their corrupt regime,’ said Abajian.

Abajian has worked in the Armenian American community for almost 30 years. He worked with the Armenian Assembly from 1995-to 2006. During this time, Abajian worked with both the Armenian community and the U.S. Congress to promote a stronger U.S. – Armenia relationship while simultaneously working on expanding the Assembly’s membership and financial support. Nationally, he spearheaded efforts to raise new sources of revenue, organizing several successful national events and serving as one of the organization’s chief spokespeople. In 2006, Abajian and his family moved to Armenia and formally launched and led the Paros Foundation. He and his wife, Houry, are proud parents of identical twin daughters.

‘It means a great deal to have someone of Peter’s caliber join our team. I’ve admired his work and The Paros Foundation for many years, so this is a tremendous honor,’ said Vic Gerami.

According to Motherland’s producers, front-and-center and even more compelling than the film’s list of high-profile supporters, participants, and willing interviewees – among them Congressman Adam Schiff (D–California), Sen. Bob Mendez (D–New Jersey), and Congressman Frank Pallone Jr. (D-New Jersey)– the real attraction that draws to it passionate support is the desperate need for sunlight to reveal the scale and the savagery of murders being committed in Artsakh by oil- and gas-wealthy Azerbaijan, as well as ever-present Turkey and both countries’ regional and strategic allies.

‘Motherland tells the story that needs to be told, and I am proud to be a part of it,’ Abajian added.

“With the addition of Sam, this team continues to impress,’ said Councilman O’Farrell. ‘This film will help give much-needed attention to the injustices in Artsakh.”