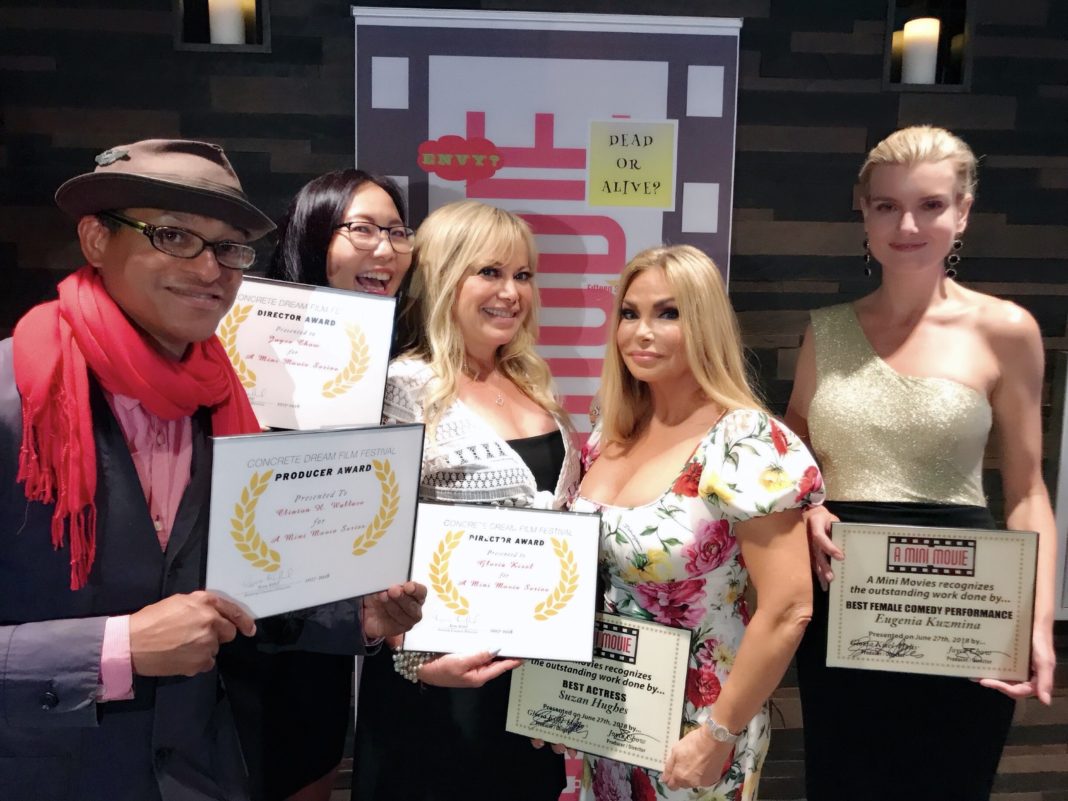 The Los Angeles premiere of “A Mini Movie” featured a collection of shorts featuring interviews with celebrities on various topics, including shorts “Love Doubled” (lovedoubled.com) What is your interpretation of the meaning of love? How do you show love?; “Yes or No Yin Yang” (yesnoyinyang.com) How often do you ask someone a question and you’re not certain if their response was really a yes or no? Share ways of saying no or yes depending on the subjects or situation;  “15 Seconds of Fame” (FifteenSecondsFame.com) If you had 15 seconds of fame, what would you want it to be? What is fame-worthy?; “My Dog Expressions” (mydogexpressions.com) All about dogs…plus you. Be creative; and “Sequel” (sequeloflife.com) What’s next in your life? What do you want to be remembered for?