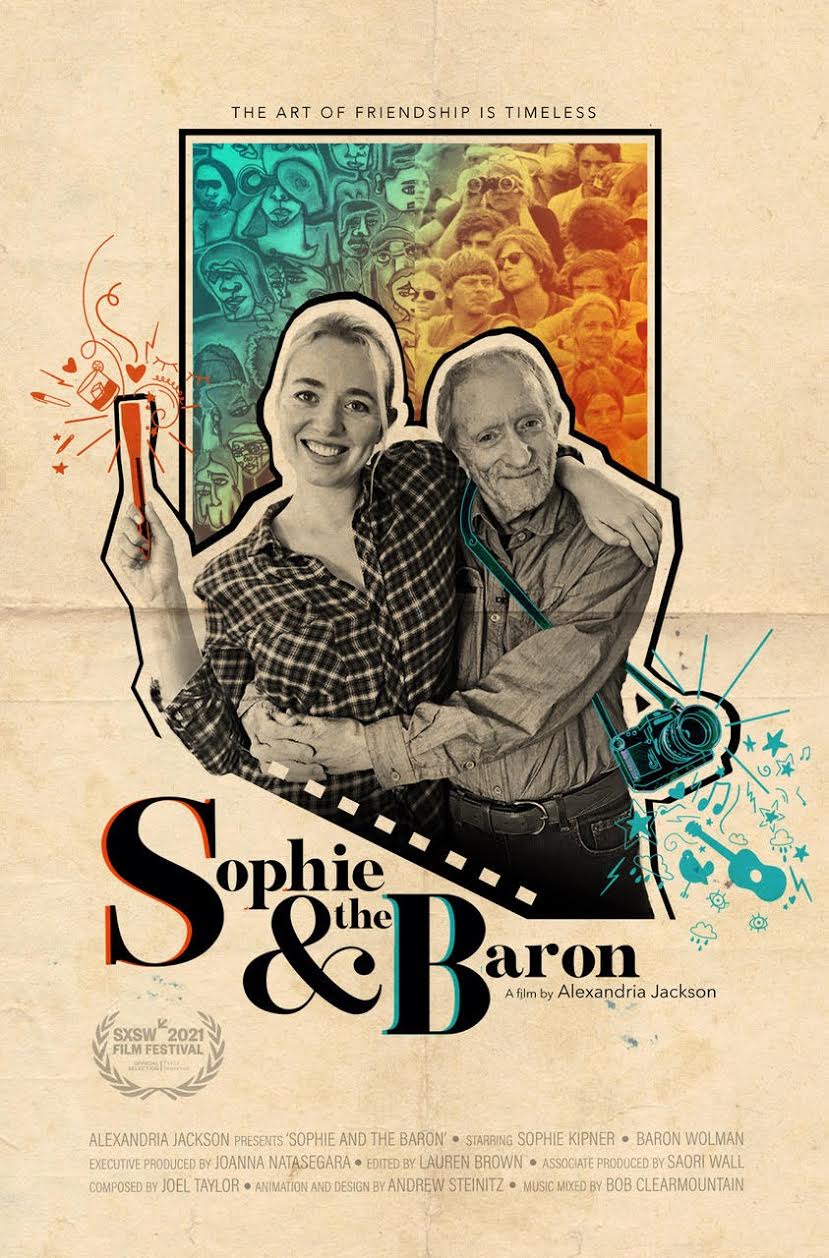 Yesterday’s SXSW premiere of Sophie and The Baron, the documentary directorial debut by Alexandria Jackson, offered up an inspiring story about the unlikely friendship between iconic Rolling Stone photographer, the late Baron Wolman at the end of his prolific career and up-and-coming artist Sophie Kipner at the beginning of hers.

The film chronicles the unique friendship of the two creatives and offers a positive message to just say “yes” and our lives will find magic.

Featuring interviews with both artists, the film shows the journey of their unique collaboration. Wolman’s amazing collection of photos, including Janis Joplin, Jimmy Hendrix, Joni Mitchell, Mick Jagger and Johnny Cash were reenvisioned by Kipner in her art using the blind contouring, the technique of not lifting the pen or looking at the canvas to draw subjects. The story culminates with Kipner’s art opening reception at the legendary Hotel Figueroa in downtown LA, where the duo celebrated their collaboration.

Sadly, Wolman passed away in November 2020 after battling ALS and did not see the SXSW premiere event. In the post premiere virtual Q&A with Kipner and Jackson led by actress Courteney Cox, the director commented about the film’s final scene, “I kind of think of it as almost Sophie walking him off to Heaven. He told me that he considers it the book end to his life as a photographer and friend.”

Photographer Baron Wolman is one of the most iconic American photographers, best known for his work in the late 1960s for the music magazine Rolling Stone, where he captured some of music history’s most memorable moments. For three years his photographs were published regularly in Rolling Stone and became the magazine’s graphic centerpiece. Over forty years later, Baron and his photographs are once more in great demand, with exhibits scheduled in cities and countries around the world.

Visual Artist Sophie Kipner is a visual artist and writer from Topanga, California. She recently finished a seven-month show at the Hotel Figueroa. The show pulled from her current ongoing project, DONTLIFTUPDONTLOOKDOWN, in which she uses blind contouring. Her debut novel, The Optimist, for which she also drew the illustrations, was originally published in the UK in 2017 by Unbound and will be released in the US and Canada soon.

Alexandria Jackson is a director and producer whose photography and documentary work have taken her across the world, including regions in Africa, the Americas and the Middle East. Her passions are deeply rooted in music, film and technology. Her credits include producing Courteney Cox’s Just Before I Go and directing film and photography projects for Grammy winning artists. Alexandria holds a master’s degree in film from the University of Southern California and a BA in political science from UC Berkeley. She sits on the boards of UCLA’s Environmental School (The Institute of Environment and Sustainability), and The Corazon de Vida Foundation.