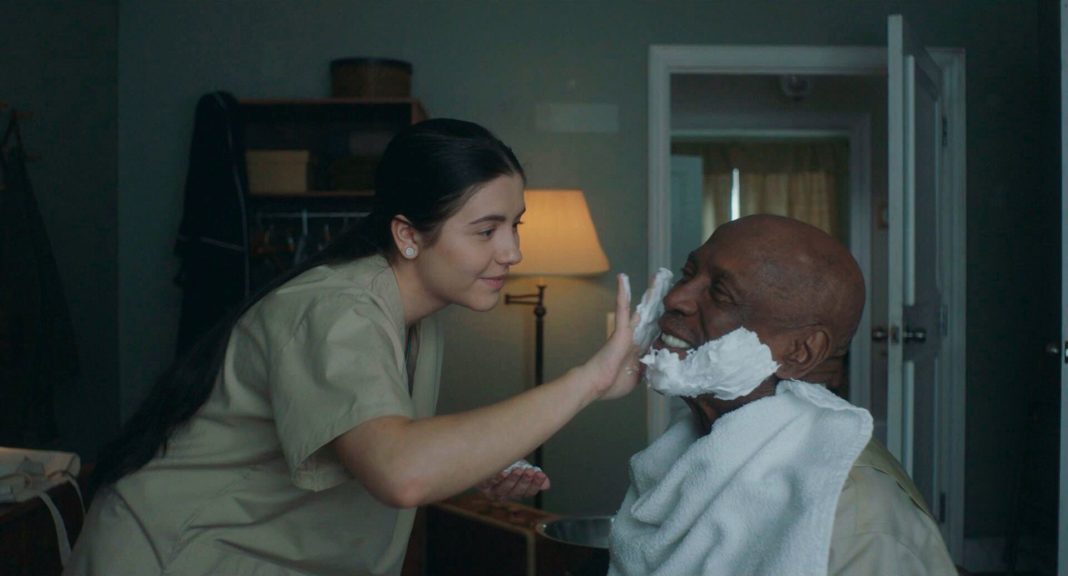 Directed by Sergio Navarretta and written by Alessandra Piccione, THE CUBAN takes us on a powerful, heart-warming, cross-cultural journey of music, friendship, family and loyalty, highlighting  the humanity of some of society’s most vulnerable and the light they bring to those who care for them in their final days.

Filmed in Canada and Cuba, the film that stars Louis Gossett Jr., Shohreh Aghdashloo, Ana Golia, Lauren Holly and Giacomo Gianniotti (Grey’s Anatomy), premiered at two North American film festivals before the pandemic.  In Canada, the film debuted at the Whistler Film Festival, winning the coveted Borsos Award for Cinematography and a Runner Up Audience Award, and in the US, at the Los Angeles Pan African Film Festival, winning the Special Programmers Award and the Audience Award.  The film debuts virtually and in select theatres on July 31, 2020, with a VOD release planned for October 6, 2020.

In the film, 19-year-old Mina Ayoub (Ana Golia) is a pre-med student who has given up her dream of becoming a singer. Orphaned as a baby in Afghanistan, Mina’s grandfather sent her to Canada at the age of eight to live with a lone aunt, Bano (Shohreh Aghdashloo).

A former doctor, Bano wants nothing more than to see her own dreams fulfilled through her niece, and she pressures her to pursue a career in medicine.  Although she dutifully complies, Mina’s heart isn’t in it, and she longs to return to a better time when, as a child, she and her grandfather would sing and play music together. Thanks to Bano, Mina has a part-time job in a long-term care home, but she has trouble finding her footing under the watchful eye of her tough supervisor, Nurse Baker (Lauren Holly).

Then, she meets Luis (Louis Gossett Jr.), one of Mina’s most enigmatic patients, who spends his time in a wheelchair in a quiet corner of the room, retreated inside his own mind.  He has no visitors, and Mina can relate to his solitude.

A poster of Benny More inspires Mina to hum a jazz tune that, to her surprise, ignites a spark inside him. As each day passes the music awakens Luis more and more until the colorful world of his past becomes vibrant and real again.  Luis reacts, reminisces, dances, reveals his incredible life as a famous musician in Cuba, and talks about the one great love who was left behind.  As their friendship blossoms, Mina gradually comes into her own and even begins to enjoy life and friends and a new boyfriend.  Through Luis, Mina remembers her grandfather back home, and reconnects with her own love of music.

But as Luis becomes more and more awake to the world, tensions rise at the nursing home. Mina is seen as a disturbance. Her job is threatened and Bano has little time for her behavior.  At the same time, Luis’ estranged son, Michael, announces his plans to move him into palliative care.  Desperate to help him out of his isolation, Mina resolves to break Luis out of the home and, with the help of her friends, grants him his one last wish to ‘return’ to Cuba and perform on stage again.

The heart of THE CUBAN is without question its music. Afro-Cuban jazz  dissolves the boundaries of age, ethnicity, gender, culture and politics and bridges the present with the past, having the power to trigger memory and awaken long-forgotten emotions.  The film’s soundtrack was composed by multi-Juno Award winner and Grammy nominated artist Hilario Duran.