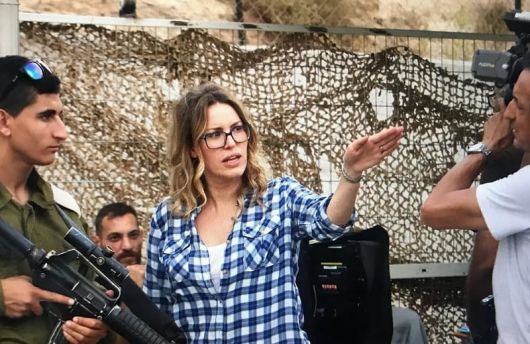 The program will be available in over 200 screens across 50+ theatrical markets, including New York and Los Angeles, and due to theaters being directly affected by the COVID-19 pandemic, through virtual cinematic releases with a portion of proceeds benefiting the local theaters that are unable to be open during the release.

To learn more about the participating theaters (in-person and virtually) and how to purchase tickets, visit https://tickets.oscar-shorts.com/. ShortsTV’s program offers an exclusive opportunity for audiences to watch the short film nominees in theaters before the 93rd Academy Awards® ceremony on Sunday, April 25, 2021.

“Last year’s Oscar® Nominated Short Films were some of the last great movies many of our audiences saw in theatres before the pandemic. Now, as we emerge from this challenging time, we are thrilled to bring the joy of great cinema to our global audiences through the beloved Oscar® Nominated Short Films releases, which will be available to audiences everywhere in a few short weeks,” comments ShortsTV CEO and Founder Carter Pilcher. “This year’s films are breathtaking and compelling – our audiences are gonna love ‘em!”

The program will also be available on VOD via iTunes, Amazon, Verizon, Google Play beginning April 20.

Coinciding with the theatrical and virtual releases, ShortsTV also launched “The ShortsTV Podcast – Award Season” and is releasing weekly episodes leading up to the awards ceremony. Guests include Academy members, industry insiders, this year’s nominees, previous winners and more. The podcast is currently available to stream on Spotify, Apple Podcasts, Google Podcasts and Soundcloud.

BURROW | Director: Madeline Sharafian | Synopsis: A young rabbit embarks on a journey to dig the burrow of her dreams, despite not having a clue what she’s doing. Rather than reveal to her neighbors her imperfections, she digs herself deeper and deeper into trouble. (USA)

GENIUS LOCI | Director: Adrien Merigeau | Synopsis: One night, Reine, a young loner, sees among the urban chaos a moving oneness that seems alive, like some sort of guide. (France)

IF ANYTHING HAPPENS I LOVE YOU | Director: Michael Govier, Will McCormack |Synopsis: In the aftermath of tragedy, two grieving parents journey through an emotional void as they mourn the loss of a child. (USA)

OPERA |Director: Erick Oh |Synopsis: “Opera” is a massive 8K size animation installation project which portrays our society and history, which is filled with beauty and absurdity. Erick enables viewers to experience the range of in-depth emotions through this epic reflection of human life. (South Korea)

YES-PEOPLE | Director: Gísli Darri Halldórsson |Synopsis: One morning, an eclectic mix of people face the everyday battle – such as work, school and dish-washing. As the day progresses, their relationships are tested and ultimately their capacity to cope. (Iceland)

FEELING THROUGH | Director: Doug Roland | Synopsis: A late-night encounter on a New York City street leads to a profound connection between a teen in need and a DeafBlind man. (USA)

THE LETTER ROOM | Director: Elvira Lind | Synopsis: “The Letter Room” is a dark prison comedy about the secret life of a correctional officer who gets transferred to a job in the letter room, where a new world suddenly opens to him ways to find solace and spirituality afterwards. (USA)

THE PRESENT | Director: Farah Nabulsi | Synopsis: On his wedding anniversary, Yusef and his young daughter set out in the West Bank to buy his wife a gift. Between soldiers, segregated roads and checkpoints, how easy would it be to go shopping? (Palestine)

WHITE EYE | Director: Tomer Shushan | Synopsis: A man finds his stolen bicycle, which now belongs to a stranger. While attempting to retrieve it, he struggles to remain human. (Israel)

COLETTE | Director: Anthony Giacchino | Synopsis: On the anniversary of the start of the Nuremberg trials, 90-year-old Colette Marin-Catherine confronts her past by visiting the Nazi concentration camp in Germany where her brother was killed. As a young girl, she had been a member of the French resistance and had always refused to set foot in Germany. That changes when a young history student named Lucie enters her life. Prepared to reopen old wounds and revisit the terrors of that time, Marin-Catherine offers important lessons. (Germany/France)

DO NOT SPLIT | Director: Anders Hammer | Synopsis: The story of the 2019 Hong Kong protests, told through a series of demonstrations by local protestors that escalate into conflict when highly armed police appear on the scene. (USA/Norway)

HUNGER WARD | Director: Skye Fitzgerald | Synopsis: Filmed from inside two of the most active therapeutic feeding centers in Yemen, HUNGER WARD documents two women health care workers fighting to thwart the spread of starvation against the backdrop of a forgotten war. The film provides an unflinching portrait of Dr. Aida Alsadeeq and Nurse Mekkia Mahdi as they try to save the lives of hunger-stricken children within a population on the brink of famine. (USA)

A LOVE SONG FOR LATASHA | Director: Sophia Nahli Allison | Synopsis: The injustice surrounding the shooting death of 15-year-old Latasha Harlins at a South Central Los Angeles store became a flashpoint for the city’s 1992 civil uprising. As the Black community expressed its profound pain in the streets, Latasha’s friends and family privately mourned the loss of a vibrant child whose full story was never in the headlines. Nearly three decades later, director Sophia Nahli Allison removes Latasha from the context of her death to craft a dreamlike portrait of a promising life lost, demonstrating the impact one brief but brilliant life can have. (USA)