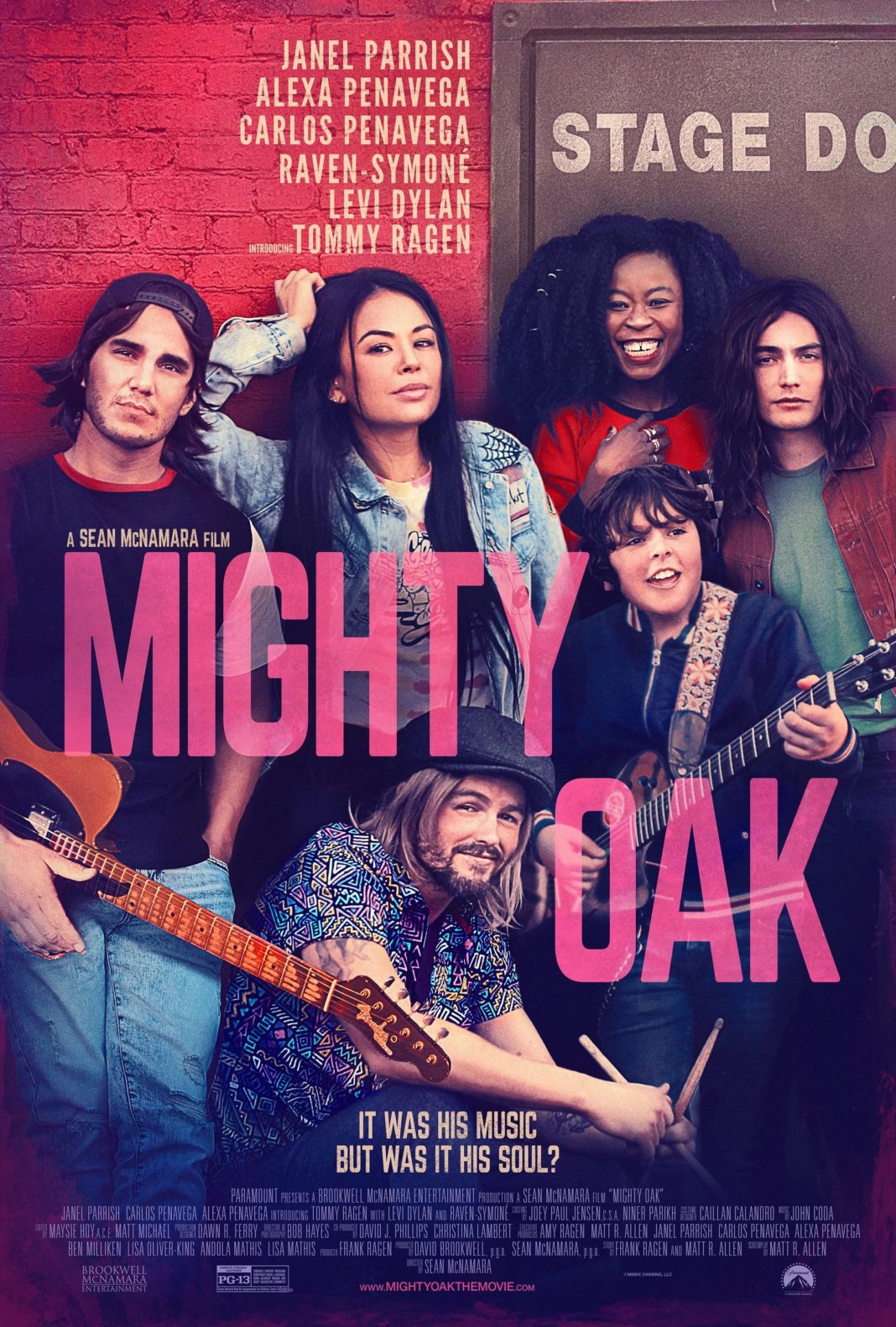 Mighy Oak is the story of Gina (Janel Parrish, Pretty Little Liars, To All The Boys I’ve Loved Before), a band manager who struggles after losing her brother/lead singer (Levi Dylan, 12 Mighty Orphans) in a fatal car accident while traveling to a gig.  A decade later, Gina meets a 10-year-old music prodigy named Oak, played by newcomer Tommy Ragen, a real-life prodigy whose music inspired the screenplay.  Oak seems to possess the same qualities as Gina’s late brother, inspiring her to pull her life back together and try to reunite the band with Oak as its new front man.