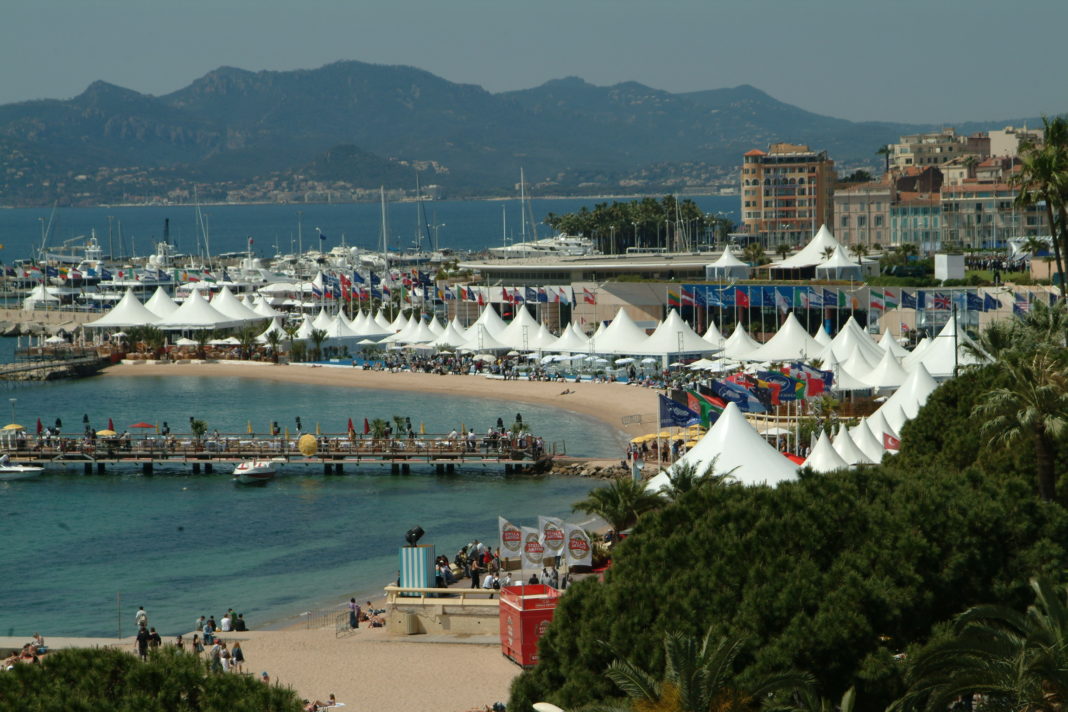 ROSKINO (www.roskino.org), in conjunction with Cloud21 International and Kultura PR International (www.kulturapr.com), is pleased to present the “Global Film Showcase”  that will be held during the Cannes Film Festival and Marché du Film on May 14, 2018 at 2 p.m. at The Russian Pavilion in the International Village.

The by-invitation only event will host a six person panel featuring ROSKINO CEO Katya Mtsitouridze.  Leading ROSKINO since 2011, Ms. Mtsitouridze is one of the most accomplished executives in the global film industry today. She is the creator of the television series “This Is Cinema” and film expert for Russia’s Channel One, and previously served as Variety Russia’s editor-in-chief.

In 2017, in conjunction with the City of Moscow, Ms. Mtsitouridze initiated the Moscow Film Commission, an institution created to promote the city as a unique shooting location and to provide assistance to international film and TV production companies wishing to shoot there. In 2008, she founded the Russian Pavilion at the Cannes Film Festival,  which she heads to this day, and in 2014 she created and produced the first edition of the Saint Petersburg International Media Forum.

“ROSKINO is delighted to host the Global Film Showcase,” comments Ms. Mtsitouridze. “We feel it will be a wonderful collaboration that will showcase Russian filmmaking and Russia’s thriving film industry on the international stage at Cannes.”

Avantika Khattri, President/Co-founder, Mad Hatters, is an Indian Bollywood actress and successful entrepreneur who started her own production company in Mumbai. Before becoming an entrepreneur, she made her debut with the movie “War Chhod Na Yaar” where she played the parallel lead alongside co-stars Soha Ali Khan, Sharman Joshi and Javed Jaffrey. She co-produced with Anurag Kashyap the short film titled “Beautiful World” under her banner “Mad Hatters” which was based on the 2016 gang rape incident that happened in Uttar Pradesh, India. Ms. Khattri starred in the music video  “Bottoms Up” as a lead actress with Mika Singh. Her short film “For All That You Are” is her foray into directing and second time as a producer. She is the recipient of  many international awards including, “Best LGBTQ Film” in Top Shorts International Film Festival, “Best Actress” in Actors Award Los Angeles, “Best Woman Filmmaker” in The IndieFEST Film Awards, “Best Actress-Leading” in Accolade Global Film Competition and “Best Short Film” in The Mediterranean Film Festival.

Actress/Producer Sariann Monaco is writer of the Telly-awarded films “Down Stage” and writer and co-director of “Absent.”  She has co-produced several projects for Heartland Films, Inc. Monaco is the narrator of the Telly-award winning film “One” and voices the sassy waitress in 2016’s “Top Cat Begins” animation film, directed by Charlie Adler. She has been recognized internationally for her voice-over work for Nature Made Vitamins and Sambazon Acai. Ms. Monaco is represented by VOX Inc., LA and is a Second City Chicago alumna. Her on-camera work includes “The Saddle” and “Between Bullets and her commercial appearance in ”Check Your Sources: Hashtags” San Diego won an ADDY award. She was nominated for best actress at the 2015 San Diego Film Awards. She has judged the regional Emmy awards and the annual San Diego Film Festival and serves on the advisory board for “My Power of One” charity.

Australian filmmaker and president of Bad Hat Films (badhatfilms.com.au) David  Raynor debuted the short film “We Need To Talk” about youth suicide prevention in 2017. Mr. Raynor received accolades for how he handled this important yet sensitive topic, with thoughtfulness and integrity. The film is being developed into a feature film, with an accompanying book and music video. His other notable, award-winning works include “Hello Tom Sullivan,” “Karlisha and Morgan” and “So This Is It Then.” In 2018, he will direct and produce the French noir inspired feature “Ubiquitous,” for which he also wrote the screenplay. He is currently shooting a pilot titled “Boomerang” for US television. Prior to becoming a filmmaker, Mr. Raynor was one of the top names in the global beauty industry.

Three time Telly Award-winning filmmaker, Sue Vicory has been creating community-based films and projects within her not for profit production company, Heartland Films, Inc. since 2003. Her works include  “Homelessness & the Power of One,” feature documentaries “One” and “Kansas City Jazz & Blues; Past, Present & Future” and short films “Absent” and “1898, The W.F. Norman Story. In 2015, she founded Team XX, an all female team of 25 filmmakers that created the award-winning film “Down Stage.” Ms. Vicory is a member of the Los Angeles-based Alliance of Women Directors and creator of the website  www.womendocumentaryfilmmakers.com, designed to increase visibility for female filmmakers. She is the creator of the non-profit brand  “My Power of One” (MPO1).  In 2015 under the MPO1 banner, she filmed a 48 state tour completing “12 Acts of Kindness.” A feature titled “Ruby’s Heartbeat” based on this journey is currently in the works.

Born in Israel, Daphna Edwards Ziman, is the President and Chief Creative Officer of Cinémoi, a television network devoted to vintage to modern films, high fashion and international lifestyle. She is the founder of Unicorn/SST Records, a writer/director, an award-winning author and a philanthropist, respected internationally and in Washington, D.C. for her work on behalf of at-risk women and children. She is the founder and Emeritus Chairperson of Children Uniting Nations, a charity that provides foster children with mentors, and successfully lobbied to amend the Family Preservation Act, ensuring the safety of children returning home after foster care.  Ms. Ziman serves on the Advisory Board of the Philanthropic Arm of the State Department, IREX, as well as on the Board of Trustees of Children’s Institute International, is a Chairperson of ABC LOVE (Adoption Brings Children Love), and has been the recipient of numerous honors, including The Jacqueline Kennedy Award by JFK University and the 1999 Peace & Tolerance Lifetime Achievement Award for Child Advocacy by the United Nations.

Following the panel will be a VIP reception where media and industry executives will have the chance to meet and mingle with the panelists.

ROSKINO, formerly SOVEXPORTFILM, is the Russian establishment responsible for consulting with the Russian Government regarding the international image of the Russian film industry and is the only company promoting the country’s motion-picture art internationally. Founded as a film production and distribution company in 1924 under the name SOVKINO, the company reformed as SOVEXPORTFILM, an import and export film company in 1945. From 2012, the company has been rebranded as ROSKINO, a state funded body responsible for promoting Russian films and filmmakers internationally.