Qobuz, the only hi-res streaming platform of SXSW, is sponsoring the Mercury KX artist showcase at SXSW Online 2021. Mercury KX is a London-based record label that features a diverse selection of genre-defying artists – such as Ólafur Arnalds, Anoushka Shankar, and Keaton Henson – who are crafting distinctive new music at the fringes of classical, alternative, and electronic music.

The showcase will feature a series of performances by Mercury KX artists Sebastian Plano, Lambert, Luke Howard, and Sophie Hutchings. The artist’s performance will kick off the music program each day at SXSW Online 2021 starting from 17 – 20 March.

Sophie Hutchings – Thursday 18 March 12.30pm CDT/5.30pm GMTComposer and pianist Sophie Hutchings spent a lot of her childhood outdoors by the ocean. Sophie’s music, influenced by the almost otherworldly effect of that natural landscape on her psyche, is ruminative and dreamy, and has been described by The Guardian as exuding, “an intimate, contemplative quality; sometimes melancholic, often with an exhilarating beauty.” Scattered On The Wind, her first album for Mercury KX, released in April 2020, is an elegant and transcendent meditation on “surrendering to the unknown, trusting that things will align.”

Lambert – Friday 19 March 12.30pm CDT/5.30pm GMTEnigmatic composer and pianist Lambert always performs wearing a Sardinian bull mask. Lambert’s own sonic language is influenced as much by pop music and wider culture as it is by elements of contemporary classical music. His latest album False, released in November 2020, features 14 different collaborations and is his most diverse album yet. Clash noted, “False is one of those albums that manages to distil pop culture whilst taking elements from the classical world to create something mesmeric and enticing.”

Luke Howard – Saturday 20 March 12.30pm CDT/5.30pm GMTAustralian Music Prize long-listed composer Luke Howard has scored films and performed with artists as diverse as Lior and Jeff Mills. He released his third solo album, Open Heart Story, in 2018, which explores fragmented relationships, childhood memories and the passage of time. Howard composed music for the short film The Sand That Ate The Sea (winner of the 2020 APRA/AGSC Award for Best Music for a Short Film), the theatre work The Shadow Whose Prey the Hunter Becomes (Back To Back Theatre), and has also written pieces for The Royal Ballet at Covent Garden and Atlanta Ballet. His music has been described as “absolutely heavenly” by Mary Anne Hobbs, BBC Radio 6.

The SXSW Music Festival brings together an international community of artists and music professionals for a unique celebration, discussion, and exploration of technology and music. This year’s new online format will allow artists to perform at unique locations in their home countries including a Norwegian cable car, Abbey Road Studios, a Brazilian greenhouse cafe, and a Taoist temple.

Founded in Paris in 2007, Qobuz is the world’s first Hi-Res music streaming service and a pioneer in high-quality sound. Launched in the US market in 2019, and available in 11 other countries worldwide, Qobuz is designed to meet the needs of music connoisseurs and audiophiles. Offering an exceptional range of exclusive editorial content written by a team of experts, in addition to liner notes and a catalog of more than 70 million titles, Qobuz is the undisputed choice for the most discerning music lovers. 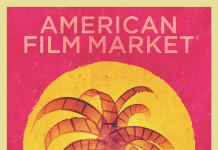