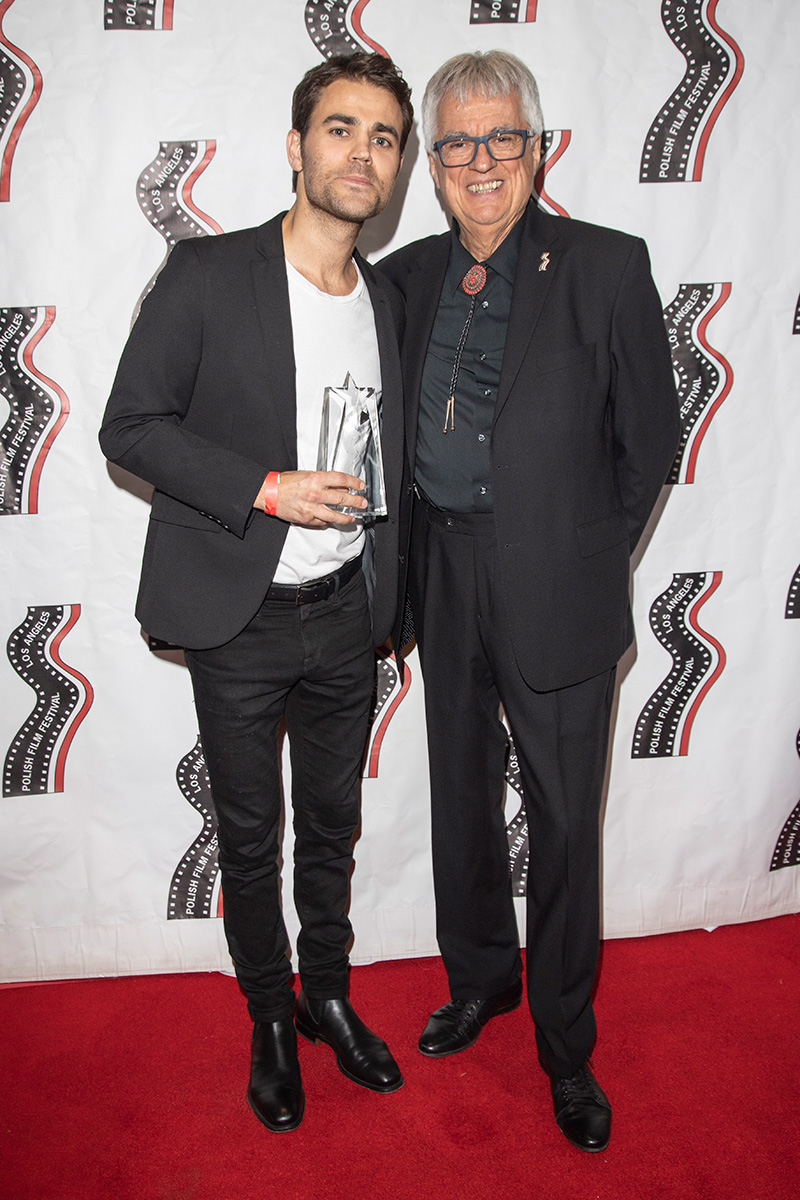 The 20th annual Polish Film Festival in Los Angeles, held October 18-24, 2019, celebrated its opening night gala at its new home at the WGA Theatre in Beverly Hills, California.  Festival director and founder Vladek Juszkiewicz first launched the festival some two decades ago, and has grown it into one of the most highly anticipated celebrations of foreign film in the City of Angels each year.

After an elaborate red carpet opening reception, the official program opened with the annual performance of the Polish and American anthems by the HB Barnum Life Choir,  an awards presentation emceed by Zbigniew Banas,  followed by a screening of Valley of the Gods, by Polish director Lech Majewski and starring Josh Hartnett, John Malkovich, Jaime Ray Newman and Joseph Runningfox.

Prior to the opening night film, the 2019 awards were presented to:

The Borders Award for a Short Film: Bogdan and Rose by Milena Dutkowska

The Hollywood Eagle Documentary Award: The Signs by Wojciech Klimala

One sad item of note to everyone’s surprise and disappointment, Vladek Juszkiewicz announced that 2019 would be his last year as the festival’s director. However, we hope that over the next 12 months, we can persuade him to change this decision.