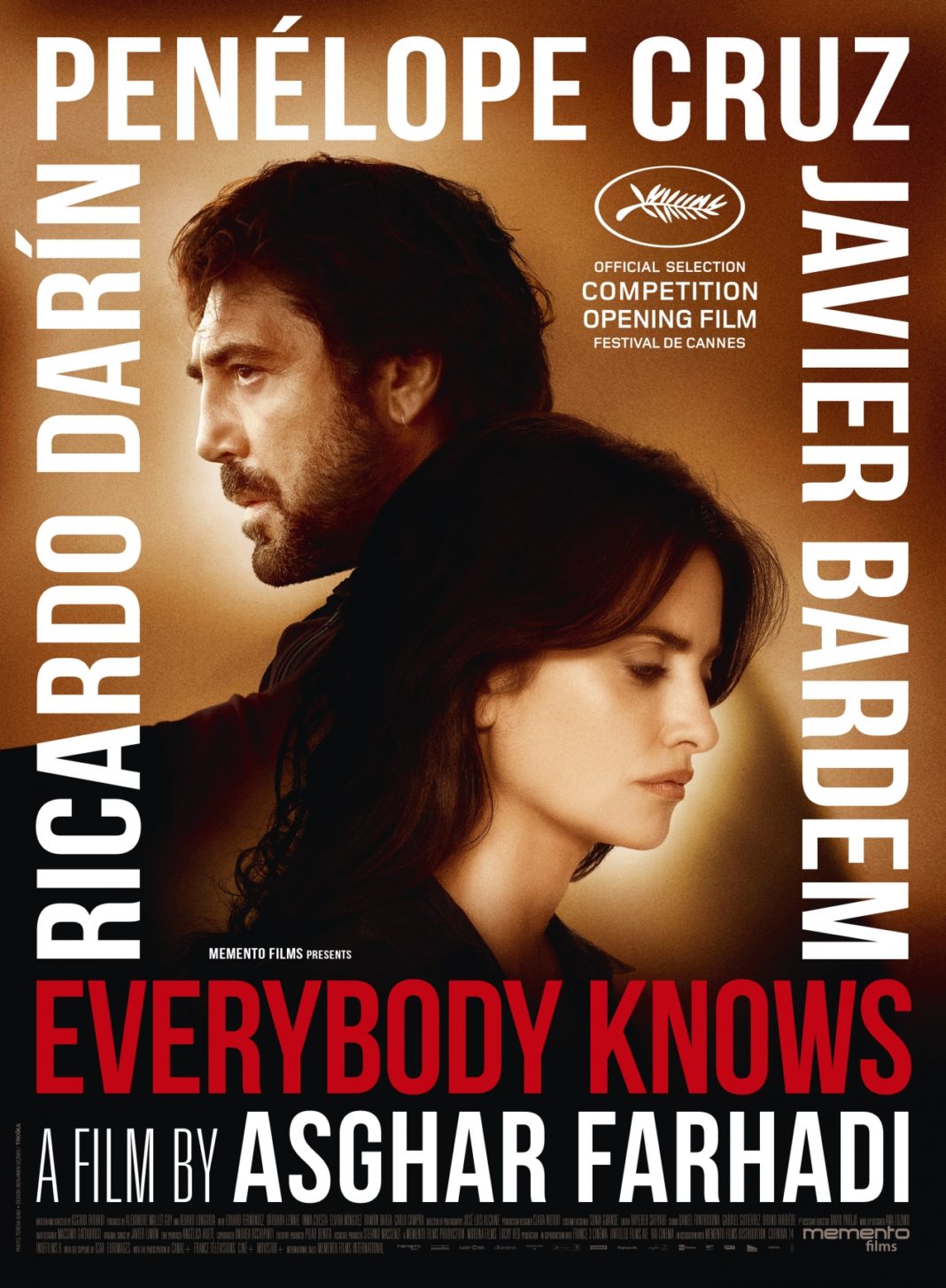 Award-winning Iranian director Asghar Farhadi’s new film Everybody Knows will open the 71st Festival Cannes, as part of the official competition at the Grand Théâtre Lumière in the Palais des Festivals on May 8, 2018.

A truly international production, the Iranian director’s film stars Penélope Cruz and Javier Bardem from Spain and Ricardo Darín from Argentina. Farhadi has assembled a world-class team that includes cinematographer José Luis Alcaine (The Skin I Live In, Volver by Pedro Almodóvar), costume designer Sonia Grande (Midnight in Paris by Woody Allen, The Others by Alejandro Amenábar) and Iranian editor Hayedeh Safiyari.

Farhadi’s eight feature, the psychological thriller, shot entirely in Spanish on the Iberian Peninsula, is the story of Laura, who lives with her husband and children in Buenos Aires. When they return together to her native village in Spain for a family celebration, an unexpected event occurs, changing the course of their lives.

Over the past decade, Farhadi has established himself as the world’s most influential and recognized filmmakers. His film A Separation (2011) received the Golden Bear at the Berlinale, as well as the Golden Globe, César and Academy Award for Best Foreign Film. Farhadi then entered the Official Selection at Cannes with The Past (2013, Best Actress for Bérénice Bejo) and The Salesman (2016, Best Screenplay and Best Actor for Shahab Hosseini), which also won an Oscar for Best Foreign Film.

The 71st Festival de Cannes opening ceremony will be held on May 8 and broadcast free-to-air by Canal +, as well as in partner cinemas, followed by the preview screening in selected theatres in France. Everybody Knows is produced by Memento Films Production (Alexandre Mallet-Guy) and Morena Films (Álvaro Longoria).