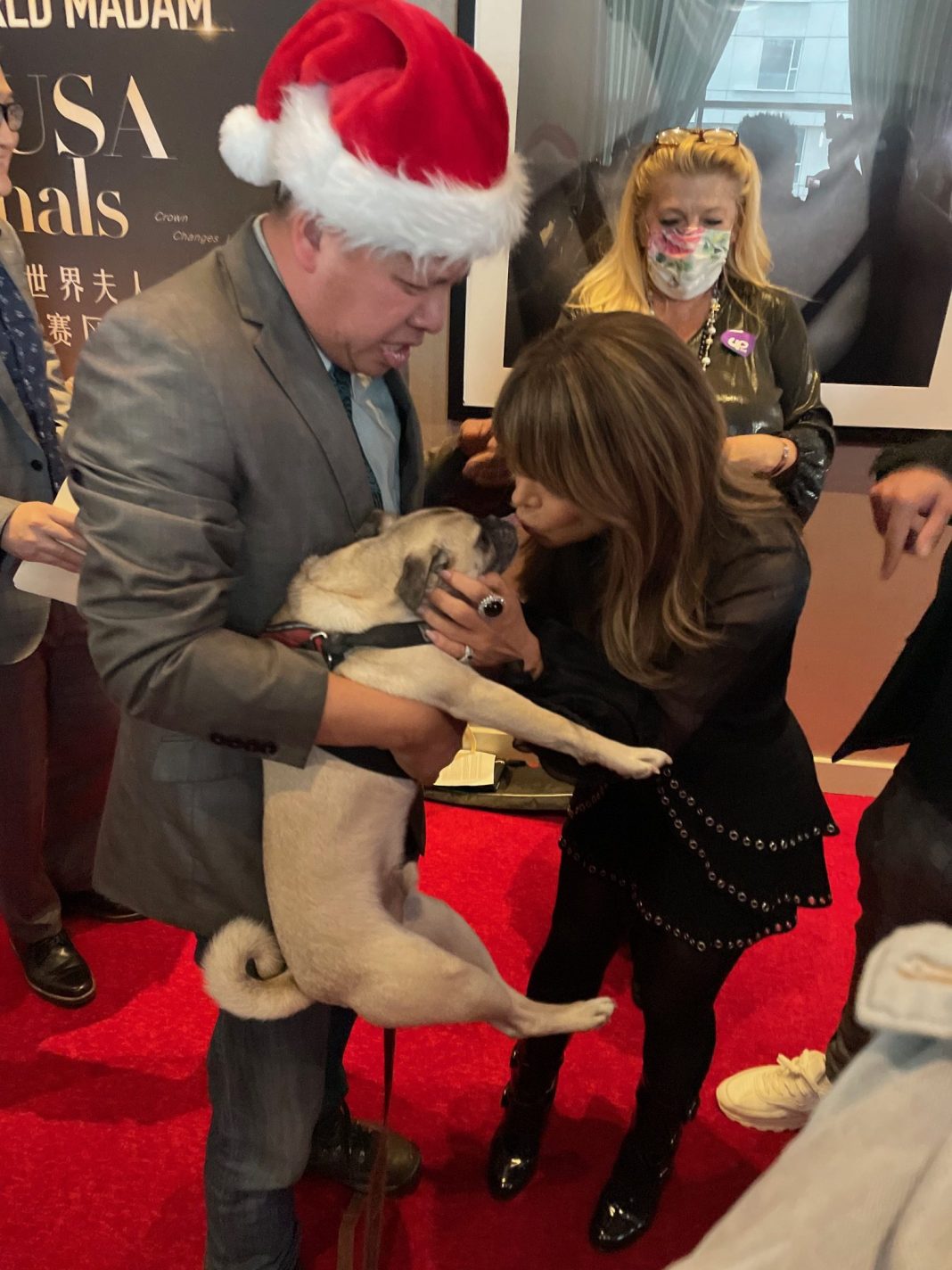 It was a circus at the December 7th press conference for the launch of another year of Uplive, the world’s largest independent global video social entertainment platform and its annual WorldStage competition. A slew of celebrities lined up on the red carpet, including Blac Chyna (@blacchyna), Bryan Abrams, lead singer of Grammy Award-winning Color Me Badd, and the legend herself, Emmy/Grammy Award winner and former American Idol judge, Paula Abdul (@paulaabdul).

“I am thrilled Uplive invited me back for another exciting year of outstanding worldwide singers. I  was really impressed with the vast talent competing last year and I am sure it will be even bigger and better this year”, said Paula Abdul, who will pick and crown the winner and coach the finalists. “Singing has been a passion for me, I enjoy sharing my experience with these young talented singers  and have a positive impact on their career and life .”

This heart for mentorship was evident when I spoke to Paula, who took to my pug/beagle mix Pugsley Love (@pugsley.love). Just last March, Abdul lost Tinkerbell and Charity in the same week, “It’s amazing the kind of love a dog provides – it’s truly a gift from God,” she said.

As a dog mother of Bessie Moo and her special needs rescue, Nemo, her nurturing and loving qualities have captured the hearts of millions, from her start as Janet Jackson’s choreographer, to her own successful late 80’s and 90’s musical career, and her subsequent stint at American Idol. Becoming the face of Uplive and this competition is a fitting next step as she takes her unique background and skillset to a wide net of talent across 260 million registered users in 150 countries. It is the largest independent global video social entertainment platform in the world.

Paula’s long term relationships saw many of her friends in attendance, including Blac Chyna, but also Bryan Abrams of Color Me Badd fame, who flew out from Oklahoma just to attend the event and help Paula with judging and mentoring duties. I caught up with Abrams for an exclusive interview. The Native-American of Choctaw descent, said, “I was asked to come out and mentor some of these new musicians that are going to be competing on the world stage. The internet is not new anymore, but it really didn’t exist when I was young. There really wasn’t that kind of exposure. These days, you can have talent, and be in Oklahoma City, like where I’m from, and have people in Japan hear your music. Now, the exposure is amazing. So there’s a lot more opportunities for young artists. And I think it’s a really good thing.”

“Uplive continues to empower talent around the world, allowing artists to pursue their dreams while remaining connected to their roots,” said Andy Tian, CEO of AIG. “The global reach and local relevance of Uplive WorldStage is made possible by the cutting-edge technology we deliver to our users, giving them a seamless digital experience that enhances artistic expression and entertainment.”

At the conference, Uplive’s second annual global live streamed singing competition, Uplive WorldStage officially kicked off. WorldStage finalists will be judged by Paula Abdul and ranked by peer-voting shown on a leaderboard. Last year’s competition drew over 4,000 participants from 20 regions around the world, and this year’s contest has expanded to over 150 regions.

Participants from these regions will compete for thousands of dollars in prize money and talent contracts. The month-long competition will be streamed live 24 hours a day and will include head-to-head PK battles and a “party mode” where mentors, judges and viewers can participate.

The top 100 finalists will receive talent host contracts from Uplive. There will be two top winners, one crowned by Abdul as the overall winner and one “People’s Choice” winner crowned by other judges and viewers. Mentors such as Blac Chyna that will hold virtual mentoring sessions with top tiered talent. Both winners will receive $5000 in prize money, a virtual mentoring session with industry leaders, a recording contract, and a personalized song and video written by Grammy nominated producers.

Winners will also have a chance to record at or join Uplive Boy Bands or Girl Bands in cooperation with KDS studios, which has produced albums for some of the biggest artists in the U.S. including Justin Timberlake, NSYNC, Usher, and Christina Aguilera.

The press conference kicked off with a multicultural fashion show, and then a freestyle rap referencing Blac Chyna and Paula Abdul.

But soon it turned to a powerful inspirational keynote message by Abigail Posner, show host, cultural anthropologist and executive from Google. She shared her personal experience of how technology platforms are enabling content creators such as herself to express their creativity through honest and real authentic moments where people can truly connect, the heart of Uplive. We caught up with Abigail before her speech and she said, “[This competition] is super exciting and sexy, but it’s also really meaningful and deep, and I’m gonna dig into that.”

In the actual speech, we heard powerful moments and lessons. “Self expression is fundamental to being human. But another reason this launch is so meaningful to me is that as a tech executive, I’m a big believer in the power of technology to amplify humanity. There’s no denying that so many people have lost family members, livelihoods, and connections with others. But how much worse would it have been without technology? As Andy said, it’s given so many talented people an opportunity to make a living without leaving home during COVID thanks to the virtual gifting mechanism. We just saw this amazing fashion show and what stood out to me. The clothing is beautiful. I get to wear it. Some of it, but what stood out to me was the inclusivity.”

Christine Xu, General Manager of Asia Innovations Group, introduced Paula Abdul but reminded everyone that a Filipino American single mom, Zandystorm, from Minnesota, was last year’s “Singing For The World” winner, who now has a recording contract with iHeartMedia and works closely with AIG to promote other up-and-coming talent and worked closely with the World Madam, a Chinese beauty pageant.

Paula was jubilant in her remarks, “Performing is such a true passion of mine singing, dancing and getting the opportunity to also mentor young talent and pass on my knowledge throughout the decades of my career to these young content creators. It is truly a blessing. It’s the gift that keeps on giving. And hopefully I’ve been able to leave a positive, lasting impression, helping them navigate their life and their careers.”

When asked what talent she is looking for, she says, “I always say unique ability. People who are willing to crush the mold, [those] emerging from the background, not emulating their favorite singers, but coming forth with their own unique style, sound, and presence. And I know that there’s gonna be no shortage of greatness [for this competition].”

Take note, participants, and best of luck! The competition began on December 7th. More information can be found at https://www.upliveworldstage.com/2021.

Marc Ang (marc@aib2b.org) is a community organizer in Southern California and the founder of Asian Industry B2B. He is also an avid music lover of all genres, dog lover with a puggle (pug-beagle mix) Pugsley (@pugsley.love on Instagram). Marc’s book “Minority Retort” will be released in early 2022.