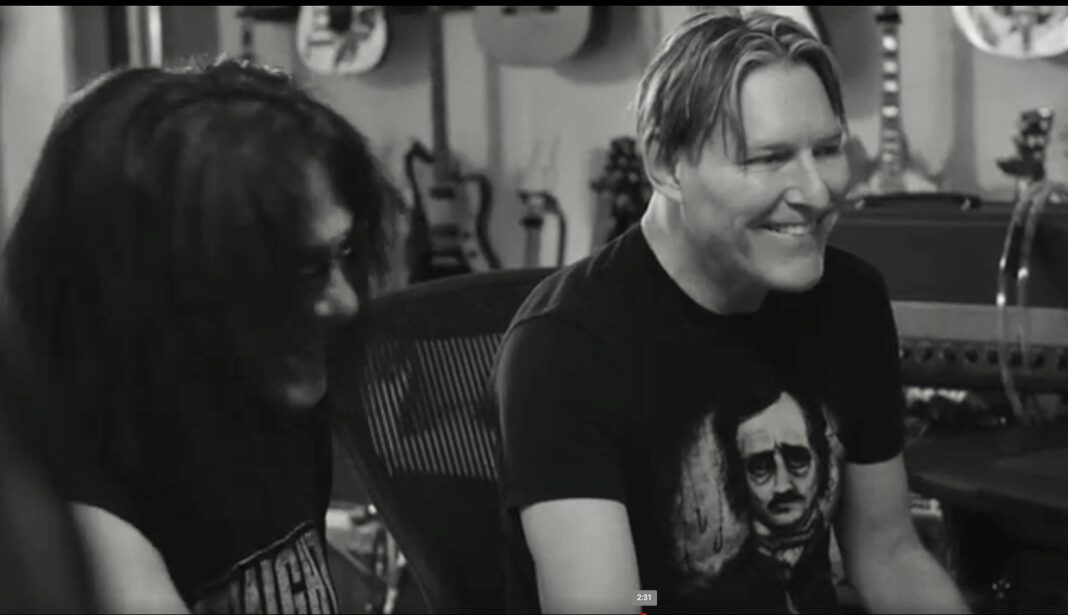 If you’ve ever wondered what it would be like for such an iconic artist as Tyler Bates, long-time, former Marilyn Manson lead guitarist and producer of two of Manson’s albums, to shift into the world of sound sculpting for film and other production work, look no further. His new collaboration with Los Angeles-based alternative rock collective “Beauty in Chaos” and vocalist Rafe Pearlman has resulted in ‘Temple of Desire (Box Cutter Mix),” the second from the new BIC remix-based release “Out Of Chaos Comes…’  and now available on vinyl, CD and digitally via 33.3 Music Collective.

The ‘Box Cutter’ remix takes the song in a more condensed and esoteric direction, while the video offers a sort of an introspective, behind-the-scenes look.

Bates’s notes, “Music is very personal to me, so it’s rare that I remix or re-imagine another artist’s music. But after decades of sharing our musical experiences through friendship, I was thrilled when Michael urged me to create a new expression of ‘Temple of Desire’ that is truly my own. The original song is already amazing, so the bar was a high mark to reach, but Rafe Pearlman’s evocative lyrics and soulful vocal performance inspired me to explore a new dimension for this track. I love both versions!”

“Beauty in Chaos” is curated by guitarist Michael Ciravolo, who is also President of Schecter Guitars. With the original version found on “The Storm Before The Calm” LP, this version also features producer Michael Rozon (Ministry) on keys and Gil Sharone (Marilyn Manson) on drums. Directed by Vicente Cordero of Industrialism Films, the video was filmed on location at Tyler Bates’ Abattoir Studio in Studio City, California.

“I always strive so that each of our videos has a different look and feel.  I love the simplicity of this video, which is further accented by Vicente’s use of black and white.  It is certainly the polar opposite of our last video ‘A Kind Cruelty’ (The Sinistrality Mix)’,” says Ciravolo.

Ciravolo continues, “I’ve known Tyler since his days in Pet and  he quickly became one of my best friends.  Along with BIC producer Michael Rozon, Tyler is one of the best all-around musicians I know.  It has been a joy to watch him become one of the biggest composers in film and television.  I give them both all the credit of introducing Rafe Pearlman to our BIC Family.  I didn’t know what to expect from Rafe in this video as a performer, but he proved to be quite expressive and engaging.  I think this video captures an element of fun in making music.  Hell, even the name of the remix is a bit of an inside joke!   BIC’s curator even lets on just about the next video: ‘well it will be out before the holidays and the pendulum will swing 180*!”

“Out Of Chaos Comes…” is now available on vinyl (8 tracks), CD (14 tracks) and digitally (27 tracks). The full digital version is included with an LP / CD purchase. Limited-edition colored vinyl also includes an exclusive cover-art poster, signed by the many of the artists involved. Various formats can be ordered directly from www.beautyinchaosmusic.com/music-store