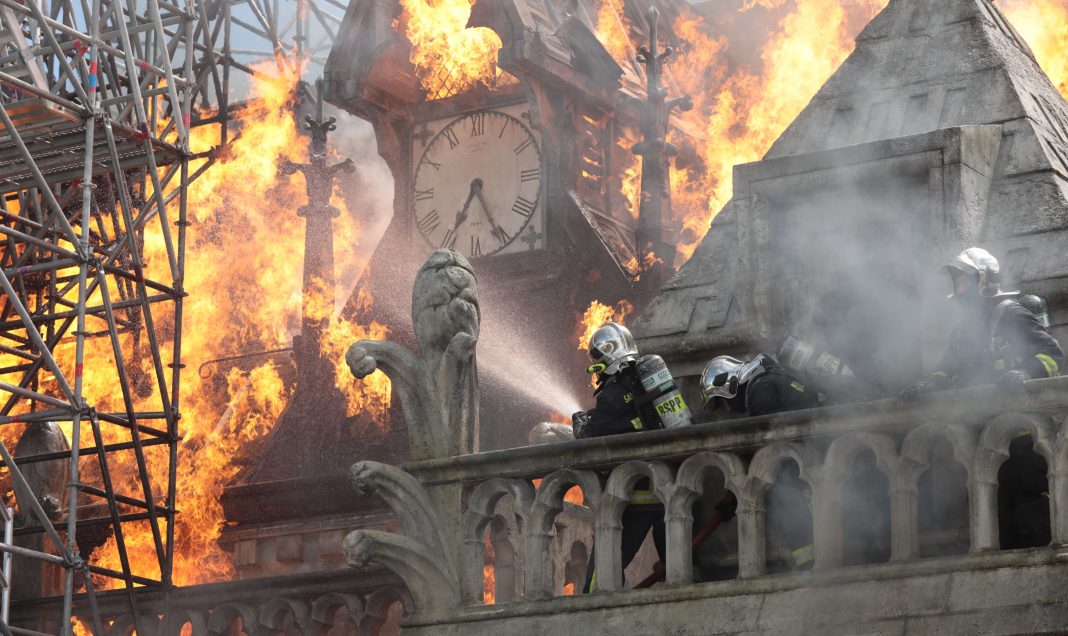 At a press conference held today at the Résidence de France in Beverly Hills, members of the Franco-American Cultural Fund (FACF) and The American French Film Festival Program Committee announced that the Opening Night film for The American French Film Festival (formerly COLCOA) will be the North American premiere of Jean-Jacques Annaud’s NOTRE-DAME ON FIRE / Notre-Dame Brûle. The film will screen October 10, kicking off the week-long Festival held at the DGA Theater Complex in Los Angeles.

“Every year, The American French Film Festival presents the very best of French cinema and television, and this year is no exception. I am personally excited about the opening night selection of Jean-Jacques Annaud’s NOTRE-DAME ON FIRE as I think it perfectly embodies the Franco-American Cultural Fund’s mission,” said Andrea Berloff.

The entire lineup for the Festival was also revealed at the press event and includes 75 films and series and 20 shorts, many of which are International, North American and U.S. premiere presentations. Seventy-one of these films will be up for The American French Film Festival Awards.

“This selection of French films and series in competition for The American French Film Festival Awards underscores –  despite the two year pandemic period – the astounding dynamism of the French production community,” said Francois Truffart. “This 26th edition of the Festival is notable for its diversity of genres, the emergence of new talent and particularly for the creativity coming from new female filmmakers.”

“As exemplified by this year’s swath of impressive films, French cinema continues to explore form and storytelling that echo Jean-Luc Godard’s freedom to experiment,” notes Anouchka van Riel. “More than ever, The American French Film Festival seeks to build bridges between two countries and tell stories with different narrative structures. This Festival is not only a showcase for French films and series, but also a place where bicultural conversations occur on topics like remakes and young audiences. It is a celebration and an opportunity to promote understanding and build communities.”