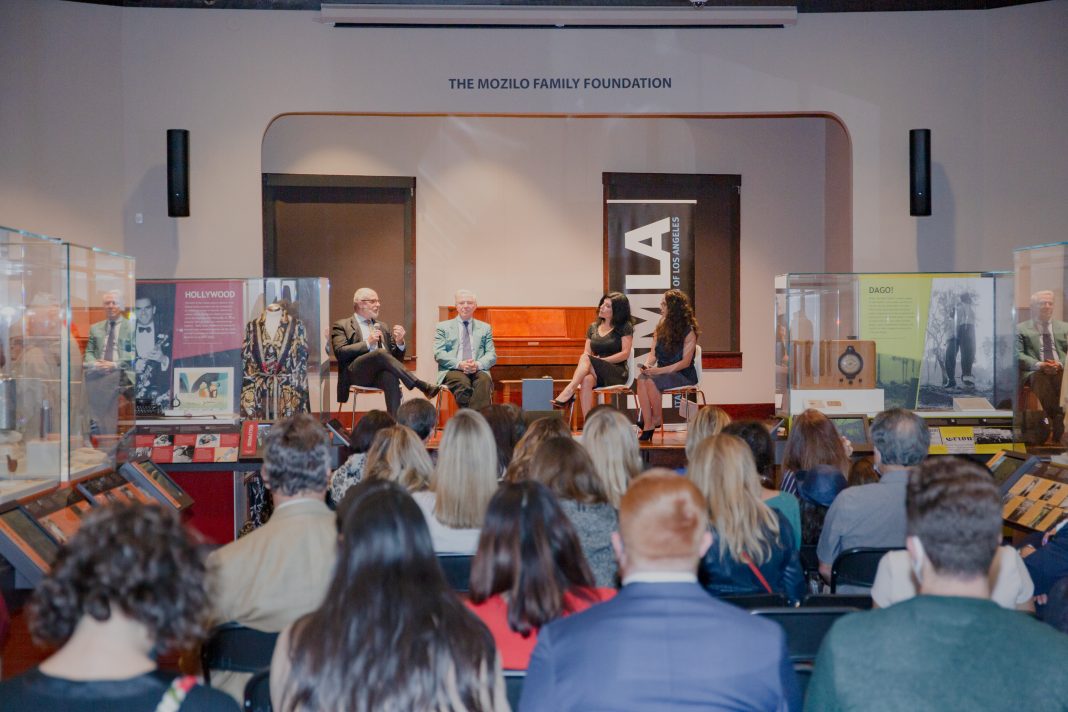 The Consulate General of Italy Los Angeles recently held a private screening of the new culinary-focused documentary La Cucina Italiana in Los Angeles: An Italian & American Story at the Italian American Museum of Los Angeles The one-hour film was followed by a brief Q&A with some of the influential chefs  who appear in the film and a cocktail reception.

“La Cucina Italiana in Los Angeles: an Italian and American story” features some of the city’s most accomplished chefs of Italian cuisine, exploring the evolution of Italy’s food in Los Angeles and its impact on our dining scene throughout several decades. Featured chefs include Gino Angelini, Piero Selvaggio, Nancy Silverton, Evan Funke, Angelo Auriana, Mattia Agazzi, and Steve Samson, to name just a few. The one-hour film traces the path and narrates the evolution of Italian cuisine in Los Angeles, exploring the extraordinary rich history of Italy’s influence on the city through its food. Beginning with a look back at the journey of early Italian immigrants circa the 1830s, the film illuminates the journey of pioneers of Italian restaurant businesses in Los Angeles throughout the decades to the present day. Several of the city’s most prominent chefs and food historians tell their stories about the Italian culinary scene in L.A., past, and present.