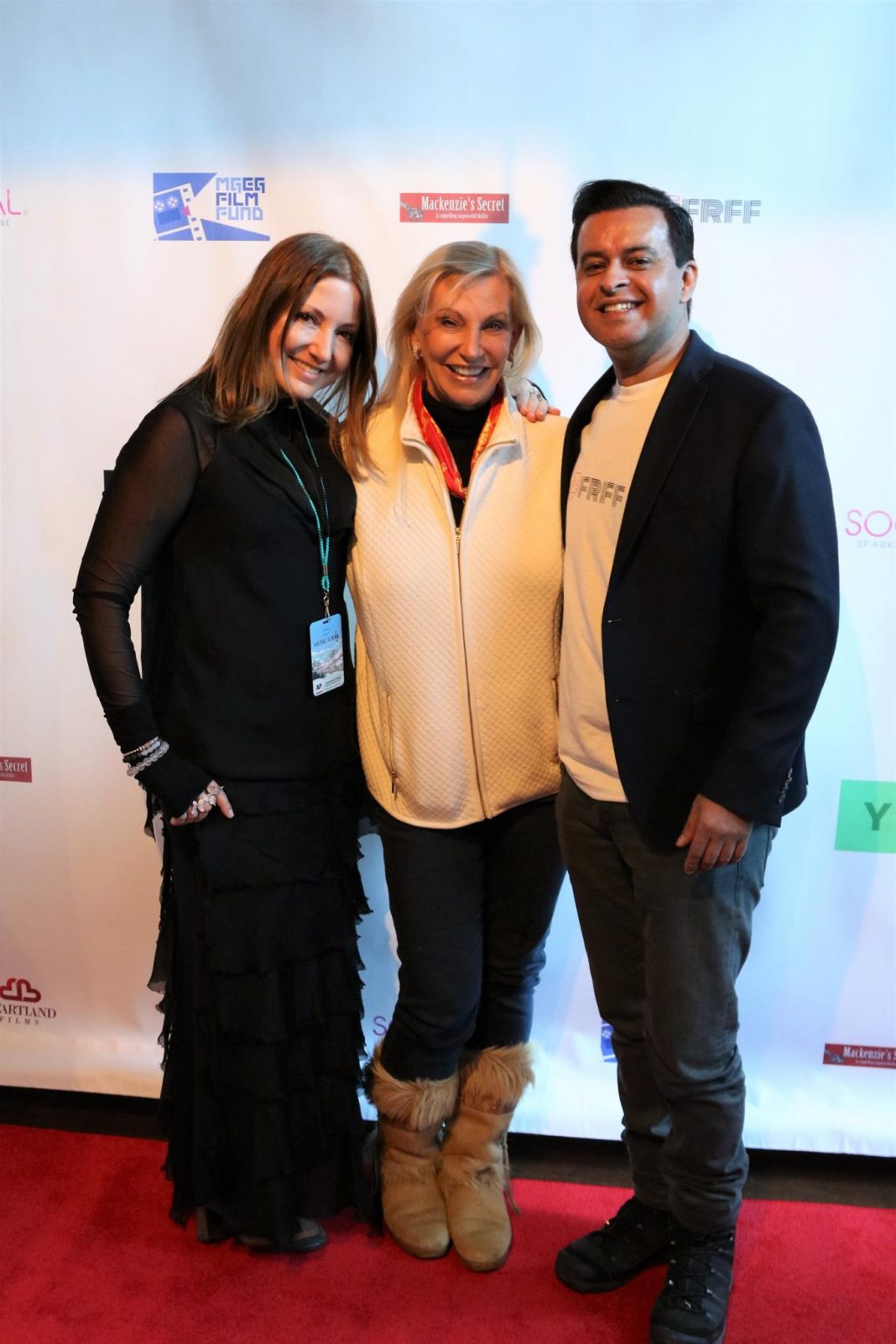 Ali M. Aksu on the trend to produce ‘feel good’ content during the pandemic…

Feel good movies are definitely rising, movies that give people a positive outlook and help. These are the times that we need those types of movies. I think the same wave happened in the second World War, when the United States would push an agenda, the government pushed an agenda in Hollywood… to push more feel good movies.

Bobbie Dyer on the motivation to make Breakthrough: A Mental Health Journey…

The motivation for making this movie was to really rip the Band-Aid off the stigma of mental health in America and to let people know that there are other individuals just like them, normal everyday people that are going through similar things… and if we talk about it and work on it together, we feel that is something we can make a difference with this picture.

Anna Fishbeyn on women in the film industry today…

Wendy Morgan on how she approached the making of Mercy…

IT {the subject matter} drove me to write about it…. How on earth can I tell a story on this subject? How to tell the story without too much alienation, which is going to alienate people, because it’s such a hard topic.

When you wake up, you don’t know what’s going to happen that day… I wanted to show that they were both human and that people make mistakes, and the choices that you make have consequences.

Ali M. Aksu is an international film producer, director and entrepreneur. He is the executive producer of several groundbreaking projects, including the first-ever Hollywood feature film to cast digital media talent, that was distributed by Universal Studios.

He is the founder of FilmCapital.io, a community-focused Hollywood crowdfunding platform that was incubated at Singularity University, and Auteur Academy, an educational platform to empower independent filmmakers.

Mr. Aksu is the Southern California Young Professionals Ambassador at the United Nations Association of America. He is an MBA candidate at Chicago Booth School of Business. He holds a B.A. in economics, with a minor in film, TV and digital media from UCLA, and earned executive-level degrees from MIT, Wharton and Singularity University.

Bobbie Dyer is the Executive Producer and Co-Creator of Breakthrough: A Mental Health Journey. Scheduled for release in 2022, the documentary follows five mental health stories, including her only child Spencer, who struggled with mental health and died in 2019.

With over 30 year’s mortgage banking and real estate experience, Ms. Dyer is currently President of Dyer Mortgage, a boutique mortgage company providing home loans throughout Florida. Dyer has closed over 10,000 loans and is one of the leading home mortgage experts in the country. She has been the recipient of dozens of awards for production, management and leadership.  She has over 20 years’ experience as a published author and writer of dozens of articles for numerous publications including USA Today, Brevard Business News, Space Coast Living, Florida Today, Space Coast Business and industry publications. Dyer’s column primarily focuses on consumer finance, real estate, and credit. Her 2021 column on men’s golf (British Open) was published worldwide.  She has also written more than a dozen articles on food, wine, community involvement and business.

Since 2018, she has served on the Federal Reserve REIN committee (Southeast US/Atlanta Fed) and is a Florida Tech University Trustee. She has received more than 50 awards for community involvement, loan production, customer service, and leadership.

Anna Fishbeyn, Founder and President of XOFeminist Productions and Anteriya Films (Russia/USA), is an award-winning star of stage and screen, a filmmaker, director, author and actress.

Her movie Galaxy 360: A Woman’s Playground, which she wrote, directed and stars in, had its red carpet, world premiere during AFM 2021. The pre-release version of the film screened to a packed house at the Cannes and Big Apple film festivals and was a finalist of the Sundance New Frontier Exhibition.

Ms. Fishbeyn’s first play Sex in Mommyville premiered in New York City and was recommended by Bloomberg News, while CBS Radio pronounced her “a comic genius.” Her second play My Stubborn Tongue played off-Broadway at NYC’s New Ohio Theatre and went on tour to the West End in London at the Soho Theatre.  Her solo cabaret show at the Metropolitan Room in NYC Anna on Fire and Uncensored was recommended by CBS News New York, Jewish Week, and NiteLife NYC.

Ms. Fishbeyn wrote and starred in the award-winning web series Happy Hour Feminism and directed and starred in Invisible Alice, a short musical film is currently on the festival circuit.

Award-winning actress Wendy Morgan‘s international career spans 43 years, working alongside some of the most renowned names in the industry. She recently made her directorial debut with the powerful docudrama titled Mercy. In the film, she unveils the truth behind the devastation caused by animal agriculture, told though the eyes of a pig named Mercy and those involved with and trapped in the factory farming industry.

Filipino/Italian American, Angelo Reyes began his professional life as a creative designer in the advertising industry.  Later, he decided to explore the television industry by hosting and co-producing the motorsports show Street Vision Garage.

He then studied with Lynette Sheldon at the LS Acting Studio in New York and soon relocated to Los Angeles to pursue his aspirations as an actor. He has appeared in the 2020 Netflix film Hill Billy Elegy, the 2010 comedy-crime-drama The Bill Collector, HBO’s The Outsider, the 2013 drama-thriller Killing Kennedy, and others. After achieving success in the acting realm, he decided to explore his talent as a director. In 2015, he produced his first short film titled Heartless. In 2018, he was recognized with the Rising Star Award at Westfield International Film Festival for Groomed, a short about human trafficking that he both produced and directed.

His latest project, 21st & Colonial is based on a true story about a young Black man struggling to support his family crosses paths with an overworked police officer with PTSD. The short, which he co-wrote, directed, and stars in, won a REMI Award at the 54th Worldfest International Film Festival and has been named an official selection at several festivals. Mr. Reyes plans to develop the story into a feature film. Deeply in touch with his Filipino and Italian roots, Mr. Reyes is dedicated to creating films that explore the intricacies of different cultures and promote tolerance, diversity and inclusion.

The panel will be moderated by Rehna Azim, a London-based practicing lawyer and freelance journalist who writes mainly about film and lifestyle topics. She was previously the editor of a glossy women’s magazine and is currently awards editor at www.moviemarker.co.uk. Her site www.itsalawyerslife.com is a lifestyle and wellbeing blog for lawyers by lawyers. She has written and produced four short legal dramas.