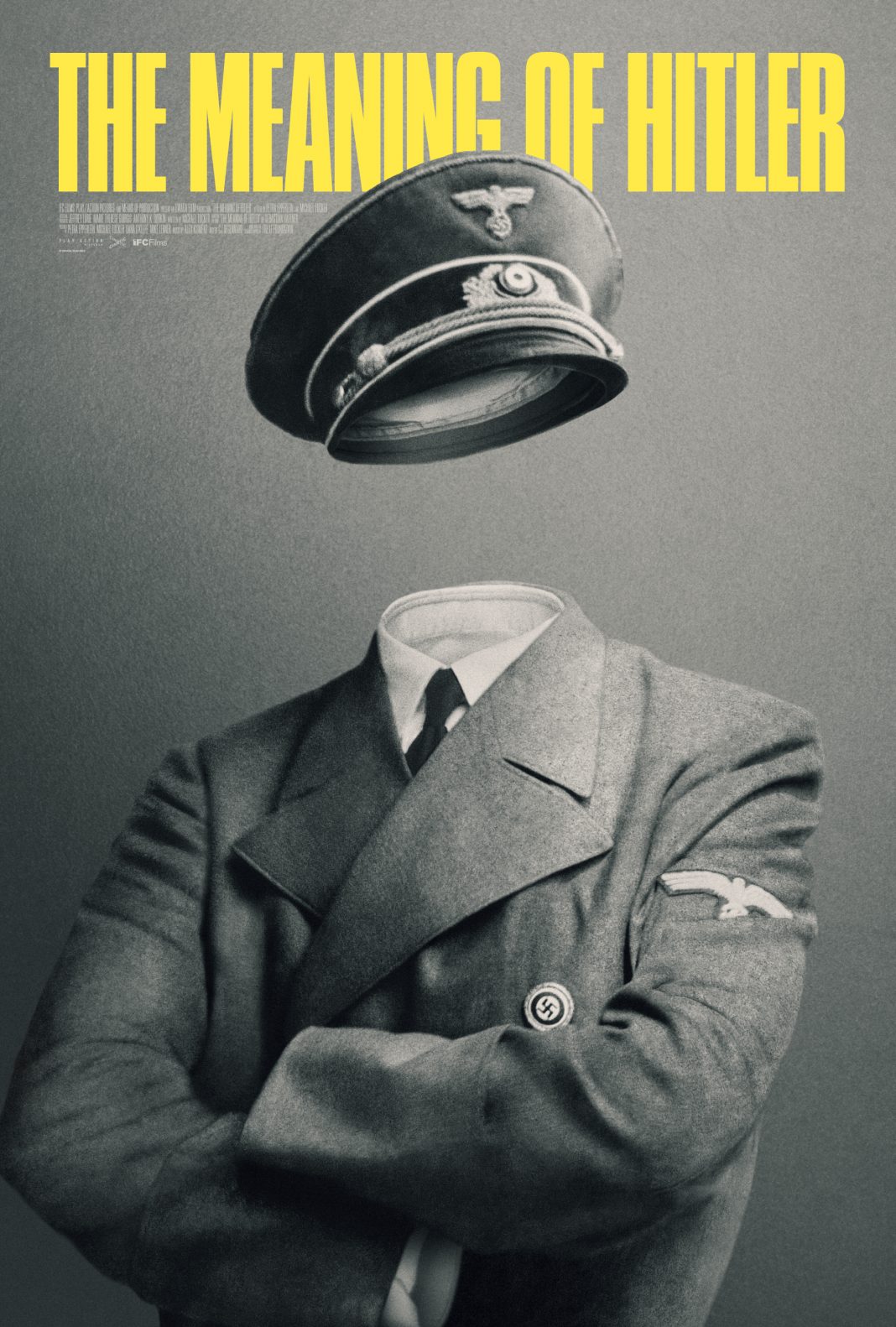 IFC films today will premiere the provocative new documentary The Meaning of Hitler. The film opens today in theaters and on-demand everywhere you can rent or buy movies.

Using the eponymous 1978 bestselling book as its frame, The Meaning of Hitler is a provocative interrogation of our culture’s fascination with Hitler and Nazism set against the backdrop of the current rise of white supremacy, the normalization of antisemitism and the weaponization of history itself. Shot in nine countries, the film traces Hitler’s movements, his rise to power and the scenes of his crimes as historians and writers, including Deborah Lipstadt, Martin Amis, Sir Richard Evans, Saul Friedlander, Yehuda Bauer, and famed Nazi hunters Beate and Serge Klarsfeld, weigh in on the lasting impact of his virulent ideology. As fears of authoritarianism and fascism now abound, the film explores the myths and misconceptions of our understanding of the past, and the difficult process of coming to terms with it at a time in our history when it seems more urgent than ever.

The film is written, directed and produced by filmmakers Petra Epperlein and Michael Tucker, a wife-and-husband team, and is executive produced by Jeffrey Lurie, Marie Therese Guirgis and Anthony Dobkin.

Filmmakers Epperlein and Tucker, aka Pepper & Bones, work together between New York and Berlin. Epperlein was born in Karl Marx City, GDR and began her professional life as an architect. Tucker was born in Honolulu, Hawaii and fell into camerawork after an accident on a factory trawler led him to pick up his first camera. They met in New York in 1994 and immediately began work on The Last Cowboy, one of the earliest examples of digital film.

Directors’ statement: This film was made over the course of four volatile years, beginning just as the UK decided to Brexit, far-right nationalists were gaining ground across Europe in the wake of the migration crisis, and America was grappling with the improbable rise of Donald Trump in the 2016 election. Then came Charlottesville and a wave of antisemitic and xenophobic terror attacks. It seemed that the world was sliding backwards into darkness. How was that possible? Had history lost all meaning? So we went looking for answers.