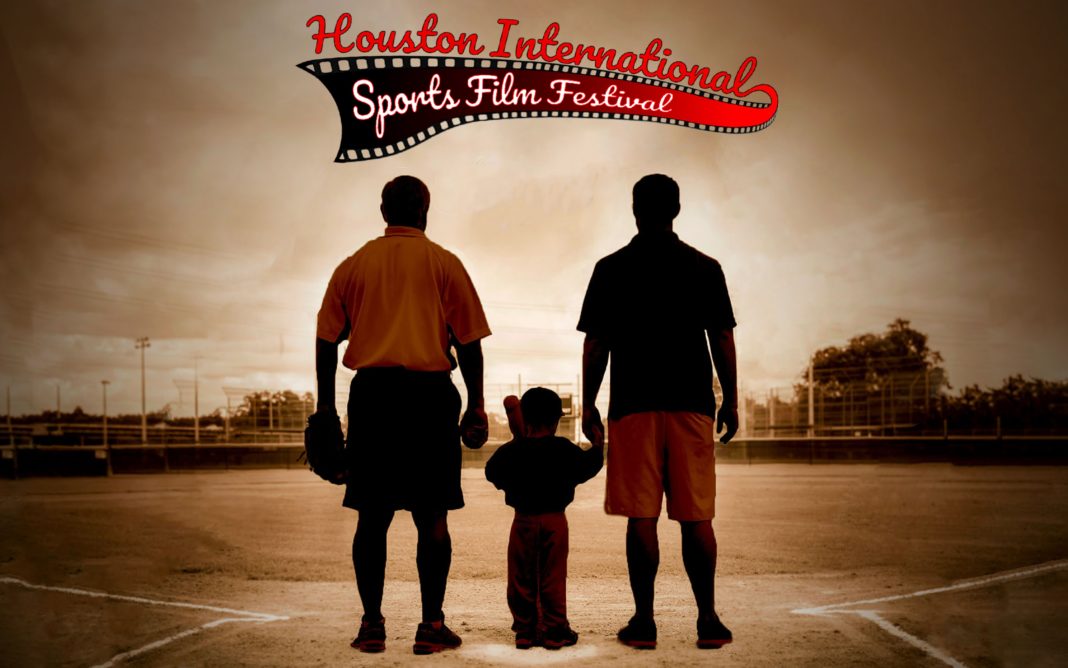 As a Houston native who currently resides in New York City, Merwin founded this festival “..to enhance Houston’s influence in the film world and celebrate the impact of sports through film. There is a vast landscape of festivals in the U.S., but there is no festival solely dedicated to spotlighting the sports element in the film world. I wanted to start this festival to give independent filmmakers a platform to launch their films and careers by bringing people together through sports and film, with a stand alone festival.”

The festival’s mission is to provide emerging filmmakers with a platform to launch immersive sports stories and create positive change in people’s lives, and the world, while also leaving a legacy for the city of Houston for future generations.

“Born out of a love for sports and film, the first annual Houston International Sports Film Festival aims to showcase the impact that sports have on people’s lives. By timing our festival to overlap with the World Transplant Games, Houston has the opportunity to support athletes, actors, content creators and filmmakers, to make a difference in the lives of transplant recipients,” notes Merwin. “I hope that integration with the film festival will bring more awareness to World Transplant Games and organ donor awareness through increased media exposure.”

He adds, “Houston is a city that brings people of all walks of life together. Similarly, sports are played in every culture around the world, inspiring people and joining them together around a single passion. The HISFF festival will be a platform to showcase the existing, inspiring and intense stories that sports bring to people’s lives, bringing together independent filmmakers and athletes who are producing their own content, and sports fans, to celebrate the positive impact sports has on all of us.”

The HISFF will have a mix of documentary and narrative, feature and short films. There will be a focus on social impact, as the festival aims to make a positive contribution to the city and the world through this new annual festival. Sports activations will also be part of the festival, to help kids live a more active lifestyle and integrate the basis of the festival for an exciting four days of programming. A festival board of respected industry players and authorities, athletes and notable filmmakers is currently being established, to be announced this summer.

Additionally, Merwin, as an independent filmmaker, wanted a platform for his love of sports and film content. He spent years filming a documentary, “A Gift For Life” that follows Carson Kainer, a University of Texas baseball player, who is drafted by the Cincinnati Reds, on his journey after receiving a life saving kidney transplant from his father, Ron. “After documenting Carson’s story and becoming a part of his life, I wanted to have a platform to not only tell his story. I also wanted to use the film as a catalyst to create a big impact towards organ donor awareness. For independent filmmakers, film festivals are generally the platform to launch a story into the world. While trying to figure out where my film would fit into the landscape of festivals, I realized there was not a stand alone major sports film festival. This was very surprising to me and I quickly realized that filmmakers needed a major sports film festival to help launch their stories into the public consciousness. Since the formation of my idea, we have seen a consistent surge in audience appreciation for sports films, documentaries in particular. Professional athletes have started forming their own production companies as well, adding more exciting content to the mix.” His film will be shown as part of the documentary portion of the festival.

The HISFF has a fiscal sponsorship with Fractured Atlas, as a nonprofit festival, allowing tax deductible donations to support the festival and the filmmakers.

“Film festivals have helped open the doors for many of today’s award-winning filmmakers, with over 500 major international film festivals held each year. The vision is to create and establish a niche festival that is respected and anticipated for years to come,” adds Merwin.

With submissions now open, the festival plans to announce their 2021 lineup in March 2021, with their first film to be announced in June 2020. The four-day event will showcase world and U.S. premieres, exclusive cuts, and special screenings.

Merwin also wants to make sure filmmakers who submit pieces to the festival will get a review of their submitted film, adding to the integrity of this new festival. The goal is also to create a panel of reviewers, mainly consisting of those out of work in the film industry as a result of the Covid-19 pandemic, to judge and review the films, creating a new job opportunity for experienced filmmakers.

Film Submission site:  filmfreeway.com/hisff *Submissions are now open as of May 2020