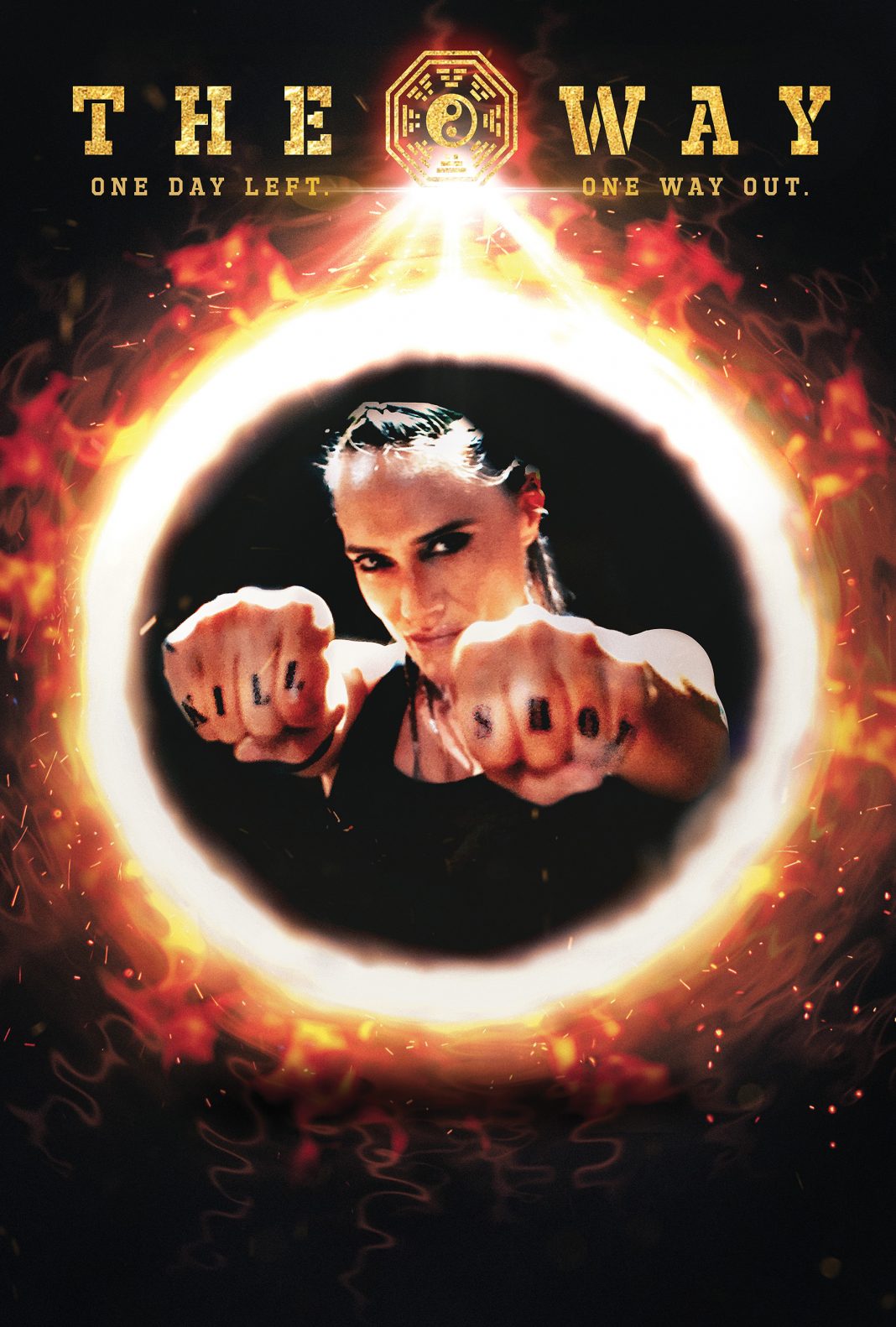 The Way will be available via streaming platforms and on demand on cable and satellite networks beginning early 2022. The deal was negotiated by Khalili and Megan Huggins, on behalf of Gravitas Ventures.

“My vision for the film was to integrate emerging masculine and feminine models into my storytelling and I feel I have accomplished this in The Way,” comments Khalili. “The film features a powerful female lead and a cast that is multi-racial and multicultural, mirroring humanity. The spiritual journeys of the main characters are vital to the storyline, affecting their choices and paths to achieving ultimate redemption.”

The Way is the story of Jane Arcs (Eli Jane), who thirteen years ago was condemned to death after brutally killing her opponent in an underground street fight. Now, in just 24 hours, Jane will be executed for her crime. During her years on Death Row, Jane has undergone a major evolution under the tutelage of a fellow inmate and Qi Gong Master Xin (Joan Wong/ the niece of Kung-Fu Master Wong Jack Man, who was best known for his controversial duel with Bruce Lee in 1964), learning the way of Qi Gong and ostensibly gaining supernatural abilities. As the day of her execution arrives, Jane embraces her punishment in the spirit of transformation. Max Stone (Kelcey Watson), Jane’s boyfriend as well as correctional officer and part of the execution tie down team, has very different ideas. He is willing to do anything to save Jane. Will he kill others to save her life? Or will Jane help him to see the light and to let her go? The story climaxes as the essence of spirit collides with the raw power of desire, ultimately bring the audience full circle in seeing how both are essential to being human.

The Way will hold its theatrical red-carpet premiere on Friday, November 12, 2021 at The Music Hall Lumiere Cinema in Beverly Hills and will run through November 18th. (Pre-sale tickets are available now at https://lumierecinemala.com/film-the-way/)

A festival favorite, The Way recently was awarded best Feature and Best Director Awards at the Accolades international global film competition and the best producing prize at the Hollywood Golden Age Film Festival. The film was filmed during the pandemic under strict protocols and reported no incidences of Covid -19.

Born in Tehran, Iran, Dastan Khalili moved permanently  to the United States at age 9. He began his filmmaking career in 1995 after graduating with a Bachelor of Arts from the Pomona University Theater Academy. The award-winning director’s first feature Insomnia Manica garnered best feature and best director at the NYC Independent Film Festival (NYCIFF) in 2005, and his documentary Earth Turns To Gold won best documentary feature and best documentary director at NYCIFF 2010. In 2011, he was awarded best environmental documentary director the New York Film Festival for his film Making Of A Dream. Khalili has a wide range of directing experience including features, documentaries, educational films, music videos, and theatre.  He is a member of the Director’s Guild of America.  @dastankhalili

Alliance of Light is a film company that makes both narrative and documentary features, focusing on themes that motivate and excite audiences worldwide. Human potential, the sacred and supernatural, a meaningful life, mortality, hopes, dreams, desires and love are some of the essential colors of its stories.

SXSW Spotlights the ‘Sounds From Spain’