INDIE ENTERTAINMENT (News) MEDIA
Home Featured Article From San Gemini to the Rest of the World: the Book about... 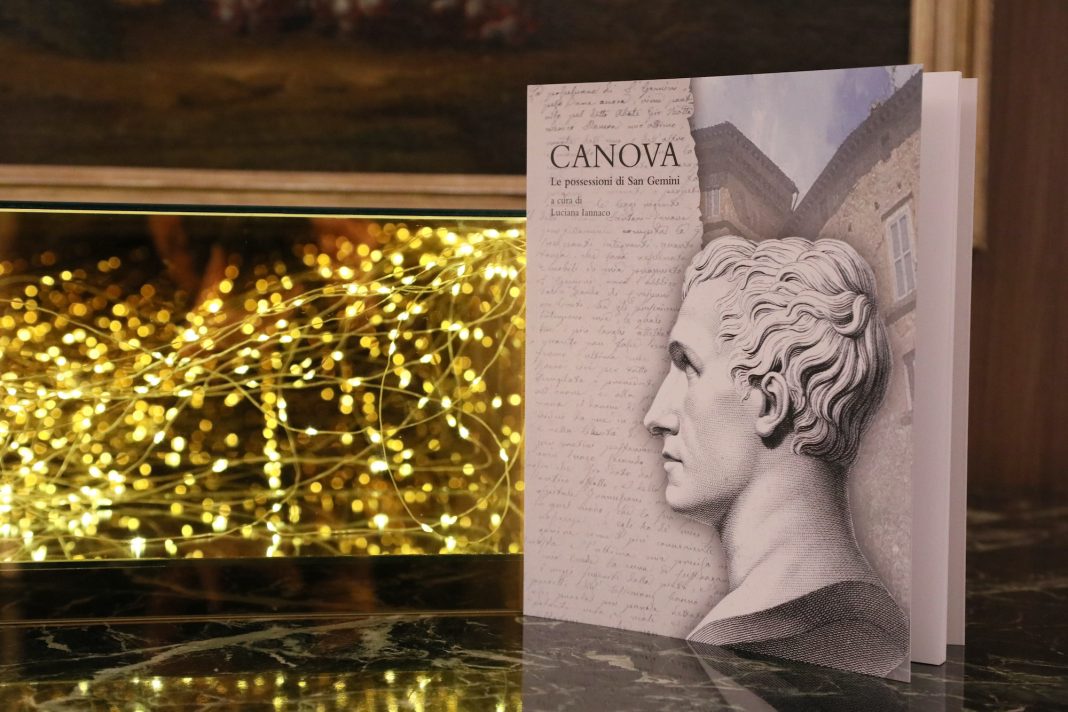 November 2022 saw the publication of the volume Canova – Le possesioni di  San Gemini (Canova – The Possessions of San Gemini), which recounts the sculptor’s relationship with the Umbrian municipality. The volume was presented at the Galleria degli Affreschi of the Grand Hotel San Gemini, recounting how the San Gemini area was a source of inspiration for several works that later made Canova famous on the international scene.

“After Canova was appointed inspector of fine arts, he came to San Gemini,” says curator Luciana Iannaco, “Right here Canova lived in a palace with fifty rooms, which, when he and his brother were in Rome, was guarded by the palace guards.

Antonio Tacconi, an entrepreneur who heads the group of the same name, confirmed the importance of enhancing territorial wealth. “After the works of Piero Gauli exhibited here, we collaborated on this volume on Antonio Canova.  If we do not know the history of the places where we live, how can we tell our children about them? We published a book in 2009 that illuminates the relationship between Canova and San Gemini. In the 200th year of the artist’s death, we were able to remember Canova with this other publication.”

Canova’s works are exhibited in various museums, including the Correr Museum in Venice; the Victoria and Albert Museum in London; the Louvre Museum in Paris; the Hermitage Museum in St. Petersburg; and the National Gallery in Washington.

Canova – The Possessions of San Gemini can be purchased at the Grand Hotel San Gemini and other sellers.