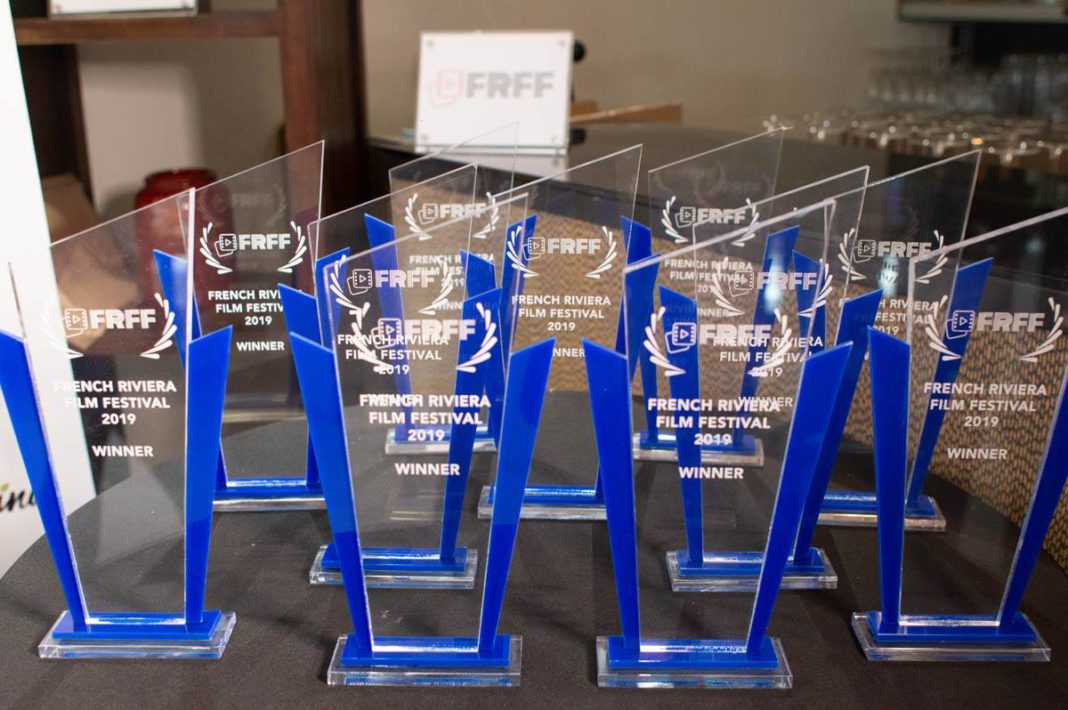 French Riviera Film Festival (FRFF) has signed a licensing agreement with  UK based ShortsTV, the world’s leading short movie entertainment company, to present select winning and finalist shorts from its 2019 competition on the channel’s North American platforms beginning next year, the announcement was made today by FRFF co-founders Nicole Goesseringer Muj and Gotham Chandna.

“We founded the French Riviera Film Festival to celebrate short film and short-form content from around the globe,” comments Chandna. “ShortsTV has a shared vision and this deal marks a perfect licensing collaboration. Film lovers who could not make it to Cannes last year will be able to enjoy the works by some of today’s most talented international filmmakers on the channel.”

“We’re delighted to partner with ShortsTV in this licensing agreement to offer our award-winning filmmakers from around the globe an amazing platform to showcase their short films,” adds Goesseringer Muj. “We look forward to fostering a long term partnership that hopefully will extend to films from our future festivals and to other territories where the channel is available.”

In response Covid-19 pandemic, FRFF producers Cloud21 International and Kultura PR International recently announced that the second annual edition of the two day festival will be rescheduled to September 2020 with screenings at Laemmle Film Center in Santa Monica, California and exclusive parties and an award ceremony at S Bar Brentwood.   The 2020 festival finalists will also be streamed online each evening. (Note: FRFF 2021 will be held once again in Cannes, France, during the time period of the Cannes Film Festival.)

Sci-Fi/Horror – The Desolation Prize: A gothic horror that draws its inspiration from old Hammer Films, and the works of Val Lewton, Robert Wise and Jack Layton, combining them all into a sort of John Carpenter aesthetic. (Director: Shane Day, Country: Canada)

Comedy – Matty Boy: A man with a suggestible mind (Emmy-winning actor Vincent De Paul), who ends up marrying a second wife out of a desperate situation faces the consequences of it. (Director: Dr. Shahid Kamal, Country: United Kingdom)

Comedy – Tumble Dry: Following his therapist’s advice to be more social, Gary, an aspiring NYC playwright, channels his obsessive compulsive tendencies towards online dating. With his “hit” play ‘The Waiting Room’ soon approaching, Gary risks exposing himself and his neuroticism to the world. But could this be the key to a real awakening? (Directors: Delia Kelly, Stephen Riscica, Country: USA)

Drama – Any Wednesday: A sensitive, delicate drama of disparate souls reaching for connection. An octogenarian with dementia, Agnes (Mary Black) meets PTSD-afflicted homeless vet C’Mo (Shane Dean) after choir practice and gives him a ride instead of going home. While her family frets, these two people—separated by age, race, class, and even diagnoses—bond in their frail humanity.  (Director: Allie Light, Country: USA)

Drama – Cycle: The film follows 10-year-old Elina as she observes her mother, Irene, in the aftermath of a violent fight with her husband Marcel.  Told backwards, we enter the story with a happy couple, cuddling on the couch and a very confused girl hiding in the shadows. The story unfolds, giving us clues as to what happened until we end at the beginning, with a happy family celebrating a birthday. (Director: Laura D’Antoni, Country: USA)

Drama – Graffiti: A brilliant spoken word artist turned Icon for love. A loyal best friend trying to connect. A grieving mother in search of answers and a graffiti artist just trying to paint. All of their lives entangle when one of them tries to let go. (Director: Divyansh Sharma, Country: USA)

Filmmakers and content creators can submit their films for the 2020 festival through June 15, 2020 at: https://filmfreeway.com/FrenchRivieraFilmFestival.

About SHORTSTV: ShortsTV is the first and only 24/7, linear and OTT HD TV channel dedicated to short form video entertainment, including movies and series. With over 13,000 titles, ShortsTV has the largest catalog of quality short form video entertainment, including award-winning and star-studded live action, animated and documentary shorts from filmmakers around the globe.  Distributed globally, the channel is available in 100 million homes across the US, India, Latin America, the Netherlands, Belgium and Eastern Europe.  It is available across the US on DirecTV (channel 573), AT&T U-Verse (channel 1789), AT&T TV (Channel 573), AT&T TV NOW, Frontier Communications (channel 789) Google Fiber (channel 603) and Hotwire (channel 560). In addition to the channel, ShortsTV distributes a significant catalogue of on-demand shorts through video-on-demand on iTunes in 92 countries, Amazon Instant Video (UK, US and Germany), Google Play (US and Canada), and Verizon and Frontier (US). Since 2006, ShortsTV has exclusively presented the ‘Oscar Nominated Short Films’ theatrical release in cinemas across the US and Canada, South America, Europe, India, Australia and South Africa.  ShortsTV is owned by Shorts International Ltd is headquartered in London, England and is represented in the United States by Shorts Entertainment Networks, a wholly owned subsidiary located in Los Angeles. The company is majority owned by Shorts Entertainment Holdings with AMC Networks a significant minority shareholder. The company is led by Chief Executive Carter Pilcher and is owned by Shorts Entertainment Holdings, with AMC Networks as a significant minority shareholder.