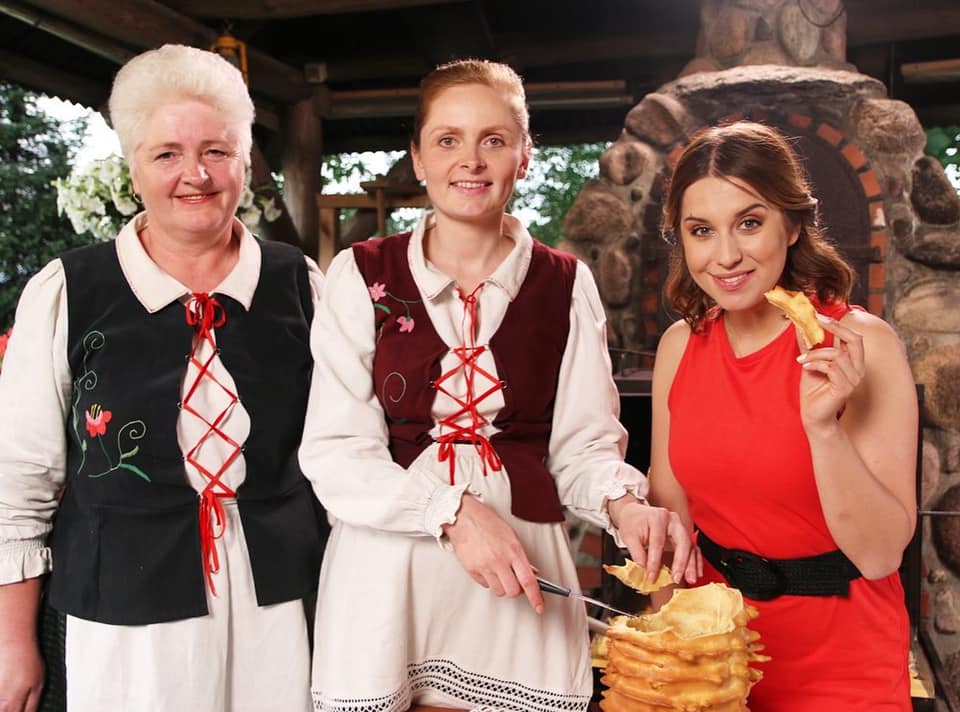 Flavor of Poland, a new culinary travel series about Poland, first premiered on American Public Television channels nationwide in January 2020. The series is the first of its kind focused exclusively on Poland, giving viewers a more in-depth look into the country’s history, culture and culinary heritage.

The series presents Poland as an open and welcoming country with European class and style, focused on its modernity and progression, while honoring its rich culture and national heritage. The program portrays a positive image of Poland and was created to celebrate the estimated 10 million Polish-Americans currently living in the United States.

In each episode, viewers are taken on a unique journey back to Poland by its host, Aleksandra August, an American actress of Polish decent, who was raised in the United States with European traditions.

Born Aleksandra Augustyńska, Aleksandra was born in a small town named Tuchów, located about one hour east of Kraków. When she was three years old, her family immigrated to the United States. Raised in Chicago, the place she calls her “second” hometown, Aleksandra is a graduate of Northwestern University, where she majored in theater and received classical acting training. She has appeared and worked on numerous theatrical productions, commercials, independent short and feature films in Chicago and Los Angeles.

In Flavor of Poland, Aleksandra returns to her native country to discover her roots and to answer all of the questions her friends in the United States have always asked her about her homeland. In each episode, she takes viewers to a new region of the country, where she uncovers the charm of the local culture and reveals the secrets of the region’s cuisine.

The series is produced by Independent Film Factory Inc., a Chicago based film and television production company, and Window to the World (WTTW), one of the leading APT stations in Chicago. Zbigniew Banas is the associate producer of the 13 episode series.