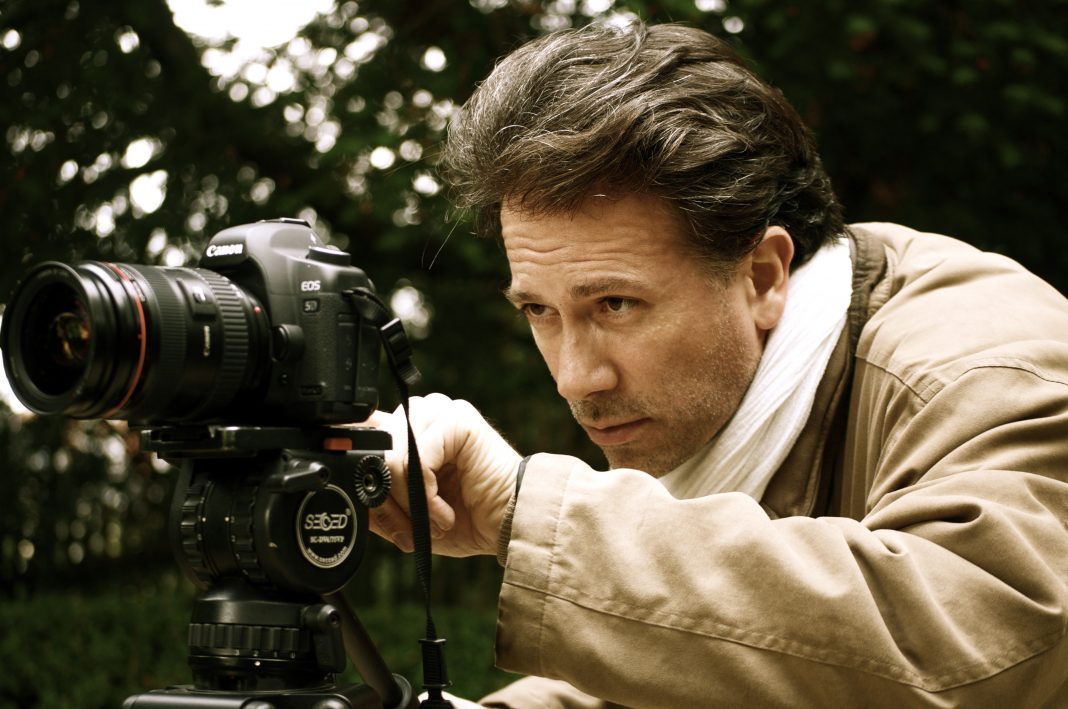 Bertrand Normand is a French filmmaker and producer. A graduate of Canada’s Vancouver Film School, he has directed both narrative short films and documentaries.

His latest short film, The Photographer, has participated in more than 70 festivals internationally and obtained 13 awards. His most renowned documentary, Ballerina, a portrait of five Russian ballerinas from the Kirov Ballet, has been released worldwide. His latest documentary The Rocking Baritone has just been completed.

In 2016, Normand founded the production company Les Films du Jour Prochain, which has produced the short films The Taste of Ginger, by Jean-Robert Thomann and Iskra, by Adrian Replanski, both finalists in the 2021 French Riviera Film Festival. (Passes available at: https://itsashort.com/frff ) He is currently developing and producing a number of narrative films and feature-length documentaries internationally. IEM had the chance to catch up with this talented filmmaker.

Tell us about ‘The Rocking Baritone.”

“The Rocking Baritone” is a feature-length documentary about Russian opera singer and rocker Evgeny Nikitin. I decided to make it after directing several documentaries about artists of the Mariinsky Theatre, including “Ballerina”, which was released worldwide. I was inspired by this very unique artist and wanted to document his art and life. Besides, I thought he would be the right character to help make the art of opera more accessible to a wider audience.

I started shooting this film in 2013. My plan was to complete it within two to three years, but it so happens that my producer went bankrupt and suddenly I needed to find solutions to further fund the documentary and complete it. Furthermore, there were more things which I wanted to shoot for it. As a result, the process took a few more years. Eventually, I found a co-producer in Russia and thanks to him the film could be finished. The editing and post-production have taken place in Saint Petersburg and we have just finished it.

You have produced two short films recently under the banner of your production company Les Films du Jour Prochain.  Why did you decide to venture into producing?

I decided to venture into producing because the producers with whom I have been working have either gone bankrupt or have not been able to find the means to make some of my latest projects come true. Therefore, I have had to become a producer myself. Being a producer has not only helped me complete some of my projects in progress, but it has allowed me to help other directors make their films come true, including Jean-Robert Thomann and Adrian Replanski.

What is the best professional advice you ever received and who was it given by?

The best advice I have received is “Don’t wait, just do.” It was given by Jack Garfein, a famous filmmaker and stage director who was my acting teacher.

How do you see the film industry changing in the next five years?

In five years, hopefully, I shall have directed my first narrative feature film and shall be working on new fiction projects, either feature films or series.

In the next five years, it is likely that internet platforms will consolidate their dominance of the market. At the same time, more and more people are going to make films, because everyone wants to do that and technical progress will make it possible and affordable for many to make professionally well-crafted works. Yet it will be more and more difficult for films to find their audience, so the competition will be hard to get the platform’s attention and interest.

How has your international perspective helped you on your professional journey?

I studied in a European business school, and then in a film school in Canada. I did my military service working for the French Embassy in the Philippines. These experiences have given me an international perspective which has certainly helped on my professional journey. First of all, I have worked mostly on projects which have been shot or even made completely out of France. Secondly, I collaborate with co-producers, sales agents and distributors abroad thanks to whom my films have a higher international scope and more prospects in other countries and worldwide. The film industry tends to be more and more globalized and an international perspective certainly helps on all levels.

Normand will be a panelist on the fourth annual Global Entertainment Showcase, scheduled for Sunday, July 11, 2021 at 10 AM PST/7 PM CET. Register for the complimentary event at: https://www.eventbrite.com/e/4th-annual-global-entertainment-showcase-registration-161339632183