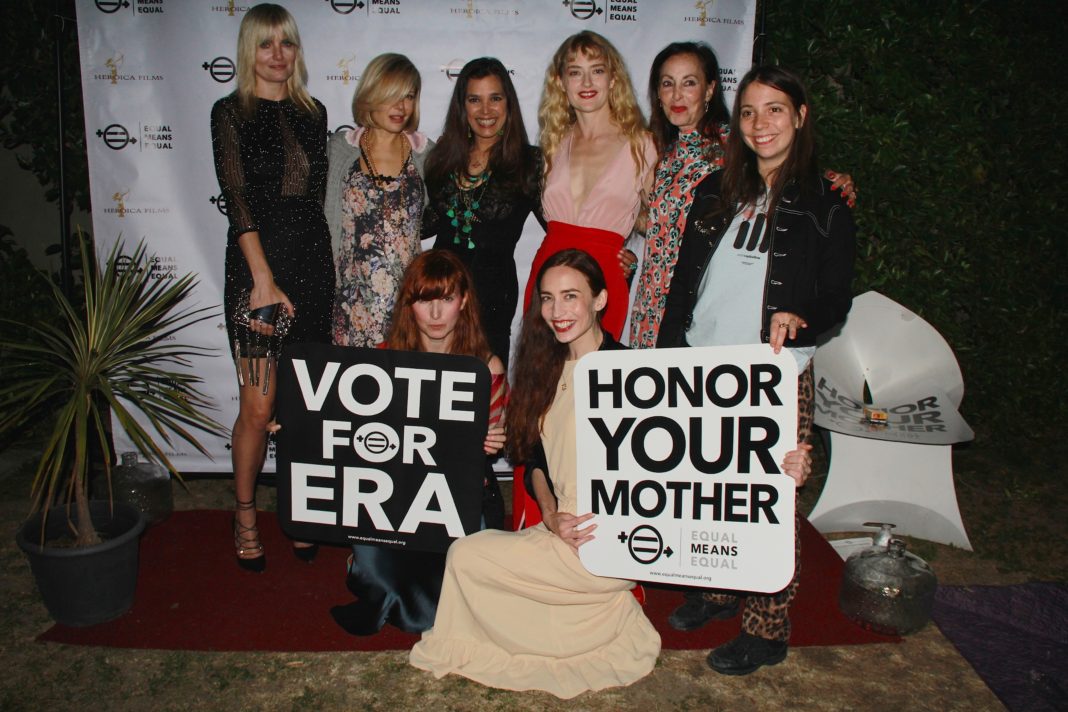 Women’s rights nonprofit Equal Means Equal (www.equalmeansequal.org) held an exclusive fundraiser on Friday, June 15 at a private home in West Hollywood, placing the spotlight on the  need for the ratification of the Equal Rights Amendment (ERA).

Kamala Lopez, executive director, Equal Means Equal and president of Heroica Films, launched the movement and accompanying film to educate Americans about the importance of equal rights for women under federal law.

Equal Means Equal is a labor of love that Lopez embarked on over eight years ago when she first realized that women still did not have Constitutional protections in the United States. The Equal Means Equal initiative supports the ratification of the ERA in its current form with the objective of educating individuals and engaging communities regarding the role of the amendment in eradicating inequities facing women across the United States.   The ERA, which simply reads: “Equality of rights under the law shall not be denied or abridged by the United States or by any State on account of sex,” was first introduced in 1923 and passed by Congress for States’ ratification in 1972.  The ERA guarantees Constitutional rights equally to all persons regardless of their sex.

Lopez began the ERA Education Project in 2009, creating multi-media PSAs, video FAQs, social media campaigns, educational videos and sites, piloting curriculum and travelling around the country speaking to groups, as well as students in colleges and high schools. She believes the ERA should be universally embraced across all race, class and gender lines, and has been the keynote or featured speaker at the Smithsonian Institution’s National Portrait Gallery, the United Nations, The National Arts Club, YaleWomen Global Conference, as well as to “at-risk” girls and other children in former Los Angeles Mayor Villaraigosa’s Partnership for LA schools.

The film, that was screened at the event, is executive produced by Liz Lopez and Patricia Arquette, and received Best US Documentary Audience Award in 2016 at Michael Moore’s Traverse City Film Festival.