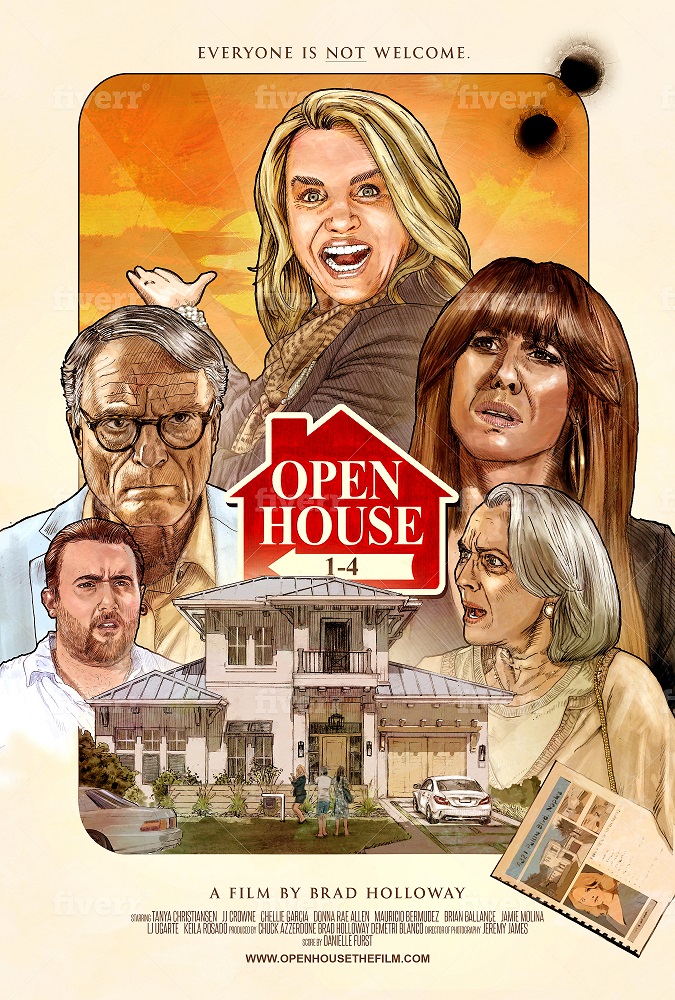 “I’m delighted to have my dark comedy Open House 1-4’s world premiere on It’s A Short,” comments Holloway. “I think the hot button issues explored in the film – being robbed at an open house and stereotypes about potential buyers – will resonate with viewers. I look forward to sharing my film with comedy fans from around the globe and hopefully lighten up the mood during these trying times.”

Open House 1-4 places the spotlight on the concept of the cultural phenomenon in the United States, the “open house”.  Every weekend, realtors fan out across the country planting open house signs, inviting prospective buyers into private residences. But when a snooty realtor in an upscale Florida neighborhood suspects a Latino couple who stops by her open house is there to rob her, she informs her other guests, and all hell breaks loose.

Brad Holloway has been a working screenwriter for twelve years. He sold his first feature script Black Box to Warner Brothers with Lorenzo Di Bonaventura (Transformers). He went on to write feature length scripts and pilots for Warner and other major studios, including Paramount, and Lionsgate, working with producers Jason Blum, Michael De Lucaa and Rodrigo Teixeira and director James Mangold. His current projects include The Games of 1940 with RT Features (Ad Astra, Call Me Your Name), based on an original idea by David Seidler (Oscar winner for The King’s Speech), Conception with producer Dylan Russell and director Fulvio Sestito, Swine with producer Nikki Stranghetti, and Carnival with Robert Lawrence (The Kingkiller Chronicle with Lin Manuel Miranda, Clueless, Die Hard With A Vengeance).

It’s A Short is committed to supporting independent media by facilitation a direct and rewarding connection between the creator and audience to watch award-winning short film, video and Web series.