International film icon Ralph Fiennes, celebrated as one of cinema’s most talented and intuitive actors, will be the recipient of the prestigious Outstanding Achievement Award at the 40th edition of the Cairo International Film Festival (CIFF) that runs from 20-29 November, 2018. https://www.ciff.org.eg/

In recognition of his distinguished service to the film industry, Fiennes is set to accept the accolade during the gala screening of his latest film which he also directed titled ‘The White Crow,’ about Russian ballet legend Rudolf Nureyev’s youth and defection to the West in 1961. The screening is set for Monday, November 26 at The Cairo Opera House.

In conjunction with the prestigious award, fans and industry members alike will also have a once-in-a-lifetime chance to hear the double Oscar-nominated and BAFTA winning actor, director and producer’s unique story with an ‘in-conversation’ event on Tuesday, 27 November at 4:30 pm in the Cairo Opera House. 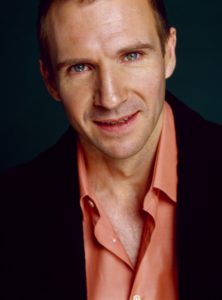 CIFF’s President, Moh Hefzy commented: “Ralph Fiennes is without a doubt one of the finest talents of our generation, an outstanding and versatile actor, gifted director and accomplished producer. His screen presence has captivated audiences since his earliest roles and he is one of the most versatile actors working today and we are very much looking forward to welcoming him to CIFF for the first time. Not only are we proud to be able to honor his outstanding career, but to be able to introduce him to the Egyptian film community through a public in conversation event is very special.”

Fiennes entered the world of cinema playing Heathcliff in ‘Wuthering Heights’ (1992). The following year, he portrayed one of the most memorable and crucial roles of his career in Steven Spielberg’s ‘Schindler’s List,’ earning international recognition with an Academy Award nomination and a BAFTA win. He earned critical praise for his work in ‘Quiz Show’ (1994) and another standout performance in ‘The English Patient’ (1996), for which he received another Oscar nomination.  He also continued to act onstage and earned a Tony Award for his portrayal of the title character in the 1995 Broadway production of Shakespeare’s ‘Hamlet.’

Fiennes gained further attention with his career reaching a new height when he starred as arch enemy Lord Voldemort of ‘Harry Potter,’ in the films of the JK Rowling fantasy novels. In the same year, he starred in the highly acclaimed ‘The Constant Gardener.’ Throughout the 2000’s his career went from strength to strength with acclaimed roles in ‘In Bruges’ (2008), ‘The Duchess’ (2008), ‘The Hurt Locker’ (2008) and ‘The Reader’ (2008).

In 2011, Fiennes made his directorial debut with a modern-day adaptation of Shakespeare’s ‘Coriolanus,’ in which he starred as the title character. In 2013, he starred and directed the acclaimed ‘The Invisible Woman.’  Additional credits include, ‘Skyfall’ (2012) and ‘Spectre’ (2015) and in 2014, he received rave reviews for his role as the concierge Gustave H in Wes Anderson’s ‘The Grand Budapest Hotel’ and in the Coen Brothers’ Hollywood farce ‘Hail, Caesar!’