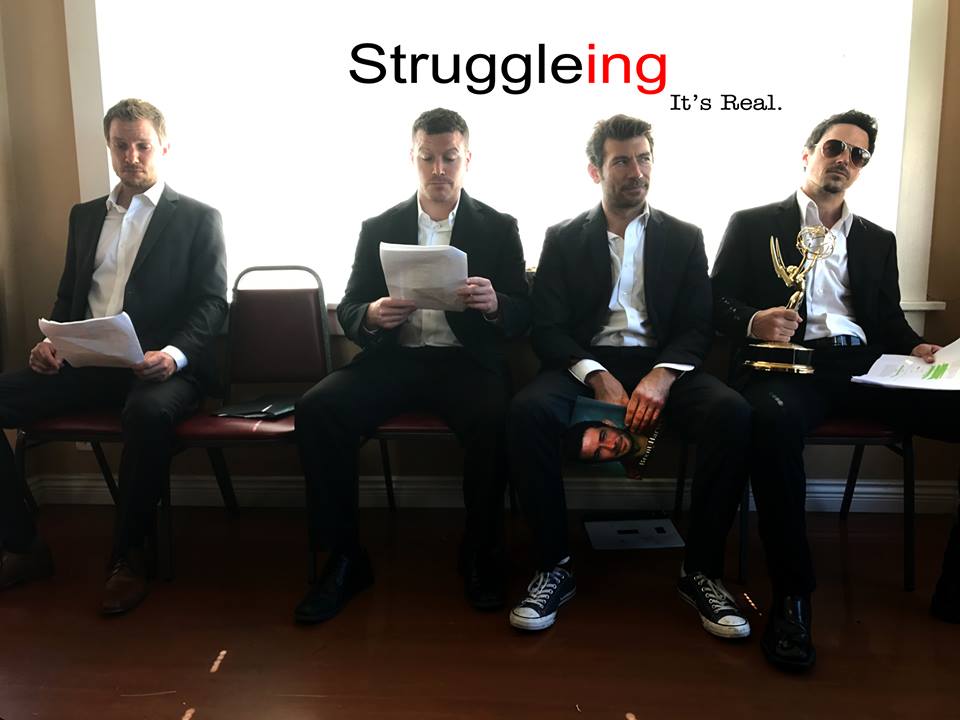 Written in six days, filmed in 14 and produced for about $450 US, the Web series “Struggleing” by Brent Harvey https://www.facebook.com/brentharveyfilms/  is a true underdog for Emmy consideration this year.

Marine Corps combat camera veteran Harvey came to Hollywood after leaving the service to pursue his childhood dream to become an actor. The road has been tough, but also funny and inspiring.

“I wanted to creatively express my frustrations with Hollywood in a fun way, while explaining to my Midwestern family what my life was like,” says Harvey about his decision to create the Web series. “I also wanted to prove to others it could be done, hopefully inspiring them to take charge of their careers.”

A like-minded group of actors easily saw their own frustrations in Harvey’s scripts and pitched in for the whirlwind production that involved 46 actors playing 76 parts. Harvey is the thread that pulls the stories together, offering his views on auditioning, getting an agent, navigating the gig economy to make ends meet and even finding love, all while chasing the Hollywood dream.

Joanna Bronson, the series’ director, executive producer and supporting actor, sees the production itself as its own kind of inspiration. She adds, “Just putting this series together shows the way technology, creativity and Hollywood are intersecting in entirely new ways now to create the new possibilities for TV series and films to be produced. Content can be shared with the world by anyone who has a story and the fortitude to tell it.”

Harvey hopes aspiring actors and other production professionals will gain some wisdom after viewing the series. He comments, “We live in a world of infinite possibilities. If you create your own content, you can pave your own path to success as you see fit. You may not out-talent everyone, but you can, for sure, out-work everyone to the top.”

Attention 2018 Emmy Voters –  nomination selections are open until June 25. Nominees will be announced on July 12.