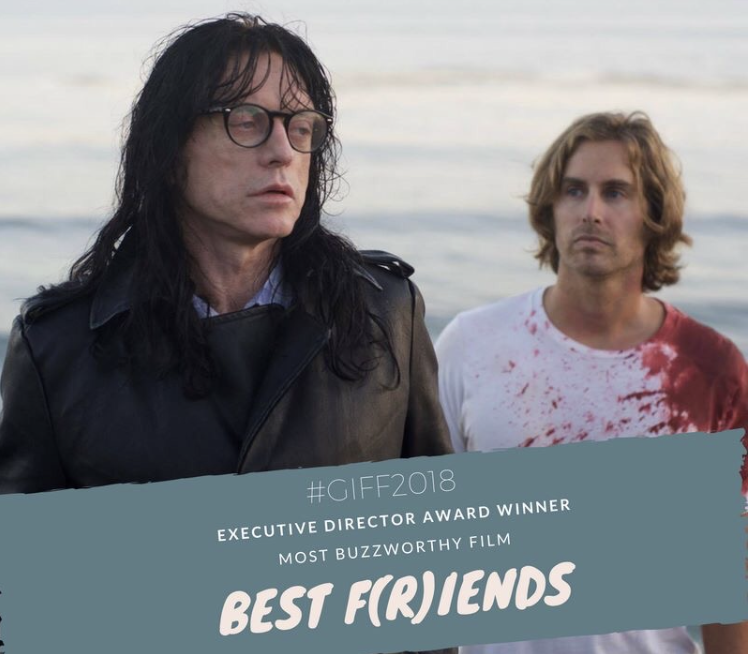 Part one of the new film Best F(r)iends, reuniting The Room and The Disaster Artist’s Tommy Wiseau and Greg Sister, will debut from March 30 to April 2, 2018 in limited release nationwide, with the Los Angeles premiere set for March 28 at the legendary Egyptian Theater. Following the premiere will be a Q&A with Sestero and Wiseau, moderated by LA Times’ Jen Yamato.

This marks the first movie for Sestero and Wiseau since 2003’s The Room.  Best F(r)iends is a noir thriller set in Los Angeles with Wiseau cast in a lead role as Harvey, a mortician, and Sestero as his co-star Jon, a homeless drifter who is visibly covered in blood. The two embark in a money-making scheme that unfolds throughout the film.

“Working with Tommy is not easy. It can be tense, unpredictable and very tiring… but I was passionate about giving Tommy a chance to succeed as an actor. It pushed to follow through on my vision for Best F(r)iends,” said Sestero. “In this new role that I created for him as an eccentric mortician, it is just that, and he can act in a way that tells the story without making him the joke. He studied very hard for this role took direction very well. I think the audience is really going to appreciate his performance, in a different capacity than in The Room.”

“It has been 15 years since The Room was released,” adds Wiseau. “Greg had an idea to make a new movie. Something very different from The Room. A thriller. Something unique. It was a very interesting role for me. A mortician running business in underground Los Angeles. I challenge myself as an actor, and I think audiences will get a nice surprise.”

The movie, directed by Justin MacGregor, made its film festival debut on March 23 at the Gasparilla International Film Festival in Tampa, where it received the 2018 Executive Director Award and ‘Most Buzzworthy Film’ distinction. The film will open in limited release across the United States on March 30, with part two set to debut on June 1- 2, 2018.

Sestero gained attention as a writer when he hit the NY Times Best Seller list for his 2013 book The Disaster Artist: My Life Inside The Room, the Greatest Bad Movie Ever Made that was adapted for the Golden Globe award-winning and Oscar® nominated 2017 film The Disaster Artist, starring James Franco and Dave Franco, along with Seth Rogen and Allison Brie, with cameo appearances by Zac Efron and Sharon Stone.