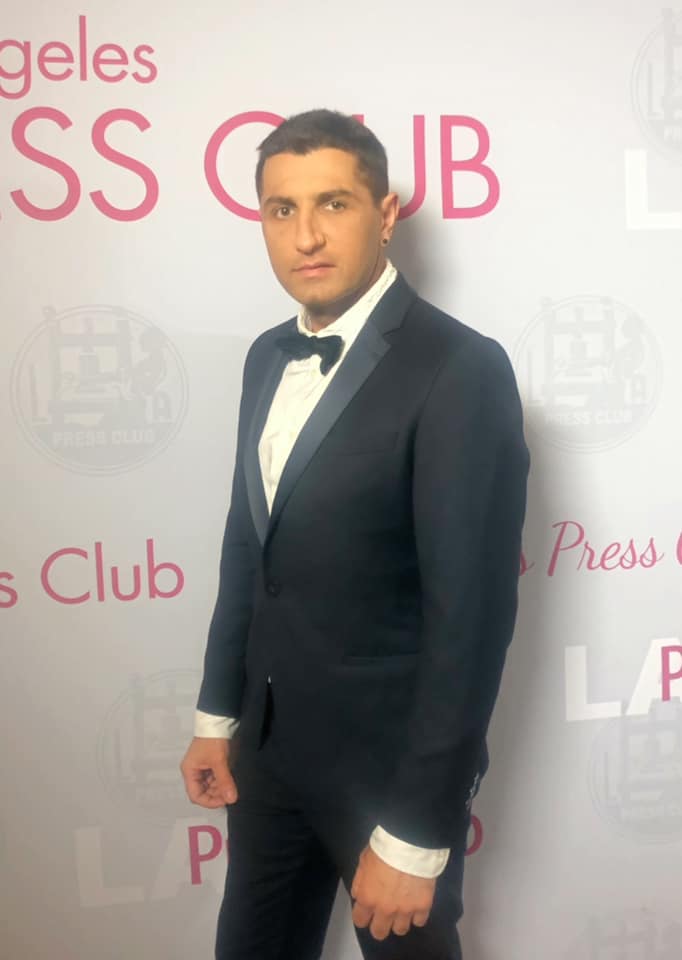 “I am honored, humbled and grateful to be named a finalist in seven categories for LA Press Club’s 62nd Annual Southern California Journalism Awards,” comments Gerami. “As a proud gay, Armenian-American, I am pleased that stories featured include activism and social justice for the LGBTQ+ and Armenian communities.”

A proud Armenian-American, Gerami first moved to Los Angeles on his 15th birthday and did not look back. As a gay activist, he has written in the three most prominent Armenian-American publications about homophobia, social justice and the Armenian Genocide.

In 2018, he wrote an open letter to the Prime Minister of Armenia, Nikol Pashinyan, urging him to act against rampant anti-LGBTQ hate crimes in Armenia. The letter was published in Armenian Weekly, California Courier and The Pride LA.

As a founding board member of Equality Armenia, a non-profit with the mission to realize marriage equality in Armenia, Gerami wrote an article in Asbarez, the most popular Armenian-American publication, announcing that a high-ranking Armenian cleric has joined the organization’s board of directors. In 2020, he penned an article titled ‘Denial is the Last Act of a Genocide,’ on the eve of the 105th anniversary of the Armenian Genocide.

A noted journalist and columnist, Gerami is also a radio show host, media contributor, as well as publisher and editor of The Blunt Post.  Today reaching national international audiences, Gerami first built a foundation of knowledge and skills by learning the media industry during his years at FrontiersMagazine, followed by positions at LA Weekly and Voice Media Group.

In past years, Gerami’s syndicated celebrity Q&A column, 10 Questions with Vic, is a two-time finalist in the Los Angeles Press Club’s National Arts and Entertainment Journalism Awards’  “Columnist of the Year” category. A few of the many celebrities whom Gerami has interviewed include Melissa Etheridge, Paula Abdul, Dan Reynolds, Kathy Griffin, Matthew Modine, Laverne Cox and Marianne Williamson.

Gerami is the host and producer of his prime-time radio show, THE BLUNT POST with VIC on KPFK 90.7 FM. The program covers national breaking and headline news, politics, and current events, and Gerami offers analysis and commentary. He also interviews a high-profile member of Congress on every show. A few of his recent guests have included Congressman Adam Schiff, Congresswoman Jackie Speier, Congressman Tony Cardenas, Congresswoman Maxine Waters, and many others.

The Wall Street Journal featured Gerami as a “leading gay activist” its landmark 2008 coverage of opposition to Proposition 8, the ballot measure that for years denied same-sex couples in California the freedom to marry. In addition to his years of volunteer work as a leading advocate for marriage equality, later Gerami went on to serve as a Planning Committee member for the historic Resist March in 2017.

In 2015, Gerami was referenced in the landmark Supreme Court civil rights case, Obergefell v. Hodges, in which the Court held in a 5–4 decision that the fundamental right to marry is guaranteed to same-sex couples by both the Due Process and the Equal Protection Clauses of the Fourteenth Amendment to the United States Constitution.

Huge congrats Vic Gerami…and Cher if you are reading this, Vic would love to have lunch with you one day soon!