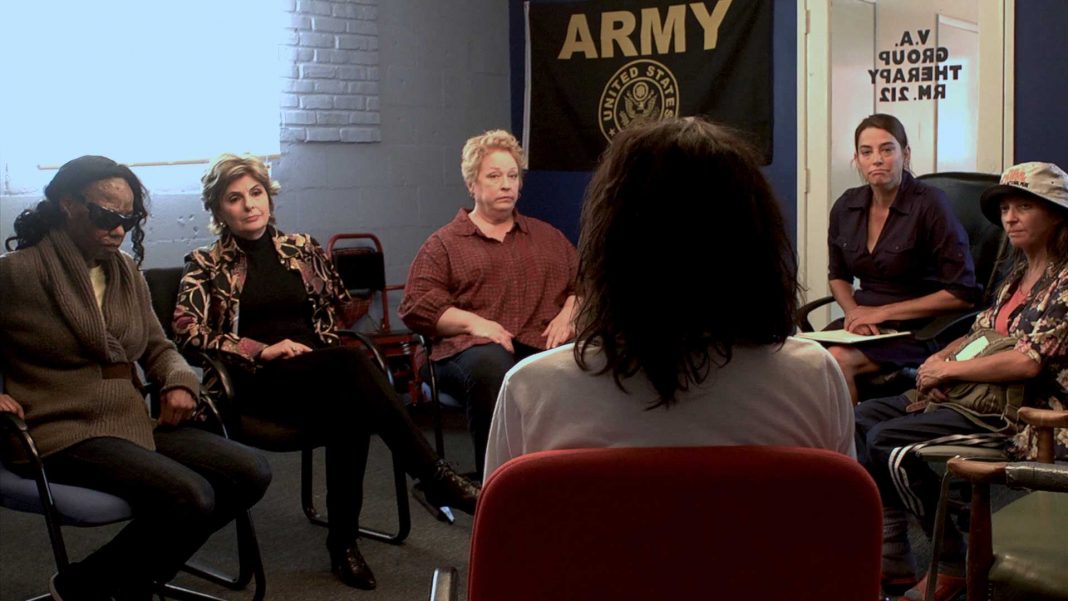 We’re in the midst of the 24th annual DANCES WITH FILMS, with daily screenings at the TCL Chinese Theatres in Hollywood. Highlights of the first half of the fest that runs through September 12 include:

Set in Los Angeles in the early 90s, Jacky Song’s latest film INCOGNITO tells the story of Isabel and her claim that she has teleported from the past. Authorities are convinced that the young woman is delusional and admit her to a mental asylum. The shocking truth of Isabel’s mysterious past starts to unfold when her doctor, Dr. Pahres, begins to investigate her wild time-traveling claims. The genre-bending film is inspired by true events and explores the moral differences of two conflicting eras. The film starts Greg Kriek, Tom Wade, Autumn Harrison and Jodi Bianca Wise.

Song has been attracted to paranormal mysteries and the subject of time travel since he was a boy growing up. Since moving to LA in 2013, he has produced many films and mini-series, has been nominated for the 47th Student Academy Awards (the student Oscars), and won the Jury Award in the Narrative Shorts category at more than 30 film festivals around the world. His most recent projects include The Last Silence and Lonely In The Dusk.

Written and directed by Robert Gregson  A Good Couple is about the relationship between perfect and good, fantasy and reality, and what people are willing to do for love. Julia (Julie Ann Earls) is frustrated with the reality of who she’s dating and wishes she could actually be in love, but her relationship to love is complicated by the perfection she’s imagining. Although her boyfriend Dan (Alex Mandell)  changes and she gets what she wants, she pays a heavy price. Characters literally double and split as their desire for fantasy diverges further from reality.

Directed by Michelle Bossy and written by Elizabeth Narciso, the short film klutz. is the story of Zowie, who lost her sister and is falling down on the job of life. Can’t love. Won’t go out. Refuses to work properly. But she stumbles upon an accidental superpower: when she falls, when she feels pain — gravity bends so that she can see her sister again. However, the space-time-continuum giveth, the space-time-continuum taketh away, and the next time she hurts, her sister is gone. Frustrated and depleted, Zowie is torn between moving on or withering on the vine. So, in a whiskey fueled dream-state she makes a choice: to fall one last time. On purpose.

Untold: This is My Story (feature) | World Premiere, September 6th

Based on the writer/director Gina M. Garcia’s harrowing true life story, Untold: This is My Story tells of Gina’s abduction at age eight by the same man many agree was the person who murdered Adam Walsh (son of America’s Most Wanted host John Walsh). After repressing this childhood trauma, Gina’s adult life starts becoming negatively impacted by her PTSD until she finds the support she needs to some though and finally heal.

Featured Image: Untold: This is My Story

Photos/Videos: Courtesy of DANCING WITH FILMS